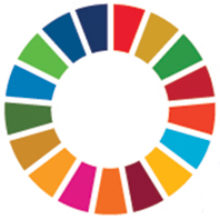 To celebrate our 75th anniversary in 2020, we are embarking on a project that will demonstrate the value and raise the profile of microbiology in addressing the UN Sustainable Development Goals. In this issue of Microbiology Today, we present a major scientific initiative taking place at the international level: The Global Sustainability Development Report.

The United Nations Sustainable Development Goals (UN SDGs) are a call for action by all countries – low-, middle- and high-income – to promote prosperity while protecting the planet. As we write this article, the world has less than 12 years remaining to achieve the ambitions of the 2030 Agenda for Sustainable Development. According to the latest report from the Intergovernmental Panel on Climate Change, we also have less than 12 years left to limit the global average temperature rise to 1.5 °C. In the next few months, the attention of the international scientific community will be focused on the Global Sustainability Development Report (GSDR), a document that aims to provide guidance from a scientific perspective to support policy-makers in striving towards achieving the SDGs.

The Independent Group of Scientists

The next GSDR will be published this year and will be the first of a quadrennial series that will inform the high-level global reviews of the 2030 Agenda at the UN. The report is expected to make recommendations ‘on the state of global sustainable development from a scientific perspective’ and provide the lessons learned during the first four years of implementation of the SDGs, ‘while focusing on the challenges, addressing new and emerging issues and highlighting emerging trends and actions that may have an overall effect on sustainable development’. Before leaving office, former Secretary-General Ban Ki-moon appointed 15 experts, representing a variety of backgrounds, scientific disciplines and institutions, to draft the GSDR. Endah Murniningtyas (Indonesia) and Peter Messerli (Switzerland) serve as co-chairs of the Independent Group of Scientists (IGS) supported by a task team co-chaired by six UN entities. The disciplines of biology and microbiology are represented by Katherine Richardson (Denmark), Ernest Foli (Ghana) and Peter Messerli (Switzerland). Scientists from around the world have recognised the IGS’s high interdisciplinarity, but have also noted that the group will have to work within the limited resources allocated to the GSDR process. 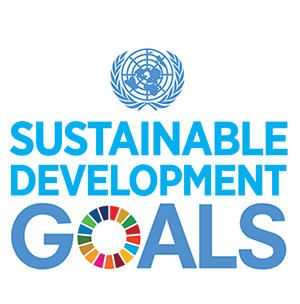 The GSDR and microbiology

The microbiology community is in a unique position to help tackle many of the SDG targets. Microbiologists have been working for decades on problems like antimicrobial resistance (AMR), a phenomenon that remains a threat to global development at large. Background work on the GSDR highlights that more research and development investments are needed in the field of antimicrobial research and that SDGs should be used as a platform through which AMR’s threat to the world’s sustainable development can be addressed collaboratively.

The Microbiology Society’s ‘A Sustainable Future’ project will promote knowledge exchange by bringing together microbiologists, scientists, industry, NGOs and policy-makers, to champion the importance of microbiology in sustainable development. Microbiological expertise will be used to explore solutions and influence national and international implementation plans. This will drive us towards the Society’s vision of a world in which the science of microbiology provides maximum benefit to society. Read our article published in the February issue on the SDGs project for more information (microb.io/2TmNlee).

We spoke with Professor Otto Cars, founder of ReAct – Action on Antibiotic Resistance, about the UN’s role in devising sustainable and global solutions to tackle AMR. Professor Cars highlighted that the world has failed to keep pace with the issue of AMR, despite many proposals in recent decades. He further explained that, if AMR cannot be eliminated, it can still be managed through concerted efforts to slow down its pace. ReAct recently urged the international community to take up the work on AMR, highlighting that low-income countries experience the combination of the greatest burden of infectious diseases and the weakest healthcare and agriculture systems. It is hoped that the GSDR will acknowledge the need to increase financial and technical support from global funds to support countries in the early phases of implementing National Action Plans on AMR.

Please visit the 'A Sustainable Future' page on the website for further details on the project, including opportunities to contribute.