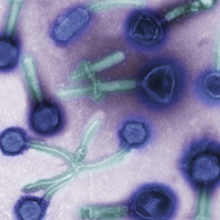 In 2014, UK Prime Minister David Cameron commissioned a major review on antimicrobial resistance. The review, led by Jim O’Neill, aimed to “Analyse the global problem of rising drug resistance and propose concrete actions to tackle it internationally”. The findings of the review made for sober reading.

Without policies to stop the spread of antimicrobial resistance (AMR), by 2050 up to 10 million lives could be lost per year to untreatable infections. Dire as this projection is, it gets even worse when you consider that much of global food production is directly or indirectly reliant on antimicrobials. The quantity of antimicrobials used in food production is estimated to at least equal that used for human medicine. Furthermore, in some countries more than 70% of medically important antibiotics are also used in livestock. Add to this the lack of financial incentives for pharmaceutical companies to develop new antimicrobials and you have a dysfunctional system unfit to meet our needs.

The O’Neill report highlighted the need to reduce our reliance on antimicrobials by developing alternative therapies. This was echoed by a recent The Lancet Infectious Diseases report, jointly funded by the Wellcome Trust and UK Department of Health and Social Care, which recommended a broader-based approach, including ‘non-compound’ therapies. Of the 10 most promising technologies they identified, three were based on bacteriophage, and all of these were categorised as ‘Tier 1’ treatments which were sufficiently advanced to warrant clinical trials.

Bacteriophage (often abbreviated to ‘phage’) are viruses which infect and kill bacteria. The idea of using them to treat infections (aka ‘phage therapy’) is not new, and predates the discovery of antibiotics by approximately 10 years. Early in the 20th century, Félix d’Hérelle, who co-discovered bacteriophage, conducted several phage therapy experiments in animals and humans, successfully treating bacterial dysentery, bubonic plague, cholera and Salmonella infections among others. Phage therapy fell out of favour in the West during the 1930s and 1940s, due partly to a poor understanding of bacteriophage biology, and also the rise of antibiotics, which was seen as more promising. The resurgent interest in phage in the West in recent years is chiefly a consequence of AMR.

Phage have many potential advantages as antimicrobials. They are self-replicating and self-limiting; multiplying only when susceptible bacteria are available. Unlike antibiotics, they are specific to a genus, species or strain of bacteria and can precisely target bacterial subpopulations. This reduces the possibility of imbalances of microbiota (dysbiosis) which have been linked to disorders such as inflammatory bowel disease, coeliac disease, asthma and metabolic syndrome. Few side effects have been reported for phage therapy, so they could be useful substitutes for patients who are allergic to antibiotics. They can be prepared inexpensively, and locally, which facilitates their use in underserved populations (e.g. in developing countries). They can also be targeted towards receptors on the bacterial cell surface which are involved in virulence. The loss or modification of these receptors by the bacterium often leads to attenuated virulence. 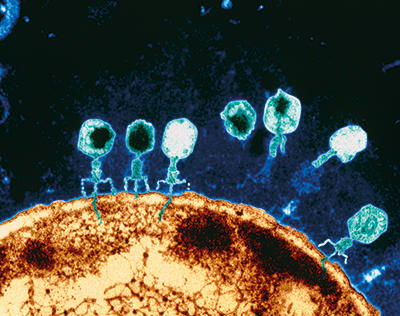 Applications of phage in livestock

Interest in phage therapy in livestock was rekindled during the 1980s with some exquisitely designed experiments by H. Williams Smith. This work, initially performed in mice, then in cattle, demonstrated that a single dose of phage was as effective as multiple doses of antibiotics when treating systemic Escherichia coli infections. Subsequent experiments demonstrated that phage can be used both prophylactically and therapeutically to treat intestinal and systemic diseases in a range of livestock, including chickens, pigs, cattle, sheep and fish.

Phage therapy in livestock has been largely directed towards foodborne zoonoses, chiefly those caused by Campylobacter, Salmonella, E. coli and Listeria. The phage used for this purpose are often characterised as exclusively lytic, i.e. their infection cycle does not involve integration in the bacterium’s chromosome (a property of ‘temperate’ bacteriophage). The use of lytic phage arguably improves the predictability of phage therapy, and also reduces the possibility of phage-mediated transfer of DNA between bacteria. More recently, it has become commonplace to sequence and annotate the genomes of candidate therapeutic phage to ensure they do not carry potentially harmful genes associated with virulence or AMR.

Phage treatment of systemic infections in animals is usually by intravenous or intramuscular injections whereas gastrointestinal infection or colonisation is usually treated by phage supplementation of feed or water. Experimental phage therapy trials typically report a 90 to 99% reduction in the targeted bacterial population, and sometimes much greater. However, the phage do not usually eliminate their targets. Once the bacterial population falls below a critical level (sometimes called the ‘phage proliferation threshold’) it becomes less likely that the phage will come into direct contact with the bacteria and initiate an infection. This scenario is perhaps more likely in the guts of animals than other environments because phage may attach to particles of food or non-host ‘decoy’ bacteria, which will further reduce the available pool of phage. In addition, the host bacteria are not evenly distributed throughout the animal gut, but exist in localised populations and particular environmental niches which may not always be accessible to the phage.

A 99% reduction in bacterial pathogens has been shown to significantly improve clinical outcomes in many experimental livestock infections, including cattle, pigs and chickens, and is comparable to reductions seen with therapeutic levels of antibiotics such as enrofloxacin in poultry. Selectively reducing bacterial populations to this degree may also result in appreciable public health benefits. For example, some estimates suggest a 99% reduction in the level of Campylobacter on retail chickens would reduce the number of human campylobacteriosis cases by more than 30-fold.

Despite impressive results in experimental infections, there are some important limitations on the useful scope of phage therapy. Phage are unlikely to be effective for the treatment of tuberculosis, brucellosis or other diseases involving intracellular pathogens. The specificity of phage also makes them less useful in the treatment of polymicrobial infections. The emergence of phage-resistant pathogens is also a concern, but can be addressed by using ‘cocktails’ of phage, targeting different receptors. In addition to these technical limitations, there are practical considerations, such as where phage fit into national and international regulatory frameworks which are not designed to deal with ‘living’ antibiotics. Also, like antibiotics, there is no financial incentive for pharmaceutical companies to develop phage-based therapeutic products. Finally, there are concerns about the public acceptability of food, or food animals, deliberately treated with viruses.

The rise of antimicrobial resistance has forced us to reappraise phage therapy as an alternative or adjunct to antibiotic treatments. While phage are unlikely to be a panacea, they clearly have significant potential to control bacterial infections which may no longer be amenable to antibiotic chemotherapy. As such, phage therapy promises to be a valuable tool in the fight against antimicrobial resistance.

Antimicrobials in agriculture and the environment: reducing unnecessary use and waste. Review on Antimicrobial Resistance, December 2015. microb.io/2kM5Zcq. Last accessed 17 July 2018.

Robert Atterbury is a lecturer in Veterinary Microbiology and Public Health at the School of Veterinary Medicine and Science, University of Nottingham. His research themes include the epidemiology and control of bacterial pathogens, with a focus on utilising biological controls such as bacteriophage to treat antimicrobial-resistant infections.

I have been interested in microbiology since primary school, when I opted to do a research project on fungi. During my undergraduate degree at the University of Nottingham, I was very lucky to have a number of inspirational and talented lecturers. My microbiology lecturer, (now Professor) Liz Sockett, is a brilliant science communicator and ambassador, and was particularly inspiring for me as an undergraduate – so much so that I ended up working in her lab as a postdoc! Liz’s final year undergraduate course in pathogens cemented my interest in this area, and set me on course for a microbiology PhD, using bacteriophage to control Campylobacter.

Interest in phage has grown considerably since I entered this field in the early 2000s, largely because of their potential as biocontrol agents. Relatively few bacteriophage have been well-characterised genetically, and this will have to change (and it is) if we are serious about using them for larger-scale therapeutic applications. This information will feed into the growing area of phage engineering and synthetic biology, which may help to address some of the limitations of classical phage therapy.