Microbial diversity in the digestive tract of herbivores 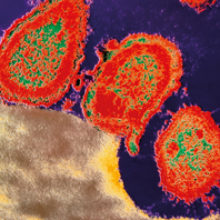 Many mammalian species survive on a diet composed solely of plant material. This is despite mammals not encoding the enzymes necessary to fully digest the plants, particularly the plant cell wall. Instead, the animals depend on microbes present in their digestive tract. This is a symbiotic relationship, as the microbes are provided with a regular supply of nutrients and a thermostable environment. In return, the host animal uses many of the metabolites produced by the microbes as sources of energy.

The exact nature of this relationship varies between different host animals, both in terms of the microbes involved, but also in terms of organs, which are the principal sites of microbial digestion. Some animals have their major source of microbial digestion, or fermentation, in the foregut (e.g. ruminants and camelids) while others are hindgut fermenters (e.g. horses and rabbits). In terms of the microbial community present, all of these mammals have bacteria as the most abundant organisms. However, it is also known that in some animals (e.g. ruminants and horses) there is also a considerable eukaryotic community found in the digestive tract; mainly anaerobic fungi and ciliated protozoa.

The fungi and protozoa

The fungal population was the last of these to be described, partly because it had previously been believed that all fungi were aerobic, and partly because the fungal spores were thought to be forms of protozoa. Moreover, there are relatively few (around 10–12) species of fungi found within the rumen, meaning they are the least diverse group of organisms, and they continue to be most poorly studied. These fungi are widely distributed across ruminant species and many hindgut-fermenting species such as horses and elephants, but are absent from organisms such as rabbits. Where they are present it is thought that they play a role in the early colonisation of plant material, and help to produce weaknesses in the plant cell wall, which allows other microbes to gain access to, and start to digest the plant cells.

The other group of eukaryotes present are protozoa, almost exclusively ciliated protozoa. This group of organisms was first described in the mid-19th century, when they were first observed in rumen fluid studied by microscopy. Since their discovery, they have also been observed in the foregut of other foregut fermenters (e.g. kangaroos) as well as in faecal samples from hindgut fermenters such as horses and elephants – although, as with the anaerobic fungi, they are absent from other species such as rabbits. Although found in different gut regions in the different species, these ciliated protozoa are known to have come from a single genetic origin. 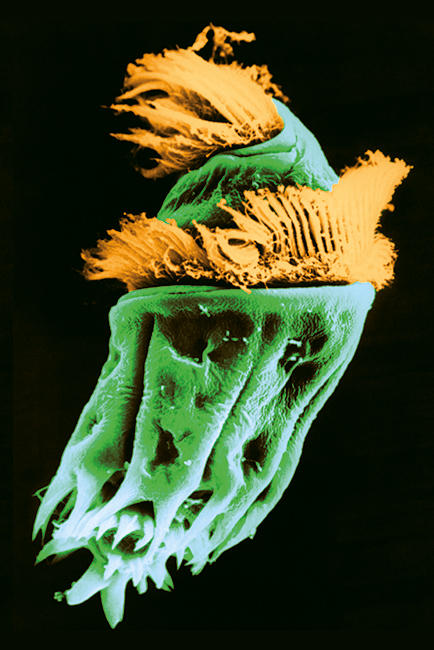 Despite being less abundant than bacteria, due to being considerably larger, the protozoa can account for anything up to 50% of the microbial biomass. Normally their abundance varies within the digestive tract in accordance with the diet of the animal, but is typically in excess of 105 cells ml–1. However, at least in ruminants, these organisms are not essential, and it is well documented that both cattle and sheep which have been reared to avoid infection with protozoa (ciliate-free animals) function normally.

Therefore, the nutritional benefits of the host animal having protozoa are still unclear. As with other protozoa, these organisms are able to ‘graze’ on bacteria, and it is thought that they can help to digest some of the bacterial pathogens of the digestive tract, thereby potentially reducing the pathogen burden on the tract. Moreover, at least some of the protozoa are known to have genes for fibre digestion and can make at least some contribution to plant cell digestion, albeit on a scale smaller than that of the bacteria. These fibre-digesting genes, as with many other genes in the rumen protozoa, have been acquired from bacterial sources via lateral gene transfer, a feature which makes their biology interesting beyond purely nutritional studies.

The archaea and bacteria

In the case of ruminants, the presence of methanogenic archaea in the rumen has attracted environmental attention due to enteric methane production being implicated as a contributor to greenhouse gas production. Many, although not all, of these methanogens have been shown to have an association with rumen ciliates. In addition to posing an environmental concern, production of methane within the rumen has also been implicated as leading to reduced efficiency in terms of usage of available energy in livestock. However, in the rumen, production of methane is now known to act as a channel for removal of hydrogen. Failure to use methane as a hydrogen outlet means that alternative pathways would have to be used as hydrogen sinks within the rumen. Such pathways are already used by many rumen microbes, although methane production is still regarded as the major approach as a hydrogen sink, meaning it is currently a highly active area of research.

However, the majority of organisms in the digestive tract of animals, both in terms of species diversity and also numbers of cells, are bacteria. Due to the commercial importance of ruminants as a source of meat and milk, the microbial community of the rumen was the first to be studied and continues to be the most extensively studied group of bacteria in the digestive tract of any herbivores, mainly to enhance nutrition and productivity. The number of bacterial species in the rumen is still unknown as, with the application of next-generation sequencing, new sequences are constantly being reported. However, there are probably several thousand species present, with different species showing specialisation of roles. For example, some species play a major role in digestion of plant fibrous materials, while others play a role in digestion of proteins, peptides and amino acids.

Irrespective of the host organism, the roles played by the microbes of the herbivore’s digestive tract show similar functions. For this reason, it was originally thought that the bacteria of the rumen and the bacteria of the large intestine of the hindgut fermenters might be relatively similar. Having been the first to be studied in detail, with many bacteria already isolated from it, the bacterial community of the ruminant served as an initial reference point. However, after the first research to identify bacterial species from the hindgut of the horse, it was soon clear that although a number of bacterial taxa were common to both sources, there were also a number of organisms in the hindgut of the horse which had not been reported in the rumen. In a similar way, based on DNA sequence analysis, the first reports of the bacterial community in the caecum of the rabbit suggested that around half of the sequences identified were from organisms which were unrelated (probably at the phylum level) to anything described previously.

In summary, the microbial community of the herbivore’s digestive tract is complex and contains a diverse range of species, which varies from species to species, and can adapt in response to the host animal’s diet.

Being a lecturer combines the opportunity to perform research and learn new information, and to then teach this information to students.

Teaching and researching across a range of topics and undertaking different research themes requires an adaptable attitude and an enquiring mind.

Images: Coloured transmission electron micrograph (TEM) of unidentified bacteria in the rumen of a cow. A number of anaerobic bacteria are visible (red), sectioned through to show the cell wall and cell contents. At lower frame(grey) is cellulose plant material which is in the process of being digested by these bacteria. Dr Kari Lounatmaa/Science Photo Library.