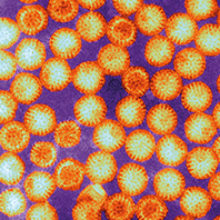 This is the way the world ends. Not with a bang but a virus.

Recent films like World War Z (2013), 28 Days Later (2002), Contagion (2011), [REC] (2007), I am Legend (2007), The Host (2006), Cabin Fever (2002), 12 Monkeys (1995), and Outbreak (1995) imagine the drama and consequences of a rapidly spreading contagion. Public understanding of how to deal with an outbreak might even come from movies, but they also heighten the expectation that scientists will be able to produce and disseminate vaccines or cures. Science can now be found in narratives that would have previously been supernatural – vampires and zombies are creations of science not magic in shows like iZombie and The Strain, and the movies and games of the Resident Evil franchise. Popular culture can subtly and powerfully communicate ideas and stories about science in ways that other methods cannot. A science-based movie is more likely to inspire rather than (re)educate someone about science, and making a film that is both entertaining and accurate is a delicate balancing act!

From the implausibility of successfully locating and extracting dinosaur DNA in Jurassic Park, to the accelerated evolution of the mutants in X-Men, to Indiana Jones surviving a nuclear blast in a fridge in Indiana Jones and the Kingdom of the Crystal Skull, it is easy to locate and highlight the many mistakes film-makers have made in their representation of science. But, how important is scientific accuracy? Should film-makers be as obsessed with fact checking as we might want or expect them to be? What are the issues with producing a science-based creative work that also has to be entertaining and profitable?

Science in fiction will rarely be perfect, but believable if not entirely accurate science can make for a better story. Media producers want to create something that will entertain their audiences, and truly awful science not only annoys scientists but disrupts the viewing experience as audiences struggle to believe the science that creates or underpins the drama. It is in the best interests of filmmakers to collaborate with scientists during production to cut out silly errors and work through bigger scientific issues. Plausible, believable science is more achievable and perhaps important than a strict adherence to scientific fact. Film-makers have to negotiate scientific accuracy as they work within the limitations of the industry in terms of technology, cost, and audience and studio expectations and desires.

Science advisors are now a common feature of the film industry and the majority of science-based films produced in Hollywood will have included consultation with a specialist. The Science & Entertainment Exchange, which is a programme of the US National Academy of Sciences, facilitates connection between filmmakers and research scientists across the STEMM subjects. The Exchange recognises the importance of finding a meeting point between scientific accuracy and entertaining and engaging movies. Film-makers can contact The Exchange to access experts for fact checking but also for consultations on creatively imagining plausible alternative, and even future, science. Films including Contagion and Prometheus (2012), and even superhero movies like Ant-Man (2015) and Doctor Strange (2016), have been supported by The Exchange and the opportunity it offers to film-makers who are pursuing feasible onscreen science!

Scientists have expertise in their field of research, and film-makers have expertise in creating entertainment media with all of its technological and artistic complexities. By working with scientists, film-makers can produce movies that are entertaining because they include science. The reality of science is often more complicated and exciting than anything that can be made up. There is a changing culture of how science is viewed in fictional film and TV and how it can be seen to genuinely enhance a story and make it more entertaining. Accurate science can create restrictions, but the process of working around and creatively through these problems can potentially lead to new and exciting stories and act as inspiration for new science too!