Genome editing and the cultural imagination 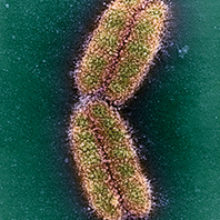 Genome editing – the deliberate alteration of selected DNA sequences in living cells – is increasingly at the forefront of scientific and public discussion, and has enormous potential to help us treat or avoid disease.

Alongside the benefits of this technology, mainstream discussion often raises fears of its misuse with reference to Brave New World, Frankenstein, or other dystopian fiction and science fiction. Are such cultural landmarks a good springboard for discussion, or do they result in unhelpful scaremongering?

Two charities – the Progress Educational Trust (where we work) and Genetic Alliance UK – recently collaborated to explore these sorts of questions in a series of workshops and online engagement activities, funded by the Wellcome Trust under the heading ‘Basic Understanding of Genome Editing’. We sought to find out what patients and laypeople think and know about genome editing, and what language and metaphors they find most helpful.

We could hardly ignore Mary Shelley’s Frankenstein, the famous gothic novel and pioneering work of science fiction, which celebrates its 200th anniversary next year and is still used as metaphorical shorthand for the perils of playing God. A more recent work which has had a significant impact, and which marks its 20th anniversary this year, is the film Gattaca.

The film depicts a dystopian future, with genetic haves and have-nots living in an apartheid-type society. In this world, a naturally conceived ‘in-valid’ cannot hope to get a good job – no matter how able or determined they are – if their genes aren’t thought to be up-to-scratch.

In recent years, the CRISPR approach to genome editing – which was adapted from a naturally occurring mechanism used by bacteria as a defence against invading viruses – has brought us closer to being able to edit the human genome in the way depicted in Gattaca. Nonetheless, it remains far beyond our technical capabilities (to say nothing of our laws) to tailor a bespoke genome from the genetic material of two parents.

Gattaca presents an overly determinist view of genetics – or at least, its characters do. A geneticist in the film says: ‘We want to give your child the best possible start. Believe me, we have enough imperfection built in already. Your child doesn’t need any more additional burdens. Keep in mind, this child is still you – simply, the best of you. You could conceive naturally a thousand times and never get such a result.’

In fact, the more we learn about our genomes, the more we discover complex patterns of interdependence between our genes, our environment, epigenetic factors and the vagaries of chance. In other words, a society with advanced technology could create a child artificially a thousand times and still get very different results each time.

The parts of Gattaca that have perhaps weathered best are those that relate to genome sequencing, rather than genome editing. The film’s characters constantly undergo genetic tests and checks of their genetic identity. Meanwhile, in the real world, this year’s Generation Genome report from the UK’s Chief Medical Officer looks at the prospective benefits of expanding the role of genome sequencing throughout the NHS.

Generation Genome, which concludes with a weighty chapter on ethical considerations, is hardly a blueprint for the world of Gattaca. But looking at the Chief Medical Officer’s report alongside the dystopian drama does highlight the importance of our society making conscious decisions, about what it deems to be proper – and improper – uses of genomics.

One of the discoveries we made during the ‘Basic Understanding of Genome Editing’ project is that people don’t like being presented with a ready-made set of assumptions about which uses of genomics are acceptable. If we want to have meaningful public discussion about the best use of science, then members of the public need to be given the latitude to come to their own moral conclusions.

Where does this leave organisations like ours, which want to promote more thoroughgoing public debate about genome editing? For one thing, we have a useful role to play in relation to the Frankensteins and Gattacas of the cultural imagination – not in seeking churlishly to correct these enduring and thought-provoking stories, but simply in explaining whether and how they converge with, or diverge from, what is scientifically possible and legally permitted at present.

For another thing, we can identify and remove impediments to understanding. The following recommendations – drawn from our experience with workshop participants – clear the ground for a more informed discussion of genome editing, while still giving people the freedom to decide for themselves whether particular applications of this technology deserve their support.

Circular genetic map, showing human chromosome 17. The chromosome (outer ring) is based on a standard idiogram and arranged in a circle. The coloured bands represent genes (green), cancer genes (red) and other disease genes (orange). The graph within the circle shows reference sequence genes, a standard for gene identification, and exons, which are parts of the genes that encode for proteins. 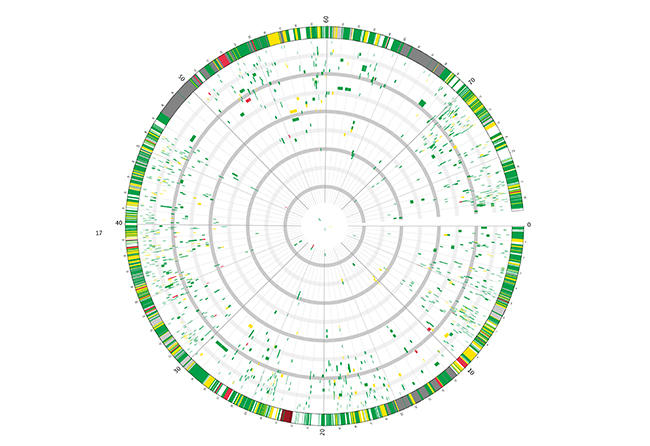 Consistency of language is essential. ‘Genome editing’ is an accurate term in most situations – even if you only change only one gene in an organism, that still constitutes a change to its genome. The current proliferation of synonyms for genome editing – ‘gene editing’, ‘genomic editing’, ‘genome engineering’, and so on – just creates needless confusion.

Likewise, ‘CRISPR’ shouldn’t be used as a synonym for genome editing. Of course CRISPR has become a buzzword and has captured the public imagination, but it wasn’t the first approach to genome editing and it may not be the last. One of the most celebrated uses of genome editing in the UK – to reverse advanced leukaemia in a one-year-old baby in 2015 – didn’t actually involve CRISPR at all (an earlier approach called TALENs was used).

Say who or what is having their genome edited

Genome editing can be used on anything with a genome – in other words, just about any living thing. It’s vital to distinguish between humans, animals, plants and micro-organisms that are having their genomes edited, rather than lumping all these things into one.

Say whether genomes are being edited for research or for treatment

There’s a big difference between genome editing in the lab and in the clinic. Both are carefully regulated, but the latter involves a plethora of additional ethical and safety considerations.

This distinction is biological, and it is also legal. In the UK, the difference between editing a somatic genome and editing a germline genome can be the deciding factor in whether or not you’ve committed a crime!

Of course, laws can be changed if a persuasive case is made for changing them. New possibilities in genome editing may present us with reasons to revise the laws which govern use of this technology. This revision could be permissive, or restrictive, or a subtle combination of the two.

Ultimately, it isn’t the knowledge and achievements of scientists which will either bring about or avert scenarios such as those depicted in Frankenstein or Gattaca. Rather, it is the understanding and opinions of the public.

The findings of the Progress Educational Trust’s ‘Basic Understanding of Genome Editing’ project can be found online at www.progress.org.uk/genomeediting.