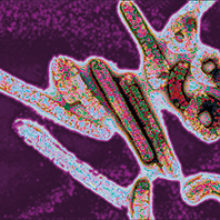 Killer microbes that cause doomsday scenarios are popular topics for film plotlines. With the public generally scared of infectious disease epidemics and the biological agents responsible for them, these films must strike a balance between delivering gripping, action-packed cinematography and accurate science to be believable and realistic.

There are a variety of infectious disease epidemics represented in film. These differ in how much science is portrayed, how accurate the science is, and which aspects of the science the director feels is important to convey to the viewer to appreciate how deadly epidemics can be caused by deadly micro-organisms.

Viruses seem to be the most favoured infectious agent chosen for films based on mass deaths from infectious disease. This is for good reason as virus outbreaks occur often – such as the recent Ebola outbreak in West Africa, or the Zika virus outbreak in the Americas. Additionally, virus outbreaks are known for causing large numbers of deaths. For example, the ‘Spanish Flu’ outbreak of 1918 killed more people than the entirety of World War I. The AIDS crisis of the 1980s in the USA was also caused by a virus, the human immunodeficiency virus, which led to almost 1 million people being infected by 1990.

Although responsible for large outbreaks, viruses themselves are the smallest microbes known. They consist of simple genetic material (DNA or RNA) surrounded by a protective protein coat. Sometimes viruses also have a lipid bilayer on top of the protein shell, in which more viral proteins are embedded. Viruses cause disease essentially by ‘hijacking’ infected host cell machinery, taking over cellular processes to replicate themselves and, in doing so, cause disease and even death. We suspect their potential for huge outbreaks combined with their relative simplicity have made them popular infectious agents for film plotlines.

Outbreak and airborne transmission of viruses

The film Outbreak centres on the transmission of the fictional ‘Motaba’ virus in the fictional Cedar Creek – a small town in California, USA. Symptoms of the Motaba virus included haemorrhagic fever with organs liquefying and blood streaming from sores on the skin and the eyes, with death a few days later. Key to this story is a monkey, which was illegally smuggled into the USA from a Zaire (now Democratic Republic of the Congo) jungle without going through any quarantine or testing. The monkey was infected with a mutated strain of the Motaba virus, which changed transmission route from blood-borne to airborne compared with the original Motaba strain. This allowed for the spread of disease to humans in Cedar Creek, which then rapidly spread throughout the town.

There are some similarities between Motaba virus and influenza viruses in that influenza viruses are airborne and have also crossed species via mutation events, but from asymptomatic aquatic birds into mammals such as humans, pigs and horses. This was seen during the recent H5N1 and H7N9 ‘bird flu’ outbreaks. The influenza viruses can mutate further, as happened during the H1N1 ‘swine flu’ outbreak in the 2000s, where a swine influenza virus mutated to allow transmission to humans. The mutation event that changed host susceptibility to Motaba was quite clear in Outbreak, even if the change in transmission route was not. The use of biosafety containment level 4 laboratories was useful to show the viewer how experiments on dangerous viruses are carried out in the laboratory with regards to the high level of protection required.

The rate at which the viral epidemic was cured, however, was flabbergasting. Within a few days of discovering the infection in Cedar Creek the virus had been imaged, with a structure similar to Ebola virus. Shortly after, an antiserum was made available to the infected individuals that was very effective. This is a very unlikely situation. The chance that the entire virus outbreak would be cured by an experimental treatment against a different viral strain is very low. This would require extensive stockpiling of experimental treatments against predicted infectious disease outbreaks, which would be very costly. Were a global outbreak such as Ebola or Marburg virus to occur, we would not find ourselves in the same ‘lucky’ situation that the residents of Cedar Creek were in. 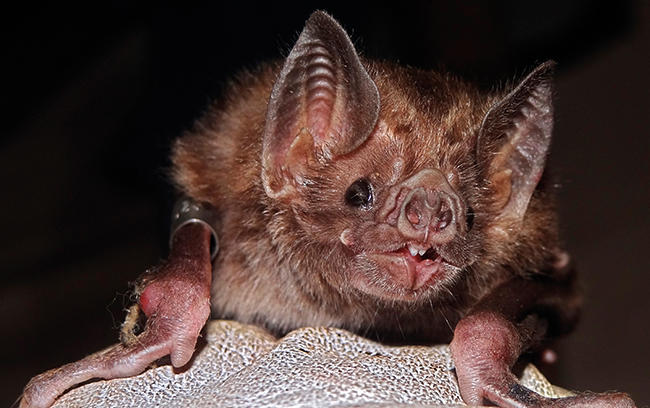 The fictional ‘meningoencephalitis virus one (MEV-1)’ virus outbreak in Contagion caused severe fever, leading to death a few days later. Within one month the MEV-1 virus had killed over 26 million people due to ease of spread throughout densely populated cities. The MEV-1 virus in the film was found to originate in bats. Bats are thought to be reservoirs for many viruses in the wild, including Ebola virus and Nipah virus. MEV-1 was transmitted around the world very easily from initial transfer to humans as it could be transmitted solely from contact with infected surfaces. Well-used surfaces, such as door handles, are covered in micro-organisms and so transmission rates can be high.

We found it entertaining to see the scientists in the film had solved the structure of the MEV-1 envelope protein within six days. Six days! Solving the structure of viral proteins normally takes many years, though recently the Zika virus structure was solved in a few months. The following day MEV-1 was sequenced and virus entry had been modelled. This amount of work would be more than enough to create an excellent PhD thesis. When a vaccine then became available within a month of the initial infection, and was in mass production and deployment within another few months, the believability was non-existent.

Bodily fluids have long been known to be reservoirs of viruses ready to infect a new host, such as HIV and hepatitis C. However, while HIV and hepatitis C cause chronic, long-lasting infections, the incurable ‘rage’-inducing virus in 28 Days Later is much faster acting. The virus spread rapidly as the rage-inducing virus took control of the brain, causing infected individuals to become aggressive – attacking uninfected people, infecting them by biting and body fluid contact.

There are some similarities to rabies, which also induces aggressive behaviour to enhance transmission. However, rabies is not transmitted nearly as fast, but is very deadly and contagious if one is not vaccinated. The portrayal of rapid transmission is a fear of many in the context of newly emerging viruses. This was seen in the recent Zika virus outbreak where microcephaly symptoms appeared in newborn babies in Brazil, but could not be treated and it was unclear what caused it.

Infectious disease outbreaks remain popular plotlines for films, particularly those with a worst-case, wiping-out-of-the-human-population scenario. Although sometimes the science portrayed isn’t fully realistic, it introduces enough science to the casual viewer to understand how outbreaks occur and how disease manifests after infection. As microbiologists, it is exciting to see microbiology represented in films and provide a basic introduction to microbiology to the audience during watching, even if not entirely (or at all) accurate. If anything, we could hope it encourages more people to become microbiologists like us!

Images: Coloured transmission electron micrograph of a number of Ebola viruses. CDC/Science Photo Library. Image of a bat from a research trip to the Amazon. Daniel Streicker (MRC-University of Glasgow Centre for Virus Research).