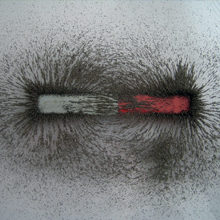 Before we get too far into another new year, it’s time to cast our gaze back over the last few months to look at some of the great posts we’ve had on the Society’s blog, Microbe Post. We spent some time with Fred McMahon, a PhD student at Maynooth University, who told us all about the exploding microscopic mites that live on your face. Not an obvious microbiology story at first glance, but Fred has been researching the bacteria that live within the mites, which may be the root cause of the skin condition rosacea.

Elsewhere, we spoke to Dr Zachery Oestreicher from Kanazawa University, who has been investigating a yet to be named new species of aquatic bacterium that uses the Earth’s magnetic field to avoid making any horizontal movement – these microbes only move up and down, looking to find the optimum oxygen concentration in the water they’re found in.

Staying with the aquatic theme, we learnt all about attempts by researchers at the Massachusetts Institute of Technology to create super-sticky adhesives, by mixing the glues produced by Escherichia coli and the Mediterranean mussel. Ultimately, the team are hoping to produce enhanced adhesives that can be used during surgery, or self-repairing substances.

In 1877, Louis Pasteur submitted his report Charbon et septicémie (Anthrax and septicaemia) to the French Academy of Sciences, in which he summarised and dissected existing research about anthrax. We spoke to Dr Keith Turner, from the University of Texas at Austin, who studied a translation of the document to look at how it resonates with modern microbiology practices.

Finally in this roundup, we learnt about the ability of probiotics to prevent antibiotic-related infections. Specifically, a probiotic drink containing particular strains of Bacillus subtilis has shown promise at reducing levels of antibiotic-associated diarrhoea (AAD), which can be a significant problem – particularly in a healthcare setting. In this post, we spoke to Dr Iryna Sorokulova from Auburn University, Alabama, who organised a double-blind, placebo-controlled trial and showed that Biosporin, a probiotic approved for clinical use in Russia and Ukraine appears to significantly lower levels of AAD.