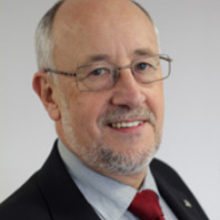 This year the Microbiology Society is 70 years old. We have reached the Psalmist’s "three score years and ten", but we are still a vibrant and active organisation. The Society was founded as an offshoot of the Society of Agricultural Bacteriologists on 16 February 1945 to broaden the interests beyond agriculture and to embrace the different microbiological kingdoms. In those days the word "General" indicated the breadth of interest; sadly, it is now more likely to be interpreted to mean unfocused. However, as members know, we are focused on some of the major microbiological issues of today.

Nevertheless, I sometimes facetiously describe us as the Society for Academic Cellular and Molecular Microbiologists, as this describes the roles and interests of the vast majority of our members. If we are truly to represent the aims and ambitions of our founders, we need to increase our membership among industrial, environmental, and clinical microbiologists, for example, by providing meetings and resources of greater interest to them.

Happily, the Annual Meeting in Birmingham next month should provide presentations and posters of interest to a wide variety of microbiologists. The programme is available on our website. As a former Birmingham resident, I can vouch for the excellence of the venue and the availability of a large number of local restaurants and pubs for those important scientific discussions. I look forward to seeing many of you at the Conference. I particularly encourage early-career members to engage with the more long-standing microbiologists there. You might be surprised by how interested they are in your research and what helpful advice they can offer.

As well as "talking to ourselves", as conferences are sometimes described, we are increasingly bringing microbiology to the attention of the wider public. Our Small World Initiative was launched on 18 November 2014 (European Antibiotic Awareness Day). This initiative engages schools and members of the public to help in the search for new antimicrobials. This citizen science activity is in collaboration with scientists in the USA. The Society and many others have brought to public attention the significant problems of antimicrobial resistance (AMR). At the Prime Minister’s initiative the O’Neill Commission was formed in 2014 and published its first report in December. This indicated the potential cost in lives and losses to the economy if AMR is not brought under control, and was headline news on the day the report was launched. Over the next 18 months, or so, the Commission will seek information and advice from a wide range of interested parties. I am sure that the Society and its members will participate in this.

In 2014, the Society has been actively engaged with other learned societies in policy work. For example, we have held joint policy workshops with the Society for Applied Microbiology (SfAM – which also originated with the Society of Agricultural Bacteriologists!), and the results of these meetings will feed into the policy developments of both societies. The Learned Societies’ Partnership on Antimicrobial Resistance (LeSPAR), of which the Society is a key member, has been working to bring together the range of disciplinary expertise to address AMR. We also interact with the AMR Funders’ Forum, which seeks to finance research relevant to addressing the problem. In part, these interactions have been made easier by our move to London in early 2014. During 2015 we will continue to take forward our 2012–2017 Strategy and to develop this in light of the contributions made by members.