Of mice and men: are billions victim to Toxoplasma mind control? 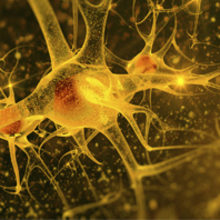 Toxoplasma gondii resides silently in the brains of billions of us worldwide. For a long time, infection with T. gondii was considered harmless but recent evidence suggests that it modulates neurotransmitter levels, changing personality and behaviour to increase its opportunity for onward transmission.

T. gondii is a protozoan parasite that can infect any warm-blooded animal, including humans. It is a very common parasite throughout the world and about one-third of the world’s seven billion population is believed to be infected with this single-celled organism. The parasite lives and replicates intracellularly, and is capable of infecting any nucleated mammalian or bird cell. Cats are the only known definitive host, the host where the parasite reproduces sexually. All other mammals and birds are intermediate hosts where the organism replicates asexually. The natural life cycle of T. gondii is between cats and rodents. Infected cats shed oocysts with their faeces. Between one and five days in the environment, the oocysts sporulate forming two sporocysts each carrying four sporozoites. Rodents become infected upon ingesting sporulated infectious oocysts. Sporozoites are released from the oocyst in the gut and infect intestinal epithelium cells. The sporozoites transform into tachyzoites, which then multiply inside specialised vacuoles within the epithelium cells. Eventually, the host cell dies and ruptures, and the newly produced tachyzoites are spread via the bloodstream to infect cells of all organs and tissues, including the brain. Within their new host cell, the tachyzoites differentiate into bradyzoites to form tissue cysts. The bradyzoites reside dormant in the tissue cysts for the life of the host. Livestock may also become infected after ingesting sporulated oocysts present in the environment. Cats usually become infected when eating an intermediate host harbouring tissue cysts. Usually, humans get infected by eating undercooked meat harbouring tissue cysts. Other infection routes are consumption of food or water contaminated with oocysts or by handling soil samples and cat litter containing cat faeces. Blood transfusion and organ transplantation are also routes of transmission. During the first three months of pregnancy, a mother can infect her unborn child.

In humans, T. gondii causes the disease toxoplasmosis, which is usually a self-limiting disease with few symptoms. During acute toxoplasmosis, when there is a rapid reproduction of tachyzoites, the typical symptoms are malaise, fever, fatigue, headache and swelling of the lymph nodes in the neck. Clinical disease occurs only in immunocompromised patients (HIV/AIDS patients and immunosuppressed oncological and transplantation patients) where the disease can quickly turn into a new, severe acute phase causing encephalitis from which the patient will eventually die. When an expectant mother is infected immediately before or during the first trimester of pregnancy, the infection can be transmitted to the foetus resulting either in abortion or malformation (such as an abnormal enlargement or diminution of the head) of the unborn child.

In its natural life cycle, T. gondii is transmitted by predation: when a cat catches and eats a rodent harbouring the protozoan, the cat will become infected with the parasite. Normally of course, rodents do their best to avoid getting caught by cats: rodents have an inborn fear of cat odour. To increase the likelihood for a rodent infected with T. gondii to get caught and eaten by a cat, the protozoan appears to be able to change the behaviour of prey animals. T. gondii-infected mice and rats stop fearing cat odour and instead they are attracted by this smell. As a result, infected rodents visit and spend more time in places smelling of cat urine. This is a very specific attraction, as infected rodents are not attracted by the urine smell of other species. In addition, it seems that T. gondii prolongs the reaction time and reduces the vigilance and alertness of infected mice and rats. This manipulation of mouse behaviour is associated with the presence of tissue cysts in certain parts of their brain such as the amygdaloid bodies, which play a crucial role in fear response. These changes make rodents easier prey for cats and thereby increase the probability of transmission of T. gondii to its feline definitive host. 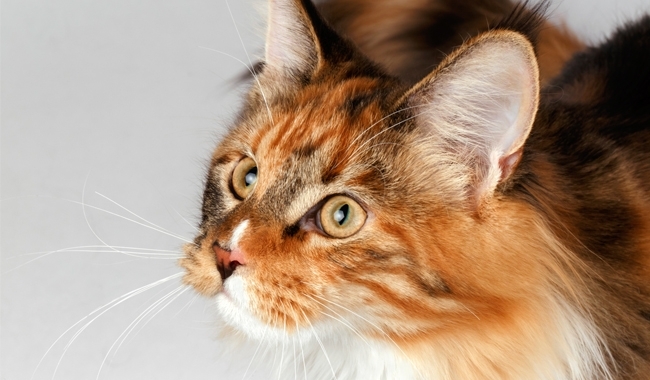 As with rodents, T. gondii seems also to influence the behaviour of people. Like infected rodents, infected people show an increased attraction to cat odour. One study found that compared with parasite-free male students, their infected peers rated the smell of diluted cat urine as “more pleasant”. More importantly, people infected with the parasite have a longer general reaction time than uninfected individuals. This impaired psychomotor performance has been linked to a higher risk in traffic and workplace accidents for those infected with T. gondii. In addition, the parasite’s presence can alter personality profiles. Infected men have a tendency to disregard rules and take risks and are more suspicious and jealous; whereas, infected women are more warm-hearted, open-minded and carefree than their uninfected counterparts who are more reserved, detached and critical. Infected men and women reported that they thought their instinctive reflex behaviour to imminent danger was rather slow and passive.

Surprisingly, the explanation for all this appears to lie not just with parasite positioning in the brain (which does show a biased distribution, but which is not tightly targeted) but with l-DOPA, a chemical endogenously manufactured by the brain and from which the neurotransmitter dopamine is produced. l-DOPA is both upregulated in T. gondii-infected tissue and actively manufactured by the parasite. It seems infected individuals also have a reduced novelty-seeking activity, i.e. they have a lower tendency to search for new stimuli, which correlates with the lower novelty-seeking activity which is characteristic for individuals with a raised concentration of dopamine in the brain. More dramatically, raised dopamine levels are associated with schizophrenia and T. gondii infection also increases the risk of schizophrenia. It has been found that the infection increases the risk for this psychiatric disorder by about 2.7 times. It has been known for some time that an unusually high percentage of schizophrenic patients are infected with T. gondii. Magnetic resonance imaging studies have shown that T. gondii-infected schizophrenics have decreased density of grey matter in certain parts of their brain, whereas such changes are absent in parasite-free schizophrenic patients. The symptom profiles of infected and uninfected schizophrenic patients differ too; parasite-harbouring schizophrenics experience more severe psychotic episodes. However, it seems that T. gondii can trigger schizophrenia only in individuals with particular predisposition for the disease. 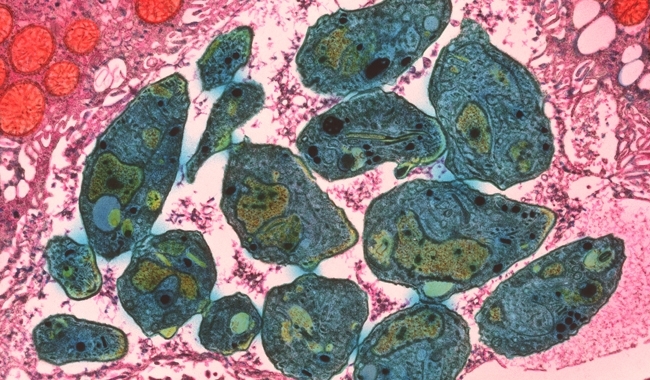 Currently, the most important hosts for T. gondii are domestic cats as the definitive host and small rodents as intermediate hosts. Nevertheless, nearly all changes observed in T. gondii-harbouring rodents are also found in humans infected with the parasite and while modern man is not prey for domestic cats, our ancestor may have been prey for big cats. So while those of us who are infected with T. gondii are not seeking closer contact with lions or tigers, the next time you narrowly avoid colliding with someone undertaking a foolhardy manoeuvre on a public highway, pause and wonder if it is a microscopic brain parasite that is responsible for their actions.

Ingram, W. (2013). Dr. Strangelove, or: how I stopped worrying and learned to love a brain parasite.