The highs and lows of ergot 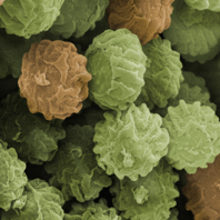 Manic dancing, drug-crazed academics, migraines and massive loss of life are all connected by one small fungus – Claviceps purpurea. This is one of almost 50 species of the Claviceps genus and is the most common one found in Europe.

Unlike many of its relatives, C. purpurea can infect a large number of plant species including many cereals to cause a disease called ergot. The name comes from the French word argot which means spur. The ergot structures (technical term sclerotia) are produced by the fungus on cereal heads where the grain should form (see Fig. 1). The most important host is rye, which seems to be particularly susceptible and in which the fungus produces the largest ergot structures (see Fig. 1 to compare ergots on wheat, barley and rye). 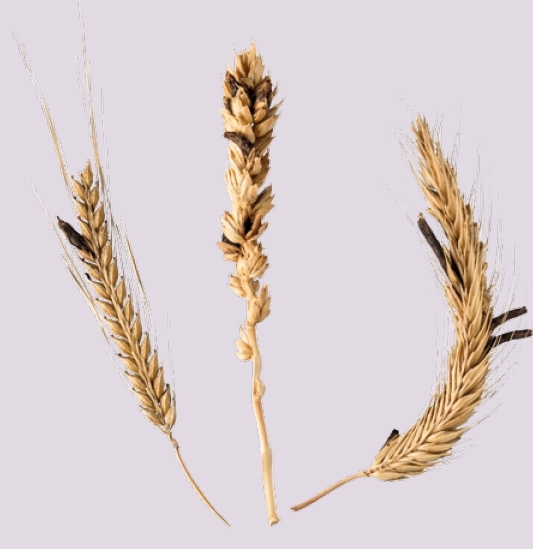 The ergot sclerotia are produced by the fungus to protect it during the winter when the ergots lie on the soil. In spring, the fungus re-emerges and produces spores that can infect the next crop and so complete the lifecycle of the fungus. Within the sclerotia the fungus produces a wide range of chemical poisons called alkaloids to keep it safe during the winter period. These chemicals include ergotamine, ergosine and ergocristine that are potent vasoconstrictors (they cause blood vessels to constrict, preventing blood flow therefore starving tissues of oxygen).

The big problem with ergot is that no one realised that it was a problem! For hundreds of years ergot caused mayhem and death across Europe and nobody had any idea that it was all due to the sclerotia and the fungus that produces them.

During the Middle Ages frequent epidemics occurred in which people suffered terribly from convulsions, hallucinations, and gangrene of hands and feet that caused limbs to fall off. Between 990 and 1130 AD it is estimated that over 50,000 people died from ergot poisoning in southern France. Thousands more were afflicted across Europe. The sclerotia contain a cocktail of alkaloids and these have different effects on the consumer. Two forms of ergotism (the disease caused by eating the ergot "spurs") were prevalent during the Medieval period. Convulsive ergotism caused spasms, sharp pains and convulsions that, in some instances, were accompanied by hallucinations, manic or psychotic behaviour. Gangrenous ergotism caused nausea and severe pain in the limbs. This burning sensation led to the disease being called ignis sacer which is Latin for "holy fire". Later, limbs would turn black because of the action of the vasoconstrictive alkaloids and even break off at the joints. Strangely, convulsive ergotism was more common to the east of the river Rhine while gangrenous ergotism was more common to the west of the river. The reasons for this remain unknown but are probably due to different populations of C. purpurea to the east and west of the Rhine, with each population producing a different cocktail of alkaloid poisons: one causing convulsive ergotism and the other gangrenous ergotism.

Ergotism was so frequent and severe that a religious order called the Order of Hospitallers of St Anthony was founded in southern France in 1095, to help sufferers. The Order built over 370 hospitals to treat ergotism patients and the disease became known as St Anthony’s Fire. Many patients did benefit from their time in the hospitals, quite possibly because of the lack of rye bread in their diets during their stay. Epidemics of ergotism were most serious when weather conditions favoured infection of rye flowers and were most severe among those who subsisted on a diet high in rye. These included the unfortunate French peasants of the 15th century. It was reported that "they drink water, they eat apples, with bread right brown with rye. They eat no flesh, but if it be seldom a little lard, or of the entrails or heads of beasts slain for the nobles and merchants of the land." 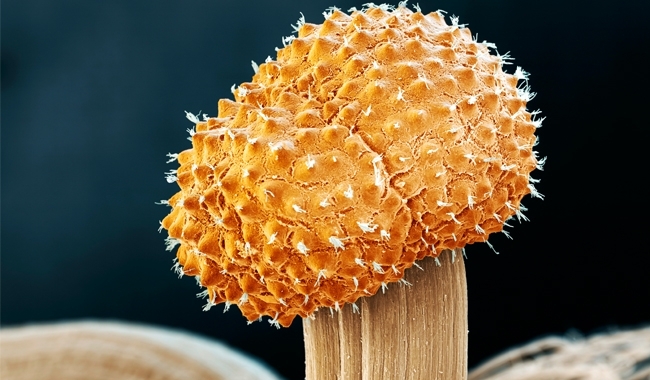 Convulsive ergotism has been suggested as a cause of some of the outbreaks of dancing mania that occurred sporadically across Europe between the 14th and 17th centuries. However, the symptoms of dance mania are not entirely those associated with ergotism so this must remain conjecture. Convulsive ergotism has been linked to another widespread phenomenon during this period – witch hunts. The symptoms of hallucination, cramps and convulsions may have led many to believe that they were victims of witchcraft. Again, witch trials were most prevalent in areas where rye consumption was highest.

During all this time C. purpurea was quietly getting away with murder and no-one linked it to the crime. The spurs (ergots) were thought to be a natural part of the plant itself and not the result of a parasitic fungus. Even when it was discovered that ergotism was caused by consumption of the spurs it was not believed. The link was first made by a German physician (W. Thelius) in 1596 and it was almost 100 years later, in 1670, that a French physician, Dr Thuillier, realised that the disease did not conform to the usual contagious diseases raging at the time. Ergotism was most common in poor rural areas and not in congested urban areas. It did not appear to be infectious and the rich seemed to be immune. Dr Thuillier thought that the cause lay in some foodstuff and after dismissing potato as the possible cause he made the link between the spurs common in the rye fields and ergotism. Ergot spurs were used in medicine to help speed up childbirth but it was not thought that they could have a negative effect if consumed in high quantities. Dr Thuillier even found that ergotism epidemics were most serious in years when the spurs were most common. This evidence was, unfortunately, not enough to convince the farmers who continued to believe that they were harmless for another two centuries. It was Louis Rene Tulasne, an early mycologist, who in 1853 determined that the ergot was produced by a fungus (now known as C. purpurea), rather than the rye itself.

Like most things, Ergot is not entirely bad. For centuries extracts of ergot spurs were given to hasten childbirth as they cause contractions of the uterine muscles. Such practices are extremely risky as there was no way to determine what cocktail of vasoconstrictive and psychoactive alkaloids were present, what dose was being given and no way to counteract the effects if too much was administered.

It was early in the 20th century that chemists began to isolate individual ergot alkaloid components of the cocktail. Ergotamine, one of the alkaloids with vasoconstrictive properties, was isolated in 1918. Ergotamine is still used in the treatment of acute migraine. In 1935, ergometrine, the substance that induces uterine contractions, was isolated and this is used to stop postnatal bleeding. A few years later, in 1938, two chemists (A. Hofman and A. Stoll) derived d-lysergic acid diethylamide (LSD) from the ergot alkaloid ergine. This chemical was not thought to be particularly interesting or useful until Albert Hofman accidentally absorbed some and experienced its powerful effects on his thought processes. His next step was to deliberately take a small dose. Within an hour he was suffering feelings of anxiety, alternating in his beliefs that his next-door neighbour was a witch, that he was going insane and that the LSD had poisoned him. LSD went on to become famous in the 1960s and 1970s during the hippie movement. The introduction of LSD into the American middle class was promoted by two Harvard psychology professors who proposed the motto, "turn on, tune in, and drop out". Rather than "dropping out" they were "booted out" of Harvard.

While it was not until the middle of the 20th century that ergot-derived compounds were being used as psychoactive drugs, a look back into history suggests that the ancient Greeks were well aware of the mind-altering effects of ergot. Kykeon, a drink made from water, barley and herbs was consumed by initiates during the Rites of Demeter in the city of Eleusis. Kykeon enabled them to experience the mystery of death and rebirth in the ritual which became known as The Eleusinian Mysteries. It is believed that the psychoactive properties of the Eleusisian kykeon were caused by ergots growing on the barley gathered around Eleusis.

So there we have it. One small fungus with an enormous impact.