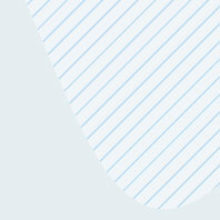 International Genetically Engineered Machine Competition, or iGEM, is a synthetic biology event which first began at the Massachusetts Institute of Technology as a lab course in 2003. In 2017, iGEM became an international science competition involving nearly 6,000 people, including over 300 teams from 42 countries. Each team may consist of several graduates, undergraduates, or high school students. With help from university or institute advisors, the team works together to come up with their own proposals, design experiments, compose a wiki page to explain their methods, and finally present their work to compete with other teams.

One important philosophy spread by iGEM, in hopes of supporting the field of synthetic biology, is to ‘Get & Give (&Share)’. This feature is especially embodied by the ‘BioBrick’ project. A BioBrick is analogous to a LEGO brick, but in an engineered gene sequence format. It is standardised for “interchangeable parts developed with a view to build biological systems in living cells.” In other words, anyone with basic biological knowledge should be able to turn their biological circuit design into reality by assembling BioBricks together like LEGO. Since all iGEM teams are required to standardise their synthetic genes into BioBrick format, the BioBrick library is growing larger with every year. Additionally, any iGEM participant or iGEM lab subscriber has access to these standardised BioBricks.

TU Delft was the winner of the grand prize in 2017. They designed and tested a ‘BioDetector’ which helps dairy farmers to quickly determine if the milk is contaminated with antibiotic-resistant bacteria. They used a CRISPR/Cas system, Cas13a, which targets RNA derived from the bacterial antibiotic-resistant genes in the milk samples. To visualise the Cas13a-RNA complex without additional instrumentation, a positively charged polymer is also added to the sample. If there is no target RNA present, Cas13a will remain unbound, causing the negatively charged RNA to precipitate with the positively charged polymer, causing turbidity. If target RNA is present, Cas13a will bind to it and lead to the degradation of other negatively charged RNA, preventing turbidity in presence of the polymer additive. The team demonstrated the feasibility of their ‘BioDetector’ in a local milk farm, showing the spirit of iGEM, to let science ‘give’ back to society.

In addition to the real-world applications of iGEM projects, the advancement of fundamental biology is also pursued by iGEM teams. One team, Bielefeld-CeBiTec, challenged the problem of unnatural amino acid incorporation in Escherichia coli through a suite of in silico prediction and in vitro selection cycles. This project brought in collaboration and consultations from multiple universities and individuals. The collaborative nature of iGEM projects not only testifies for the ‘Get & Give (&Share)’ philosophy held by iGEM, but also advances the future of synthetic biology research in academia.