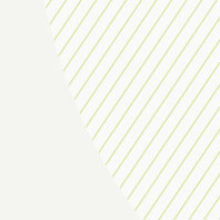 "The beginning of wisdom is to call things by their proper name” (proverb, deriv. Confucius)

In July last year, it was my pleasure to travel to Valencia as the Microbiology Society delegate to the plenary meeting of the International Committee on Systematics of Prokaryotes (ICSP) – at which I was honoured to be elected Chair of the ICSP Executive Board. Here, I provide an introduction to the work of the ICSP and some challenges we face.

Microbial systematics is entering into an exciting period: culture-independent sampling methods have already provided breath-taking insights into the enormous diversity of the microbial world (with much less than 1% of microbes yet studied in culture) and now genome-based methods are expected to drive the discipline forward. It is the goal of the ICSP (and its ‘Judicial Commission’) to help microbiologists work within a functional and effective taxonomic framework as we attempt to deal with this greatly expanded view of the microbial world.

These impressive developments illustrate that systematics remains a vital microbiological discipline, despite a common misconception that taxonomy is bedevilled by rules. In fact, there are no rules dictating how taxonomy should be done! The only rules relate to nomenclature of micro-organisms, as I shall explain below.

As Confucius recognised, names are important. They provide the basis by which scientists can communicate with each other without confusion. This means that the correct proposal and formulation of names is important too. Consequently, a principal role of the ICSP is to ensure that appropriate steps are followed when prokaryotic micro-organisms are named, as specified in the International Code of Nomenclature of Prokaryotes (‘the Code’), so that prokaryotes have only one name and each name refers to only a single prokaryote. Much work in this area appears in the International Journal of Systematic and Evolutionary Microbiology (IJSEM), which is published by the Microbiology Society on behalf of the ICSP.

The Code is a complex but elegant document that provides Principles, Rules and Recommendations for nomenclature. My favourite is Principle 4: “Nothing in this Code may be construed to restrict the freedom of taxonomic thought or action.” It is this Principle that ensures that there are no rules as to how taxonomy must be done. Many of the Rules relate to forming binomial names in Latin, but there are also stipulations regarding priority of names, the designation of type strains and their deposit in culture collections. However, it is also important to emphasise that the Code is a living document – the Judicial Commission considers formal proposals for revisions to the Code, and ICSP oversees the production of new editions. Indeed, a new edition is currently in press at IJSEM, and significant new revisions have already been proposed, such as the possibility of allowing sequence data to be used as type material. If adopted, this revision will have major implications for microbiologists’ ability to formally name taxa which are recognised in culture-independent studies, such as single-cell genomic analyses.

There are definite challenges ahead for the ICSP. Maintaining and adapting the Code such that it is fit for purpose as we strive to classify >106 bacterial species is one. Helping microbiologists respond to the Nagoya Protocol is another (there is useful information on our website). Probably, the most significant is attracting able and enthusiastic early career scientists into the field to ensure it remains a vigorous and stimulating discipline. I look forward to Chairing the ICSP as we engage with these challenges!