A new vaccine against tuberculosis 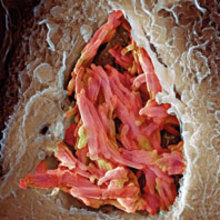 Over a hundred years ago, two French scientists began to culture the species of mycobacterium that causes tuberculosis (TB) in cattle, named Mycobacterium bovis. About 13 years and 231 vaccine passages later they had attenuated its virulence to the extent that it could be injected into people as a vaccine for the prevention of TB.

In the same way as Edward Jenner before them, they had arrived at a ‘live’ vaccine that was related enough to a disease-causing pathogen to produce a cross-reactive immune response but that did not inflict disease upon the recipient. The vaccine was named bacillus Calmette–Guérin (or BCG) after its inventors and remains the only licensed vaccine for use against TB.

The problem with BCG

A vaccine does not remain in use a hundred years after its inception without proving its worth over that time. Accordingly, based on the results of a number of clinical trials, we know that BCG is capable of preventing up to 80% of adult TB cases as well as the various forms of TB disease that affect infants and children, usually at sites other than the lung. And yet, in 1993, the World Health Organization declared a global TB emergency and prompted a new age of research effort towards better drugs and vaccines for TB. Why did BCG not herald the global eradication of TB in the same way that Jenner’s vaccine eventually did for smallpox?

In scientific terms, the global efficacy of BCG is variable. In other words, although BCG vaccination of British schoolchildren can prevent nearly eight out of ten cases of TB over the subsequent 15 to 20 years, the same school vaccination programme in southern India would not prevent any TB. This startling contrast is apparent in many other settings. Depending upon where you stick your pin in the world map, BCG either protects against TB to some extent or it doesn’t. Fascinatingly, the pattern is not a random one. For example, if your pin lands close to the equator, the chances are BCG will not prevent TB in that country. The further from the equator it lands, the better the chances that BCG will work. There are of course many possible factors that differ between a country such as Malawi in sub-Saharan Africa where BCG is known not to work well and one in northern Europe, such as the United Kingdom, where it does. The task of determining which are responsible for the effect on BCG’s ability to prevent TB has proven substantial and is beyond the scope of this article.

The challenges of a new vaccine

It is generally agreed that along with better TB diagnostics and drugs, a new vaccine that can succeed where BCG has not would represent a huge step towards the reduction and even eventual eradication of global TB. As such, the 21st century has so far seen many of the worlds leading vaccinologists and immunologists turn their attention to the challenge of producing such a vaccine. A disease that has been with us for millennia is not going to be beaten easily and TB provides a case in point. Despite our best efforts, we have yet to discover the most effective immunological weapons our bodies can deploy against the TB mycobacterium. Clearly they exist, as many people seem capable of resisting TB disease despite exposure to the pathogen. Certainly there are many clues and much scientific evidence that points to likely candidates. For example, people who are genetically unable to respond to the signaling protein interferon-gamma are susceptible to TB, as are patients infected with HIV whose T-lymphocyte populations are depleted. Although these and other candidate weapons have not been ruled out, the usual outcome is that no one protein, signal or lymphocyte cell population appears to represent a magic bullet capable of stopping TB in its tracks. Promisingly, TB vaccinologists appear to have heeded this message and are developing vaccine candidates designed to utilise multiple immunological weapons simultaneously. 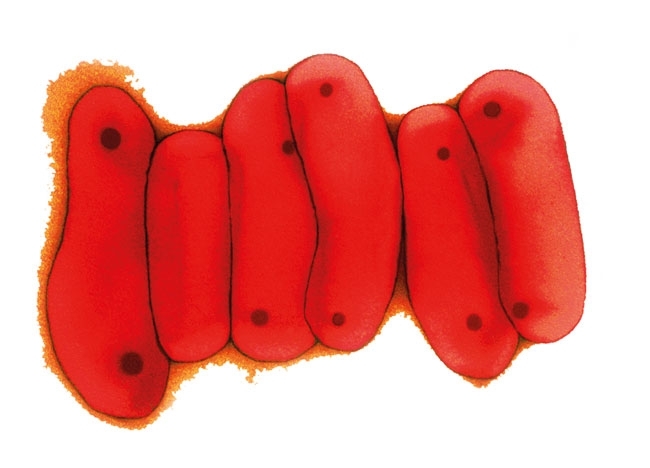 Aside from an incomplete knowledge as to the ideal immune responses a vaccine should activate, we have to realise that TB vaccinologists are not starting with a blank slate. Trying to supersede BCG is not easy as it works well in certain, important circumstances, not least its ability to protect infants and children from childhood forms of the disease. As such, new vaccine strategies fall into two broad camps. In one group are those that are intended to work as a follow up vaccination to improve the immunity imparted by a previously administered BCG jab. In the other group are those that are intended to replace BCG completely. In some cases, the latter group comprise candidates that have followed BCG’s lead and take the form of a live mycobacterium, either BCG itself with some additional genetic modifications designed to improve its potency or, in the case of one promising candidate, Mycobacterium tuberculosis itself but, of course again, altered genetically to attenuate it and prevent it from causing the disease it is designed to prevent. Clearly, the hope is that these new mycobacterial vaccines will harness the best of BCG’s abilities but with significant added capabilities that will hopefully allow them to succeed in settings where BCG has not.

Proponents of new vaccines that are intended as follow-ups to previous BCG adhere to an alternative philosophy. In their view, BCG does activate the type of immune response that is required to beat TB but not potently enough. Hence the type of vaccine that is required is one that can boost one or more of the responses initiated by BCG. Genetically modified viral vectors are particularly adept at this task and a number of these are in development. The key design feature is that these viruses are modified to encode key antigens found in TB with the hope that boosting the immune response to these antigens will result in better protection. The selected antigen approach is followed also by a third high profile category of new TB vaccine candidates; those that comprise purified recombinant proteins. These protein antigen vaccines are usually designed as fusions of two or three such antigens. As with the virally vectored vaccines, the recombinant protein vaccines may be deployed as a booster for a previous BCG vaccination. They may also be used as a replacement for BCG. One of the key features of this approach is the addition of an appropriate immune-boosting adjuvant to the protein itself. Purified recombinant proteins are relatively non-immunogenic themselves but can induce potent responses with the help of an appropriate additional immune stimulus. Consequently, adjuvant research has been an area of great innovation in recent times, as vaccinologists have begun to harness the latest knowledge of effective immune responses against TB to design more effective formulations.

Clearly these are exciting times for TB vaccine research. However, despite the scientific knowhow and innovative design that have contributed to the approaches described here, it is important that TB vaccinologists don’t drop the ball in terms of attempting to devise novel concepts for the design of even newer vaccines. Disappointingly, the first clinical efficacy trial of a new candidate TB vaccine did not improve upon BCG in South African infants. The vaccine, a viral vector encoding a known immunogenic TB antigen, was designed to boost lymphocyte responses initiated by BCG. Notably many of the new candidate vaccines are designed to do the same thing. If vaccinologists are to learn anything from the results of such trials as they emerge, maybe it should be to heed the requirement to explore the many new avenues of possibility that research into immune responses to TB is revealing and be even more creative when designing the next generation of TB vaccines.