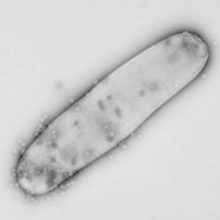 Buruli ulcer is a neglected disease found predominantly in tropical regions of the world, but the epidemiology of this disease is like the tip of the proverbial iceberg. Beneath the unusual name is a depth of mystery and intrigue that has simultaneously baffled and engaged researchers for the past 75 years.

What is Buruli ulcer?

Buruli ulcer (BU) is a bacterial infection of subcutaneous tissue in humans and other mammals. The bacterium gets into the fat layers below the skin and replicates, eventually causing great damage if left untreated but rarely killing the host. The disease initially presents as a painless nodule beneath the surface of the skin, often appearing on the extremities of the arms and legs. Over a period of weeks to months the disease slowly progresses with the skin around the nodule eventually breaking down to reveal an ulcer with a deep centre of necrotic tissue. Despite the extensive tissue damage the lesions are often painless and patients appear otherwise well.

BU likes it hot, but not always

BU has been reported in more than 28 countries around the world, but is predominantly found in rural regions in West and Central Africa, although its distribution is not strictly tropical with endemic regions in temperate areas of Japan and Australia.

The Australian connection with BU is long and auspicious. It was Australian researchers in the 1940s who - thanks in part to a malfunctioning incubator - discovered that this disease is caused by infection with a mycobacterium that grows preferentially at 32ºC instead of 37ºC. They called the organism Mycobacterium ulcerans. Although a close relative of Mycobacterium tuberculosis, the cause of tuberculosis in humans, M. ulcerans distinguishes itself from this and other mycobacterial pathogens by several important characteristics that are described below.

How do you get a Buruli ulcer?

The answer to this fundamental question has eluded researchers for more than 75 years, as they have tried to find the source of M. ulcerans in the environment and establish how the bacterium is transmitted to humans. Once you have been infected with M. ulcerans it takes a long time to develop a Buruli ulcer. Epidemiological studies have pinpointed an incubation period of around four months. Such studies have also uncovered a strong association between wetland areas and the occurrence of BU. Considerable effort has thus gone into testing all manner of possible reservoirs. Suspected sources include water, plants, aerosols, soils, bats, rats, lizards, fish, frogs, amoebae, biting flies and aquatic insects. In recent years much interest has centred on the last group with some field and laboratory evidence that certain carnivorous aquatic insects might be both reservoirs and vectors of M. ulcerans. In temperate south-eastern Australia it appears that the native possum is a reservoir of M. ulcerans and that biting insects such as mosquitoes may be transmitting the disease. However, there are no possums in Africa and a similar mammalian reservoir species has yet to be identified. In short, nothing is certain and focused research in the area of reservoirs and transmission remains a priority.

BU is not a human-specific infection

In Australia, BU has also been described in both native wildlife and domestic mammal species, and isolates of M. ulcerans from these animals are genotypically the same as strains causing human disease in the same geographic location. Affected wildlife species include koalas (Phascolarctos cinereus) common ringtail possums (Pseudocheirus peregrinus), a mountain brushtail possum (Trichosurus cunninghami) and a long-footed potoroo (Potorous longipes) as shown below. Domestic animals with confirmed Buruli ulcers have so far included two horses, five dogs, two alpacas and a cat. 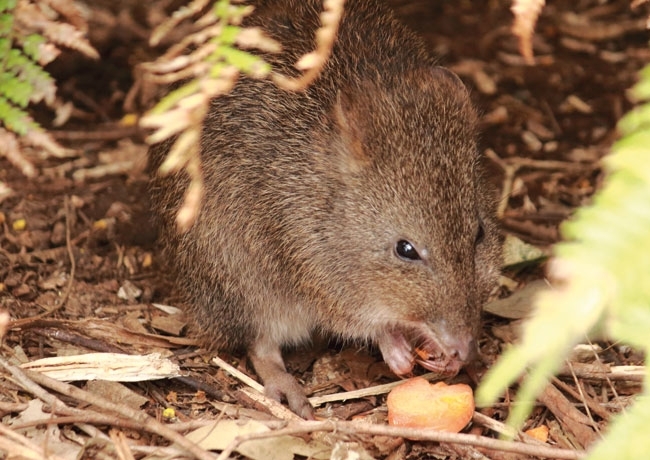 Antibiotics cure BU. The World Health Organization’s recommendation for treatment of BU is an eight-week course of rifampicin and streptomycin. Trials are currently underway to explore the potential of replacing streptomycin with an alternative oral antibiotic; one that doesn’t compromise efficacy and without the toxicity issues sometimes associated with taking streptomycin.

Bacterial pathogens are renowned for producing toxins that damage host cells but these toxins are usually proteins; think cholera toxin or tetanus toxin. M. ulcerans is different. It makes an unusual lipid called mycolactone. Mycolactone belongs to a class of molecules that are called polyketides. Many polyketides have important pharmacological properties such as the antibiotic erythromycin and the immunosuppressor rapamycin. No one knows why M. ulcerans makes mycolactone but testing it in the laboratory has shown it too has potent biological activities. In trace amounts mycolactone can suppress human immune responses. As the concentration of mycolactone increases it causes cells to die, which explains the ulceration seen in patients with BU. Mycolactone has no antibiotic properties.

Something fishy going on

There is a close genetic relative of M. ulcerans called Mycobacterium marinum, and while they share much of the same DNA sequence they have very different phenotypes. M. marinum causes a disseminated disease in fish, occasionally causes relatively minor skin infections in humans and grows quickly in the laboratory. M. ulcerans causes necrotic ulcers in humans, grows very slowly in the laboratory and makes mycolactone. Comparing these two mycobacterial species has helped us understand how M. ulcerans has evolved and causes disease.

Evolution has put the squeeze on M. ulcerans

Sequencing the genomes of M. ulcerans and M. marinum strains from around the world uncovered a very interesting evolutionary story. It showed how an ancestor of M. marinum probably acquired a plasmid that allowed it to make the toxin mycolactone. It seems that this new ‘skill’ led to a population of mycobacteria that could persist in a different environment. Further exploration of the M. ulcerans genome suggests that this environment was in some way protected or privileged as the genome is marked by many deleted or defunct genes and a preponderance of repeated DNA such as the insertion sequence IS2404. Expansion of insertion sequences and the accumulation of lesions in the DNA is a characteristic of bacterial populations that have been constricted and have passed through a metaphorical evolutionary bottleneck, on their way to becoming adapted to specialised and restricted environments. This makes M. ulcerans similar to the notorious human pathogens Yersinia pestis and Bordetella pertussis as they all have genomes with these signature features of adaptation and they do indeed persist in privileged niches; the mid-gut of the flea for Y. pestis and the upper respiratory tract of humans in the case of B. pertussis. So what or where is the M. ulcerans privileged niche? This puzzle remains to be solved.

The extraordinary genetics of mycolactone biosynthesis

M. ulcerans has an amazing arrangement of three very large genes that allow it to produce mycolactone. The genes are carried on a plasmid called pMUM and they are extraordinary because they are made up of unusual DNA sequence structure and are 50x larger than normal genes. These genes encode proteins called polyketide synthases. The whole system can be thought of as a molecular assembly line for churning out mycolactone. Some researchers are actually exploiting the intriguing structure of the mycolactone genes, where they are using genetic engineering to ‘trick’ the bacterium into making new polyketide-derived medicines (like rapamycin) rather than a potent toxin.

BU is an emerging problem in many regions of the world. It is primarily a disease affecting the rural poor of West and Central Africa and as a consequence relatively little is being done to prevent its rise. There are a handful of dedicated research teams around the world attempting to address key BU research priorities but more resources are urgently required. Questions such as: ‘How do people contract BU?’ and ‘What are the environmental reservoirs?’ need to be answered so we can develop strategies to stop the spread of this disease. This is the 21st century and we have all the technology we need to better understand BU. BU is thus a solvable problem. The World Health Organization has helped the establishment of BU National Control Programmes in endemic countries around the world and there are some non-governmental organizations who have been working for many years to raise awareness and support BU initiatives. It’s now time for a coordinated, well-funded and focused research effort to lift the lid on the mysteries of BU.