Schoolzone: Tuberculosis remains a global challenge – can its spread be halted? 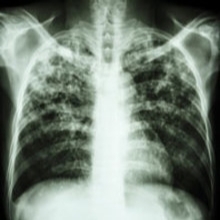 An infectious disease (communicable disease) can be defined as an illness caused by a specific infectious agent (pathogenic micro-organism) or its toxic products. The disease can be spread, directly or indirectly, from one person to another. Infectious diseases appear on the post-16 qualifications including Biology A-Level, for example cholera, HIV/AIDS. Tuberculosis (TB) is an excellent model to teach transmission, immune responses, prevention and treatment.

TB remains a major health challenge with one-third of the world’s population infected. In 2012, an estimated 8.6 million people developed TB and 1.3 million people died from the disease.

Although TB notifications and rates in the UK have remained relatively stable since 2005, the incidence of TB still remains high compared to most other Western European countries. In 2012, 8,751 cases were reported with the highest number of cases in London (39%).

TB is primarily a disease of the lungs caused by the bacterium M. tuberculosis. Most mycobacteria are non-pathogenic and are found in habitats such as soil or water. Some are opportunistic pathogens of humans; for example, Mycobacterium avium is a problem in people with compromised immune systems.

M. tuberculosis is an aerobe; consequently, the bacteria grow successfully in tissues with high oxygen concentrations such as the lungs. However, the infection can spread in the blood from the lungs to all organs in the body such as the kidneys and spine.

How is TB spread?

TB is spread from person to person through the air. When a person with active TB coughs, talks or sneezes, mucus and saliva loaded with the infectious organism are propelled into the air. The moisture quickly evaporates from these particles to leave droplet nuclei (dried microscopic pellets) that may remain airborne for hours or days and can spread over long distances. Droplet nuclei are between 1 and 5 µm in size and contain 1–3 infectious organisms each. Infection occurs if the inhaled organism reaches the alveoli of the lungs. A single sneeze will release millions of mycobacteria into the air; one person with active TB can go on to infect 10–15 people throughout the year.

Only a small number of people newly infected with TB will develop immediate symptoms of the disease. The majority will not become ill and cannot transmit the bacteria. The mycobacteria remain inactive (latent infection) without causing the disease. They can become reactivated at any time, even years later, especially in people with a weakened immune system. Depressed immunity due to ageing, a poor diet, a low standard of living and over-crowding or infection with HIV, can lead to an increase in the likelihood of developing the disease.

Current treatment involves three to four different kinds of antibiotics given in combination over 6–9 months. Multi-antibiotics are necessary to prevent the emergence of drug resistance in the bacteria. Patients stop being infectious to others after 2 weeks. After 1 month patients should feel well and start to regain weight. A problem with treatment arises when patients stop taking the drugs as soon as they feel better, because of inconvenience or to save money, as this may lead to recurrence of illness in the individual and the emergence of drug-resistant strains of M. tuberculosis.

The BCG vaccine was developed in 1921 from a live attenuated strain of M. bovis, which is used today. However, the efficacy of BCG vaccine varies around the world and between populations, ranging from no protection to 70–80% protection. Genetic differences in populations and variations in exposure to environmental mycobacteria are thought to affect the efficacy of the BCG in different countries.

New advances in basic sciences, such as molecular biology, immunology and genomics, are altering the way scientists design and make our vaccines. In 1998, scientists at the Wellcome Sanger Institute and the Institut Pasteur sequenced the genome of M. tuberculosis. Researchers are now using this information to design novel vaccines and drugs and to identify parts of the organism most suitable for targeting with drugs and vaccines.