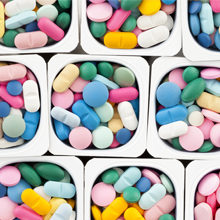 Antimicrobial resistance (AMR) defines the ability of a microbe to resist a medicine, which once could be effectively used for its treatment. This situation is emerging as a major problem in healthcare globally. A closer look at the recent literature, in particular with a clinical microbiology perspective in mind, quickly points to AMR as multifaceted in origins, and hence, not a single problem. This has consequences for how to approach the treatment of infections and especially how and when to focus on new drug therapies.

AMR is associated with both healthcare and community-produced factors. One problem is the poorly regulated and poorly enforced use of antibiotics in agriculture and human healthcare in many low- or middle-income countries causing bacteria to become resistant. One would suspect overuse as key to AMR, but lack of compliance with recommended dosages and duration of therapy are also components as shown for instance in multi-drug-resistant tuberculosis (Mycobacterium tuberculosis). Another community-produced factor is the contact between humans and animals. Recent studies in Africa show how differences in the interaction with husbandry strongly influence microbial resistance patterns in human populations, even when antimicrobial medication is not a part of the equation. Community-produced AMR factors are certainly key to the future use of antibiotics, as they are by far quantitatively dominating.

The effectiveness of antibiotics

The induction of AMR in patients receiving regular treatment with broad-spectrum antibiotics is exemplified in cystic fibrosis (CF). CF is a rare, inherited disease, which affects the epithelium lining in several organs, including the respiratory system. CF patients suffer repeated lung infections, especially with Pseudomonas and Burkholderia species. According to data from the UK Cystic Fibrosis Survey, the median expectation of life for a CF patient for the years 2000–2003 averaged around 40 years, and projections suggest a rise to 50 years for the birth cohort of the year 2000. This owes much to better and more therapy options. Even so, the effectiveness of important antibiotics, such as the carbapenems and aminoglycosides, is reduced by AMR in Gram-negative bacteria.

In recent years, the polymyxins, most particularly colistin, have made a comeback, still showing in vitro activity against carbapenems and aminoglycoside-resistant Gram-negative bacteria. Polymyxins belong to the class of polypeptide antibiotics and essentially work by breaking up the bacterial cell membrane. Colistin, or polymyxin E, was originally introduced for human use in 1959, but was largely shelved in the 1980s due to toxicity issues, primarily kidney failure. The re-introduction to treat AMR has been particularly useful in CF lung infections where the drug can be inhaled, limiting systemic side effects. This makes CF patients an obvious target group for new antibiotics that can be inhaled.

New drugs against the Gram-positive meticillin-resistant Staphylococcus aureus (MRSA), including linezolid, clindamycin, daptomycin and telavancin, have been brought to the market over the past decades. The latest introduction of new antibiotics also effective against Gram-negatives was the quinolones at the beginning of the 1980s and the carbapenems at the end of the 1980s. The newest development is the combination of carbapenems, including cephalosporins, with carbapenemase inhibitors (for instance ceftazidime/avibactam), which is now licensed in many countries. However, introduction of new antibiotics in human infectious diseases will not solve the AMR problem unless it is followed up by enforcement of restrictions for veterinary use, rigorous antibiotics stewardship and hospital infection control – a One Health approach.

Drug repurposing is the process of using a known drug for new indications. Unlike simple ‘off-label’ use, drug repurposing involves a systematic evaluation of the safety profile of drug candidates and also often a new formulation of the pharmacological active ingredient. The recorded application of an older drug provides knowledge of the pharmacodynamics, which make it possible to spare elaborate safety trials for new applications. Thereby, development costs are lowered compared to more standard drug development. Drug repurposing can involve large-scale screening programmes, but such an approach makes the availability of vast drug libraries a requirement.

Recently, we published a study demonstrating that the multiple sclerosis (MS) drug glatiramer acetate (GA, or Copaxone™) also has an anti-bacterial effect, especially against Gram-negative bacteria. It is beyond the scope of the present account to bring forward the complex origins of this drug; however, in the late 1990s, GA was a landslide in the treatment of MS. GA is a composition of random peptidic co-polymers, each on average 50 residues long and with residues of glutamate, lysine, alanine or tyrosine. In principle, this permits the formation of more than 1030 different co-polymers. The amino acid composition was regulated to mimic biochemical properties of myelin basic protein, a membrane-associated protein in the lipid sheath of neural axons and presumably one of the autoantigens in MS. As suggested by the name, myelin basic protein carries a high positive charge, which, in turn, is also a hallmark of GA, but also a known property of many antimicrobial peptides (AMPs). With an additional hydrophobic character, leading to self-oligomerization, GA resembles the biochemistry of AMPs. With these observations as basis for our hypothesis, we tested the antimicrobial activity towards Pseudomonas of the plain GA formulation. Much to our surprise, GA surpassed the activity of the human cathelicidin-fragment LL-37 in 100% human plasma. The extraordinary heterogeneity of GA has been one of the conundrums in understanding its pharmacological mode of action in MS. But as an antimicrobial formulation, there is a relevant comparison among naturally occurring AMPs, namely the group of temporins secreted in the mucus of the European red frog, Rana temporaria. Direct investigations showed that temporins together created synergy. With ten forms originally identified in Rana, the heterogeneity of the temporins is far less than for the GA co-polymers, but this natural defence mechanism encourages the speculation that the antimicrobial activity of GA originates through similar mechanisms as for the synergetic temporins. 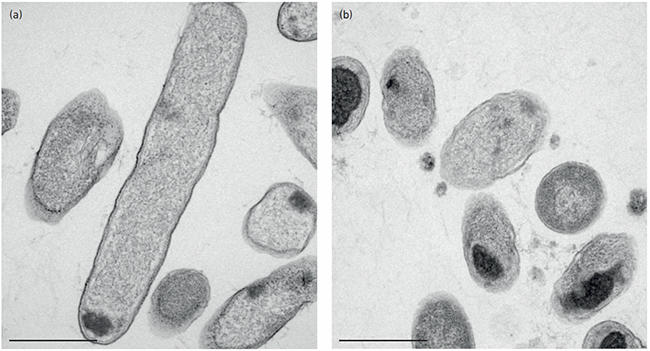 Our work to provide antimicrobial CF inhalation therapy brings into focus which part of the AMR problem is solvable by the application of new antibiotics. We reported that clinically isolated Pseudomonas strains with multi-resistance to classic antibiotics were killed by GA. In terms of the significance of new antibiotics development and AMR, we find it necessary to point out that CF-related AMR and community-produced AMR are different challenges when the social setting is included. Community-produced AMR is often caused by ill-informed overuse or ad hoc interactions with husbandry and its products. Directly opposite, AMR in CF emerges from a well-defined clinical need to use intensive antibiotic therapy in critical care facilities. This implies that new antibiotics are hardly a solution to the AMR problem in its widest sense, while the treatment of the relatively small group of CF patients infected with AMR bacteria has some hope in the benefits from the availability of more antibiotics.

To our knowledge, the current use or developments of AMPs as antimicrobials is limited to topical applications including inhalation. There is little doubt from numerous scientific studies that AMPs hold a broader promise. If the clinical application of AMPs is hindered by developing costs, drug repurposing could be a way forward, as we have tried to highlight here. The surprising finding of the antimicrobial activity of GA seems to suggest a way forward with hypothesis-driven investigations of older drugs. This should inspire more investigations along the route of drug repurposing.

Thomas Vorup-Jensen, PhD DMSc, is Professor of Biophysical Immunology with a focus on the pharmacological-mode-of-action of protein-based anti-inflammatory drugs. He has also contributed to the scientific understanding of the innate immune system, notably the complement system, with a focus on the biochemistry of integrin complement receptors.

Stig Hill Christiansen, PhD, currently holds a postdoctoral fellowship at the University of Southern Denmark. Dr Christiansen has a particular interest in innate immunology, but as science has indeed become more multidisciplinary, his interests today range from immunology, through protein chemistry, to microbiology.

J. Eskild Petersen, MD DSc, is Professor of Tropical Medicine. His scientific work has focused on toxoplasmosis and malaria. As a clinical specialist and consultant in infectious diseases, he has worked in Europe, Africa and the Middle East. He has also focused on treatment of infections in adult cystic fibrosis patients.

Thomas: I very much like working in an interdisciplinary environment, where several scientific disciplines work together to solve questions in immunology or medical microbiology. To run a project involving several very different professional backgrounds is challenging, especially when findings made by one group of people needs explanation by another group. Likewise, when a paper is written up, merging the scientific vocabulary of several disciplines into one coherent text is part of this challenge.

Stig: The most challenging part of my job is the occasional need to change perspective when working with scientific problems.

Eskild: It is a challenge but also very rewarding to work with specialists with different backgrounds and assemble a team focused on a research issue. In the complex research environment of today, where everyone is very sub-specialised this is where new results and insights are generated.

Stig: In fact, I do not consider myself a microbiologist, but more an immunologist. My research spans a broad range of topics, focusing largely on innate immunology, but since my first microbiology lesson, I have been fascinated by infectious diseases and the micro-organisms that cause them. I am particularly interested in antimicrobial peptides and how bacteria use various resistance strategies to avoid antimicrobial peptide killing.

Eskild: Microbiology is a key specialty between clinical science and basic cellular science. The molecular revolution over the past thirty years has given us great insight into the functions of bacteria and not least the complicated mechanisms involved in antibiotic resistance. This can have direct clinical implications for the treatment of patients and the epidemiology of resistant micro-organisms.

Electron microscopy micrograph of Pseudomonas aeruginosa as (a) untreated and (b) treated with GA. Note the formation of intracellular aggregates, which may be part of the antimicrobial effects. Bars, 500 nm. Stig Hill Christiansen.