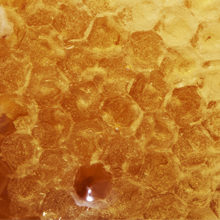 Antibiotics have been a cornerstone of medical treatment since they were first introduced in the 1940s. They’ve allowed transmissible infections to be treated and opened up the possibility of more invasive medical procedures. However, the impending antimicrobial resistance crisis is set to undo all of this. In a post-antibiotic era, can manuka honey, a natural product with a successful past, undo this sticky situation?

The emergence of antimicrobial resistance (AMR) was all but prophesised by Alexander Fleming in the 1940s following the clinical introduction of penicillin, and by the late 1990s and early 2000s the downfall of ‘Big-Pharma’s’ antibiotic drug discovery pipeline was all but certain. Too few people outside of academic circles took note and the wider community was unaware until the tireless work of Dame Sally Davies and Lord Jim O’Neill. Together they have painted bleak futures for our children which has since put the impending AMR crisis at the forefront of science policy and political debate within the UK. Now, we are regularly reminded in some form or another of the impending AMR crisis (and quite rightly so!). More recently, small biotech companies and academic researchers alike are pursuing the antibiotic mantle once held by ‘Big-Pharma’, searching for the next generation of antimicrobials in the most unlikely places. One such place gaining increased interest of late is the beehive, and more specifically, the honey contained within. As a natural product made from the constitutes of its surroundings, there are many different types and, more recently, the medicinal properties of these have been investigated.

So, is all honey created equally?

Well yes and no. Honey is a natural product with a complex chemistry that contains up to 600 unique compounds. However, 97% of its weight is made up from four simple sugars (fructose, glucose, maltose and sucrose) and water. These ‘non-variable’ components are consistent across all honey types, giving rise to the characteristic sweetness and self-preserving qualities. The sugars achieve this by reducing the pH and water activity of the honey to a level where growth is prohibited, but this antimicrobial effect is short lived when the honey becomes diluted. The remaining 3% is a ‘highly-variable’ mixture of minerals, oligosaccharides, organic acids, phenolic compounds, proteins and vitamins which are produced by plants and incorporated into the nectar (along with the sugars). Therefore, the exact cocktail of compounds present within a honey is representative of the botanical source (and growth conditions) from which the nectar was gathered, giving rise to honeys with distinctive tastes, colours, and aromas.

More importantly (at least in the context of this article) these botanical compounds can increase the overall antimicrobial activity of the honey, even when it becomes diluted. This increased antimicrobial activity is not a certainty and has led to the identification of some honeys that are more potent than others, gaining them notoriety within the field. Manuka is one such honey that was identified in the mid 1980s as having exceptional antimicrobial activity that was retained upon extensive dilution. This activity is due to the incorporation of manuka bush botanics into the honey. One key compound is methylglyoxal, which is derived from dihydroxyacetone in the starting nectar. It is believed that this is responsible for the majority of manuka honey’s antimicrobial activity and the evidence suggests there are other as yet unknown compounds that modulate activity.

Recently, researchers have tried to better understand the antimicrobial activity of manuka honey, identifying the mechanism by which it inhibits bacterial cells and the compounds responsible for this activity. Two distinctly different mechanisms have been identified to date against two unique bacterial species. Against Staphylococcus aureus, a notorious Gram-positive nosocomial pathogen, manuka honey arrests the latter stages of the cell division process (post septa-formation between daughter cells) resulting in the death of daughter cells. Conversely, against Pseudomonas aeruginosa, an inherently difficult to treat Gram-negative pathogen, manuka honey destabilises the cell envelope (down-regulating cell wall anchor proteins) leading to membrane blebbing, which eventually results in cell lysis. It is unclear if these mechanisms are finite, representing species-specific interactions, or if they form a broader inhibitory action that is Gram-specific. What is certain is that manuka honey has the ability to inhibit a wide range of clinical pathogens such as Acinetobacter, Burkholderia, Enterococcus, Listeria, Salmonella, Shigella and Streptococcus species, even though the mechanism against them remains unclear. Importantly, these inhibitory effects are not confined to planktonic culture, with observable inhibitory effects seen against biofilms and chronic in vivo infections. As a product with broad-spectrum activity, it makes an excellent candidate for the initial treatment of infections, particularly where the exact causative agent isn’t known immediately. Even when manuka honey is diluted beyond its inhibitory concentration, it still retains some activity, attenuating a wide range of virulence traits in various bacterial species.

The majority of these effects have been observed in vitro. However, there is a clear need to design robust in vivo clinical trials and build upon growing anecdotal evidence and small in vivo case studies. One of the biggest hurdles which currently limits its clinical applicability is the effective delivery of manuka honey to the infection site. While this is of limited concern in surface wounds (which popularised the clinical use of manuka honey in the first place), it becomes increasingly tricky to deliver manuka honey at effective concentrations within the body. Developing novel delivery mechanisms or incorporating manuka honey into pre-existing clinical products may aid its clinical transformation. For example, in vivo studies have suggested that its incorporation into sino-nasal wash solutions can improve culture negativity in chronic rhinosinusitis patients, while in vitro combinational therapy has proven successful against many bacterial species. Various studies into combinations of antibiotics and manuka honey have shown that it can help some antibiotics overcome resistance mechanisms to the point where they become effective once again.

Regardless of any headway we make in antimicrobial research going forward, if antimicrobial resistance is soon to follow then any progress is futile. It is therefore crucial that future antimicrobials are vigorously tested for their ability to generate spontaneous resistance among clinical pathogens. For manuka honey at least, all previous in vitro attempts to generate resistance have been unsuccessful (although increased tolerances by biofilms have been reported) and there are currently no reports of in vivo resistance, most likely due to the presence of multiple selection pressures from a wide range of botanical compounds exerting some effect. As we understand it today, this complex chemistry is key to its broad-spectrum activity, anti-biofilm effects and virulence attenuation. It is clear that the future for manuka honey is looking bright as we move ever closer to elucidating additional mechanistic effects, identifying additional novel compounds within manuka honey that have therapeutic significance and push manuka honey into a clinical setting via in vivo testing. Only time will tell if it is golden.

Aled Roberts is a Hodge Foundation-funded Postdoctoral Researcher in Dr Rowena Jenkins’ laboratory. He completed a PhD detailing the mechanistic effects of manuka honey on Pseudomonas aeruginosa and his current research interests focus on the potential use of natural products to combat antimicrobial resistance in multiple human pathogens.

A range of skills are required to complete my job, from aseptic techniques to the use of specialised equipment. However, one of the most widely used skills is that of patience, especially when things start going wrong!

What do you do in a typical day/week?

A typical week for me includes planning and conducting various experiments in the lab, and if they don’t work (which they inevitably don’t), I have to troubleshoot the problems and find a solution. The rest of the week is filled with paperwork, reading and, most importantly, coffee.