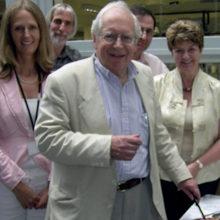 In the 1960s the major professional biological societies became aware of an increased need in schools for support for the teaching of specialist aspects of biology in response to marked changes in curricula brought about by new developments such as Nuffield Biology. The response by the Microbiology Society (then named the Society for General Microbiology) was to organise a symposium from which arose a joint committee – the Microbiology in Schools Advisory Committee (MiSAC) – in 1969, consisting of representatives of the Microbiology Society and other organisations with experience of and interest in school education. 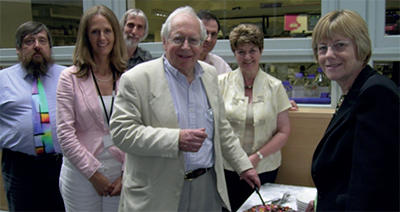 In recent years, the Microbiology Society representative on MiSAC was drawn from Society staff, but is now again a role open to Society members, with the representative also being part of the Society Communications Committee. Rachel Exley was appointed to the position in 2018 and has quickly become very involved, including joining Margaret Whalley, MiSAC colleague and a member of the British Mycological Society, as co-editor of MiSAC matters: 50th Anniversary Articles (misac.org.uk).Several Microbiology Society members have contributed to this celebratory publication, including Sir Paul Nurse and President Professor Judith Armitage.

This year MiSAC celebrates its 50th anniversary. The close coincidence with Microbiology Society’s 75th anniversary next year is well worth recording, because of both the key role that the Microbiology Society played in the formation of MiSAC in 1969, and the many ways in which a long-lasting and close association developed between the two organisations to support the future of microbiology.