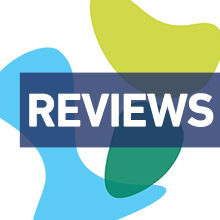 It is no secret that now even the shortest of hospital stays drastically increases your risk of developing a hospital-acquired/healthcare-associated infection (HAI). HAIs are associated with extended hospital stays, high care costs and an increased risk of death for both patients and healthcare facilities worldwide. Infection prevention and control (IPC) is an essential element of patient safety and is the responsibility of all those who provide care. 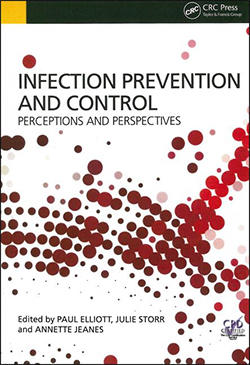 Whilst not all HAIs are preventable, in many cases they are no longer considered an acceptable adverse event during a hospital stay, especially in the face of ever-increasing antimicrobial resistance. Extensive IPC policies are in place, such as hand hygiene and global antibiotic stewardship. However, as antibiotic resistance begins to surpass novel discovery and development, it is clear that perhaps novel approaches are required, before many aspects of modern medicine are no longer viable.

Typically, publications on IPC focus primarily on the scientific and technical aspects of infection control. Infection Prevention and Control: Perceptions and Perspectives, however, introduces a novel way of thinking. The book is wide-ranging and includes the perspectives of not only those providing the care but also of the patient and family, giving a voice to those who receive healthcare and highlighting the key role they also play in infection prevention. It also stresses leadership throughout, emphasising that without effective direction and management at all levels, there can be no further improvements.

Whilst this book is less likely to be suitable for someone lacking a sound background knowledge of IPC, it provides a new and stimulating perspective and would be highly beneficial for those looking to further their professional development. 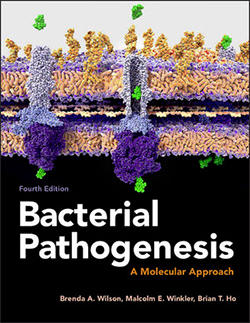 As the title indicates, this book is about the means in which bacteria cause disease. Pathology is the result of an interaction between species, obviously the bacterium and the host organism, but also the other species that form the microbiome of the host. In some cases, the ability to cause pathology can bestow an obvious survival advantage on that bacterium; however, there is no clear link between pathology and survival in most cases. Those bacteria cause disease because ‘they can’.

The ability of bacteria to cause disease is dependent upon many factors including the bacterium’s ability to survive outside their hosts, to access the host, to replicate within and to compete with resident microbiota, to resist host defences and to disseminate within the host and to other hosts. This book starts off describing the host’s defences, which is some areas of the body, include other bacteria.  Then the book describes the means by which an association is made between bacteria and disease, and the ways in which we can study this association. The book goes on to describe the properties that bacteria possess to colonise and survive within their hosts, which often cause some level of damage, dysfunction and symptoms of disease within that host. Following this, the book describes the means by which we can prevent infectious disease by immunisation and treat it with antimicrobial drugs. The ability of bacteria to replicate (and thus evolve) much faster than their hosts facilitates the development of resistance to these antimicrobials, as well as adapt to other environmental changes. Next the book describes those bacteria which are not commonly associated with causing disease, but only when particular conditions give them the opportunity. Finally, the book focuses on the use of pathogenic bacteria for malicious intent, and our response to it.

This new edition is a very welcome, and very much needed, update of the previous one, published in 2011. I will serve as an excellent learning resource for undergraduates, postgraduates and postdoctoral researchers alike. It is written in very engaging way and the numerous colour figures are clear and informative. At a price of £98.50 (through Wiley, the UK distributor), it certainly isn’t cheap, but it is very good indeed and I thoroughly recommend it. 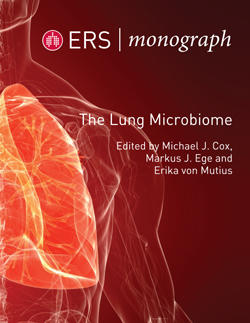 This book reveals a complete understanding about the lung microbiome. I found it interesting as it explores not only pure microbiology, but also brings a practical, clinical and environmental point of view. On the first three chapters, sampling and other techniques for the microbe’s culture and identification are discussed. It mentions diagnostics based on molecular signals, gene sequencing and metagenomics. The influence of each kind of sample on a microorganism’s isolation rates is shown.

The reader is then taken to 14 chapters in which clinical and research data are put together showing the lung microbiome throughout human life. Studies approach the early stages of life in which the initial microbiome acquisition occurs, breaking the common notion that infants are born sterile.  In other chapters the mycobiome is approached.  The colonisation, infection, and diagnosis of fungal respiratory diseases are the main topics. The use of conventional methods (culturomics), as well more advanced techniques such as NGS, are presented.

One chapter is solely dedicated to viruses and the virome. Authors point to the fact that bacteriophages modulate the lung bacterial microbiota, and therefore make great potential therapies for the future. Airway diseases and how the bacterial microbiome behaves in different clinical scenarios is also discussed in this book. Nosocomial infections, the environment, and compromised immunity conditions are considered. The last chapter mentions some challenges the field is facing.  The main one lies on the need to approach the microbiome as a whole, with experiments considering the plethora of microorganisms (bacteria, viruses, and fungi).

Overall the book provides a nice overview about the lung microbiome, with studies of several aspects on the topic. I certanly recommend this book as I found it very interesting indeed.