Pathogenic bacteria in our oceans’ shellfish 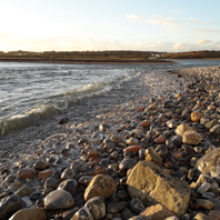 Mussels, oysters, clams – some of the most appetising culinary dishes, such as moules-frites, feature shellfish. These foods are considered healthy as they are fresh from the ocean, but looks can be deceiving.

Improperly prepared or incorrectly stored shellfish can harbour bacterial, viral and algal pathogens and toxins that can cause extremely unpleasant food poisoning, with symptoms of gastroenteritis, diarrhoea and nausea lasting for several days. Antibiotic treatment and drinking plenty of water to prevent dehydration helps most sufferers. However, for people with underlying health conditions, or whose everyday living conditions and state of health are poor, the consequences can be life-changing, potentially leading to systemic disease, organ failure and, in extreme cases, even death.

Marine waters teem with abundant Vibrio species. A few species are capable of causing human gastroenteritis – in particular V. parahaemolyticus and V. vulnificus. While V. cholerae is more widely known, due to severe outbreaks of cholera, infection occurs through contaminated drinking water and improper sanitation, rather than through shellfish consumption. Startling news headlines about ‘flesh-eating bacteria’ and graphic images of necrotising fasciitis highlight the severity of disease when V. vulnificus invades into the bloodstream, causing extensive tissue damage, low blood pressure, shock and, in 50% of cases, death. Fortunately, these cases are rare and infection normally remains limited to the human gut.

V. parahaemolyticus and V. vulnificus cause disease by deploying an armoury of virulence factors, including cell adhesins, haemolysins, toxins, immune modulators, proteases and lipases. Complex multi-unit structures, such as pili, attach the bacteria to host cells. Type III secretion systems (T3SS) inject immune-modulatory effectors and toxins into the cells of eukaryotic hosts. Recently, it has been reported that Vibrio species are not only effective at causing disease due to their interaction with, and effects on, host cells, but can also utilise type VI secretion systems (T6SS) to kill the gut microflora, thereby providing the Vibrio with a competitive advantage. The discovery of molecules that inhibit virulence may lead to the development of novel treatments for gastroenteric diseases. As these molecules do not directly kill bacteria, there is less selective pressure for the emergence of antimicrobial resistance.

Not all V. parahaemolyticus and V. vulnificus isolates are capable of infecting humans. Due to extensive genetic diversity in these species, only a proportion of strains harbour the full complement of virulence genes necessary to cause disease. Examples of diversity are the presence, absence, number and type of haemolysin, T3SS and T6SS that each strain possesses, as well as individual amino acid variations within adhesive pilin subunits. Diversity is boosted by the movement of mobile DNA pathogenicity islands containing virulence genes (for example, T3SS and haemolysin genes) between bacteria. The relative contribution of each mechanism and the nucleotide variation within the genes themselves to the pathogenic potential of the bacteria are an active area of research.

As there is no known transmission of Vibrio between humans, it is thought that the capability of these bacteria to cause disease is fortuitous – for the bacteria! The virulence factors may have evolved to provide the bacteria with benefits for survival in the marine environment and colonisation of marine organisms.

Shellfish pathogens have adverse effects not only for human health, but also for shellfish aquaculture. Several pathogens primarily target and infect shellfish, leading to massive kill-offs of thousands of shellfish, which can cripple an industry at a local level. For aquaculture, disease can be particularly devastating in the post-spawning period. At this time, shellfish experience physiological stress due to warm waters and dense crowding. The stress makes the shellfish more susceptible to disease and increased severity of symptoms, while the close proximity of neighbouring shellfish allows easy transmission of disease from one individual to the next.

The control of disease in shellfish is important due to the significant contribution of aquaculture to national and financial interests. The majority (85%) of the world’s aquaculture marine molluscs are produced in China, while the country with the next largest production is Japan, with 2%. In 2016, 17 million tonnes of molluscs were harvested from aquaculture and six million tonnes captured from natural environments for commercial, industrial, recreational and subsistence purposes. Oysters account for a quarter of all molluscs harvested, with clams, cockles, ark shells, mussels, scallops and pectens together representing half of all production. Bacterial diseases of larvae and early juveniles are not uncommon in oyster hatcheries. They are most frequently attributed to Vibrio species and can lead to mass mortalities. However, disease is not limited to aquaculture and also occurs in natural populations. 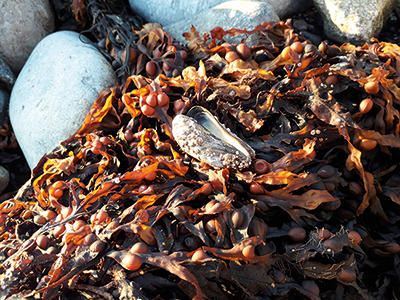 So how do we avoid the unwanted symptoms of shellfish poisoning? Cooking will kill the bacteria, but alcohol, lemon or hot sauce will not! Ensure the quality of the producers and the shellfish source. Shellfish producers follow national guidelines and regulations to monitor the occurrence of shellfish pathogens in areas of shellfish production, to ensure their absence in the product and safety and quality of their product. Harvesting may only occur when detection methods have confirmed that human pathogenic microbes are within acceptable safe limits in an area of shellfish culture. Further steps, such as depuration, are carried out to reduce the number of bacteria in shellfish and reduce bacterial growth during storage. Depuration is a process by which shellfish are placed into a clean water environment for a period of time to allow purging of biological contaminants (bacteria and toxins) and physical impurities (such as sand and silt), heavy metals or organic chemicals via the natural filter feeding of the shellfish.

The old adage to only eat seafood in a month with an ‘r’ – such as February – relates to the increased numbers of bacteria that can be found in warmer waters, and in shellfish, during the summer months. With the proper monitoring, culturing, harvesting and storage, shellfish can be enjoyed in any month.

Aoife Boyd is Senior Lecturer in Microbiology at National University of Ireland Galway. Following PhD and postdoctoral research positions in the USA, Belgium and Austria, she returned to Ireland to establish the Pathogenic Mechanisms Research Group. Her research investigates host–microbe interactions of pathogens (especially Vibrio species) and of the human gut microbiome.

Microbes influence every aspect of our lives and life on Earth. Harnessing knowledge of microbiology brings beneficial impacts to the global environment and to our health and wellbeing.

What is the best career decision you have made?

The best career decision I ever made was to pursue a career in bacterial pathogenesis, host–microbe interactions and molecular biology research. This is actually a decision enacted multiple times at each career move (BSc, PhD, postdoc, biopharmaceutical industry, academia) and throughout the development and progress of each research project. The elegance and sophistication of the powerful systems that microbes create to colonise humans and other organisms continues to fascinate me and drives my research to understand their purpose and molecular intricacies.

Image 3: Mussels are a tasty shellfish, but may harbour gastroenteric bacteria. Aoife Boyd.