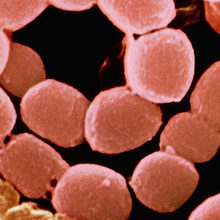 Soil is a fundamental source of life. As such it is fitting and timely that 2015 has been declared the International Year of Soils by the 68th United Nations General Assembly. Among other reasons, it highlights a need to raise awareness of the importance of soils for food security and other essential eco-system functions.

I became aware of the importance of soil as a child living in Uganda. My father was a soil chemist who worked in the field of international development. He travelled the globe, often to remote, inaccessible and war-torn areas to collect data and soil samples to provide information for future crop use and agricultural practice. Our house was a repository for piles of books providing both historical and up-to-date accounts of soil studies; scientific instruments designed to gather, analyse and record soil samples; handwritten field notes; and tightly rolled, stained and soiled maps annotated with symbols and abbreviations. My father’s passion for the earth was also centred around my childhood home on the east coast of Scotland. As children, my siblings and I learnt about our local geology of sandstone and sediments. We were shown how this translated into crop choice (mostly soft fruits and potatoes) and crop rotation, soil and soil fertility, local building materials and land use and our modern coastal landscape.

My father had an intuitive understanding of soil microbiology and its importance to the ‘health’ of the soil. He had an inherent belief that there were forces at work in the soil that scientists simply hadn’t discovered and as technology improved our understanding would increase. The articles that we present in this edition lend weight to this belief.

Richard Burns describes soil as a massive and versatile repository of activities that are capable of responding to any number of chemical, physical and biological conditions. He discusses the catabolic potential of the microbial world and the likelihood that microbes will be used to break down pollutants and render them harmless thereby saving our soil. Robin Sen’s article discusses the role of bacteria in the evolution of our soil on Earth. A complementary article by Geertje van Keulen and Ingrid Hallin describes the ecosystem processes sustained by microbial activity, which include nutrient cycling, and the breakdown of complex organic compounds from dead biomass to simple forms that can be used by the soil biosphere. Keith Chater’s article focuses on the main odour component geosmin that was first studied scientifically towards the end of the 19th century and is responsible for the evocative smell of freshly disturbed or wetted soil. The article written by Simon Jeffery and Wim H. van der Putten outlines a different side to soil, namely the ecology of soil-borne human diseases.

In this edition the Comment section has been written by Gulnaz Javan and her team of microbial forensic scientists at Alabama State University. It describes how microbial activity on, in and around cadavers may potentially aid death scene investigations. Finally, we are highlighting the start of the Small World Initiative programme, an exciting project that was first organised by Yale University and is now being rolled out by the Society. More details about the programme will be released as it develops over the coming months.

If you look up ‘soil’ in any English dictionary, it is apparent that it can be used as both a verb and a noun. Interestingly, as a verb, ‘soil’ has been imbued with negative meanings and connotations and as a noun it fares little better. It is timely that 2015 is the International Year of Soils. Soil is not just dirt. This recognition will remind the wider world of the positive and essential role that soil and soil microbes share as part of our life here on Earth.