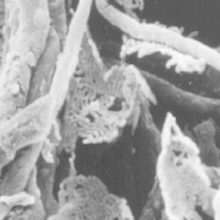 Soils tend to be taken for granted or just seen as a surface layer of sand, rock, dirt and mud from which plants grow. In reality, the evolution of soils and life on earth are inextricably linked. These very soils are now under grave threat from agricultural expansion, urbanisation, pollution and climate change.

Leonardo da Vinci’s statement that “we know more about the movement of celestial bodies than about the soil underfoot” remains as true today as when it was made over half a millennium ago. The 2015 International Year of Soils aims to raise general awareness and understanding, and drive urgent solutions for reversing an impending global soil and food security crisis.

Mars and Earth: a difference between twins

Over the last two years, NASA’s Curiosity rover has been returning tantalising images of sedimentary rocks and river basins together with chemical signatures of the Martian atmosphere and surface regolith. What distinguishes the surface of Mars from Earth is not the presence of water and nutrient-bearing minerals or even methane and oxygen but the apparent absence of microbial life. At first glance, arid deserts and the Martian environment show striking similarities but the presence of micro-organisms representing all three domains of life, Bacteria, Archaea and Eukaryota, highlights a fundamental difference – Earth’s living soil ecosystems. So how did soils evolve?

Evolution and radiation of aquatic and later land species was undoubtedly triggered by the appearance of cyanobacteria around 3 to 3.4 billion years ago. These photosynthetic bacteria fixed inorganic carbon dioxide (CO2) to organic sugars releasing oxygen into the atmosphere and supported biological nitrogen fixation (BNF) of di-nitrogen (N2) to reactive ammonia. Selection for evolution of BNF in existing domains, Bacteria and Archaea, was overwhelming as the most abundant form of nitrogen, a central building block of DNA and amino acids, was inert N2.

Cyanobacteria inhabited nutrient-rich coastal habitats until at least around 2.6 billion years ago when unicellular and filamentous forms colonised land surfaces and associated with bacteria and archaea to form microbial biofilms and cryptogamic covers. Growth and turnover of microbial consortia generated trace but priming levels of soil organic matter (SOM), the crucial component that turned mineral regolith into a proto-soil.

Depending on geographical location, climatic conditions, underlying geology and hydrology, SOM can account for nearly 100% to below 1% of soil carbon as typified by peatland and arid desert soil systems. Functioning of SOM in soils far outweighs representation in improving water-holding and cation-exchange capacities, organic nutrients status and microbial diversity of soils. Properties that explain high plant diversity and productivity of semi-natural ecosystems, such as tropical forests, grasslands, peatlands and drylands.

Significant amounts of photosynthetically fixed carbon are allocated to root growth and exudation that constitute major pools of SOM in soils. Soil microbes, that are generally carbon and/or nitrogen limited, migrate to the nutrient-rich root zone termed the ‘rhizosphere’ or the ‘mycorrhizosphere’ of over 85% of mycorrhizal land plants. Modern molecular ‘omics’ tools have uncovered enormous previously unknown microbial diversity that constitutes the soil food-web. Soil bacterial, fungal and archaeal microbiomes, characterised at local-to-global scales, have confirmed or shed new light on evolutionary plant–microbe associations and trajectories. Soil microbiomics has also recently been featured on the BBC with the discovery by US researchers of Teixobactin, a new class of antibiotic that is effective against multi-resistant Staphylococcus aureus (MRSA) and Mycobacterium tuberculosis.

Plant–fungal relationships tend to be viewed negatively due to a plethora of crop and tree diseases but beneficial mycorrhizal fungi support plant productivity in nutrient-limited soils. Over the last two decades those researching the mycorrhizal symbiosis have come to realise that mycorrhizal fungi also form extensive below-ground mycelial networks that not only stabilise soil structure in association with bacterial and archaeal biofilms but also interconnect plant communities and facilitate plant recruitment and inter-plant communication. No surprise that these fungal networks were called the wood-wide web by the journal Nature following publication of the seminal paper by Simard & others (1997). With inter-plant signalling detected, these fungal networks are now being called the Earth’s internet that underpins above-ground plant diversity and resilience to stress, e.g. drought, herbivory, diseases and climate change.

With the population expected to reach 9 billion by 2050, future global soil and food security is in the balance. Agricultural expansion and intensification are contributing to major degradation of the world’s soils already under threat from pollution and climate change. Heavy reliance on soil tillage and chemical fertiliser/pesticide application in mono-crop systems contributes to loss of mycorrhizal symbioses and increased eutrophication and emissions of greenhouse gasses (methane and nitrous oxide). Problems of nutrient runoff, soil erosion and desertification are exacerbated through lack of both plant SOM input and mycorrhizal networks. The Food and Agriculture Organization focus on soils in 2015 can help raise general awareness of threats to soils and the urgent need for sustainable agricultural intensification. Planning and action should be informed by past successful evolution of plant–microbe–soil interactions to secure future global soil and food security. There is no time to lose. 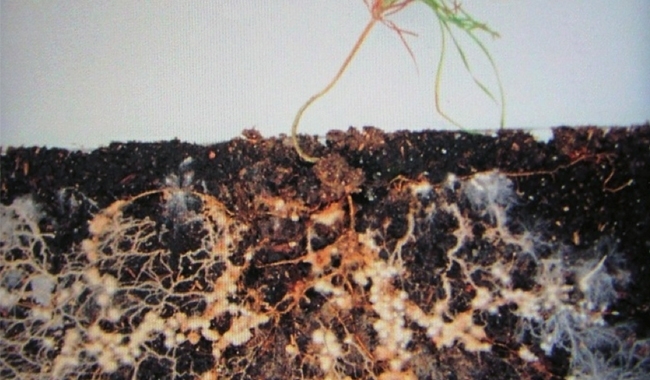 Kohler, A. & others (2015). Convergent losses of decay mechanisms and rapid turnover of symbiosis genes in mycorrhizal mutualists. Nat Genet doi:10.1038/ng.3223.