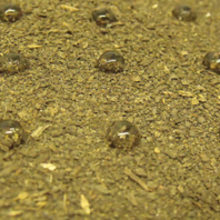 Soils are teeming with micro-organisms. Estimates vary from thousands to millions of microbial ‘species’ per gram of soil, with particle numbers including phages totalling more than astronomical objects in the universe. The application of modern sequencing technologies to biomes means we are beginning to know a lot more about what is present in soils.

The Earth Microbiome Project is logging microbial community composition and diversity in a staggering 50,000 biomes, a scale impossible to study until recently, providing insight into the vast scale of global microbial diversity. However, we still know rather little about the essential functional properties of these microbial cells in facilitating nutrient cycling, plant growth and general ecosystem processes, or about how they adapt to change and disturbance, in an array of terrestrial environments.

While a soil may appear to be rather homogeneous at larger scales, extreme heterogeneity is apparent at scales of microbial importance. Soil micro- and macro-aggregate formation is driven by organic matter such as plant roots, filamentous microbial hyphae and extracellular polymeric substances. This in turn creates micro-, meso- and macro-pores, each providing different microhabitats offering protection from biotic and abiotic stresses such as predation and desiccation. Microbial interaction is dependent on the patchy distribution of resources, cell-to-cell distances (which can be vast in soil) and soil pore connectivity, which in turn depends on soil moisture content. An increase in matric potential will lead to a decrease in water-filled pores and water-film thickness. Macro-pores will empty first, followed by meso- and ultimately micro-pores, leading to changes in microbial access to water and diffusion- and transport-driven substrate availability. Perhaps, counter intuitively, greater microbial community diversity can evolve under drier soil conditions and increased spatial heterogeneity. 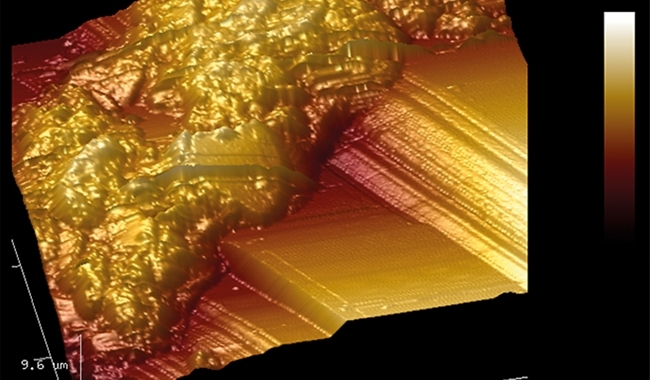 Microbial-driven ecosystem processes are largely determined by soil moisture. Prokaryotes tend to be more prominent in wet or disturbed systems, such as tilled agricultural land and marshlands, while the abundance of fungi increases in drier, less disturbed areas like forests, but both are necessary for nutrient cycling in soils. Ultimately, nutrient cycling is the breakdown of complex organic compounds from dead biomass to simple forms that can be used by the soil biosphere. Prokaryotes alone contain most of the total nitrogen and phosphorus and up to half of the carbon stored in the biosphere. Importantly, microbes decompose the bulk of soil organic matter, catalysing critical transformations in the carbon and nitrogen cycles.

Not all biomass gets degraded in the same way or at the same rate. Micro-organisms are specialised in their tasks within the ‘decomposition assembly line’, with different microbial communities operating best under different soil conditions. All soil micro-organisms require respiration, moisture and certain pH conditions to perform best, but to varying degrees and with varying limitations. The soil matrix heterogeneity allows buffering of (sub-)optimal conditions, thereby maintaining the necessary microhabitats. Soil characteristics such as organic matter quantity, soil texture (the relative proportions of sand, silt and clay) and structure allow aeration, pH, temperature and moisture gradients to develop across very small areas, which in turn are able to sustain different microbial communities working in close proximity to each other.

While the quantity of soil organic matter helps sustain microhabitats, the quality and composition of organic matter helps to determine the rate of microbial activity and its effect on soil nutrient dynamics. Microbes require both carbon and nitrogen for food, and while carbon is readily available in plant biomass, nitrogen (in its useable organic forms) tends to be limiting. Therefore, in general, the rate of biomass decomposition can be linked to the quantity of nitrogen available relative to the amount of carbon (the carbon to nitrogen, C:N, ratio). Woody biomass with a high C:N ratio can take a long time to degrade because microbes must find nitrogen from their surrounding environment, rather than directly from the biomass itself, to enable the degradation. Low C:N ratio biomass, such as manure, degrades quickly because there is enough available nitrogen within manure for microbial growth during decomposition; this is why manure makes such a good fertiliser. 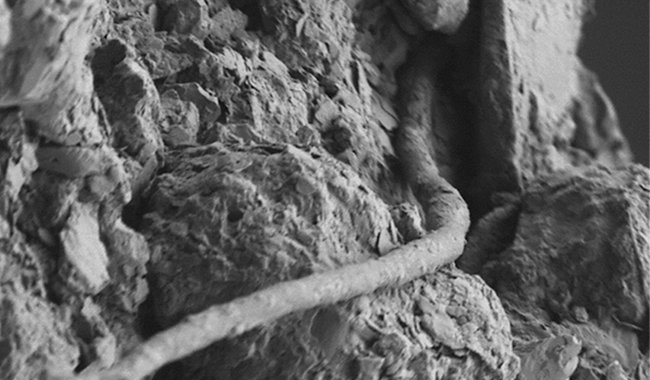 Soil moisture also strongly affects the microbial dynamics of soil organic matter, forming an important variable in global soil carbon prediction models, which remains poorly understood mechanistically. An important transient response, the Birch effect, is observed as a temporal increase in soil microbial respiration upon rewetting of soil after drying, which in natural soils is strongest after the first rain events following a prolonged dry period. It is thought that these pulses in microbial respiration upon rewetting are due to a temporal increase in substrate availability from dead microbial biomass, the release and re-use of osmolytes, soil aggregate breakups and the uncoupling of extracellular enzyme activity from microbial respiration. Soil respiration is indirectly affected by soil water repellency, which develops naturally upon drying–wetting cycles, rendering soil carbon less available.

Microbial response and adaptation to disturbance

Such functional metagenomic studies have only recently been initiated. Analysis of soil microbiome changes in a chronosequence of land-use from a native tropical forest, through deforestation to the establishment of agricultural and pasture soils showed that the disturbed soils were among the most microbially diverse with an increase in functional redundancy. The forest ecosystem equilibrium was upheld with a higher abundance of microbes, however, of lower alpha diversity. An extensive compositional and functional comparison of 16 diverse soils, including cold and hot deserts, forests, grasslands and tundra, showed that in plant-free cold deserts the lowest functional diversity was linked with the lowest phylogenetic and taxonomic diversity. Functional, taxonomic and phylogenetic beta diversity was correlated strongly across the biomes. It is now possible to start understanding in more detail what the most relevant community-level characteristics are for better predicting of functional attributes to ecosystem processes, like how climate change will affect soil microbial dynamics and nutrient cycling in polar regions and other parts of the world. Nonetheless, we still require extensive culture-dependent and in vitro studies to understand the current unknown function(s) of at least a third of genes in metagenomic sequences.

Microbes as indicators of soil health and ecosystem function

In conclusion, we have seen major advances in soil metagenomic and spatial studies recently. Whole microbial communities and community-level molecular characteristics can now be exploited as ‘biomarker’ indicators of ecosystem processes for monitoring and managing sustainable soil health under global change.