Microbiome – beyond the gut 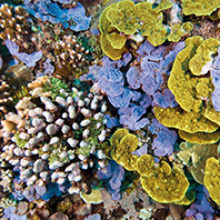 In recent years, vast improvements in the cost efficiency of high-throughput sequencing technologies and the sophistication of statistical bioinformatics have transformed our ability to investigate microbial communities in a wide range of environments across the globe.

These improvements have led to the emergence of several, large-scale initiatives such as the Human Microbiome Project, the Tara Oceans Project, and the Earth Microbiome Project, as well as large citizen science surveys such as the American Gut Project. Consequently, we have observed a tremendous increase in our knowledge of microbial diversity and microbial community dynamics across diverse biomes, including humans, animals, plants, air, soil, rock, marine, freshwater, sediment, and even built environments, among many others. Likewise, microbiome research has enabled the development of surveillance programs that hold the promise of protection, restoration and remediation of ecosystems impacted by anthropogenic pollution and climate change. In this article, we highlight major breakthroughs in microbiome research that extend beyond the human microbiome, and briefly consider the challenges and opportunities awaiting this exciting field, which is still very much in its infancy.

Over the last decade, we have experienced a resurgence of natural history surveys of microbial ecosystems. Empowered by technological advances, programs of research such as Tara Oceans and the Earth Microbiome Project are an embodiment of true, collaborative success and the unrestrained ambition of multidisciplinary teams of scientists tasked with the complex goal of constructing a catalogue of the uncultured microbial diversity of this planet. The Tara Oceans researchers, who spent more than three years collecting over 30,000 samples of water, sediment and plankton, revealed their findings in five reports in the May 2015 issue of Science. Collectively, their work represents a significant leap in our knowledge and understanding of the numerous, previously uncharacterised, planktonic organisms, including bacteria, protists and viruses that form vital components of marine food webs, and that provide half of the oxygen generated each year on Earth. Likewise, the success of the Earth Microbiome Project (EMP) is captured by two recent studies that make notable contributions to the fields of microbiome evolution, symbioses, and functional network-based modelling. First, Thomas & others generated extensive data through the EMP on microbial symbiont communities associated with 81 species of marine sponges collected through an extensive collaboration of scientists from 20 countries. Their observations of the sponge core–microbiome evolution and of host–microbe symbiotic interactions represent a valuable resource enabling further research and access to biotechnologically important, symbiont-derived natural products. Similarly, an EMP-sponsored survey of the soil microbiome associated with patches of remnant prairie grass across the Midwest of the United States provided a clear indication of the importance of certain bacterial taxa and functions associated with this vast ecosystem, and resulted in the discovery of a new bacterial species, ‘Candidatus Udaeobacter copiosus’, that appears to be ubiquitously distributed across the world’s grasslands. Importantly, large-scale studies of environmental microbiomes have led to an improved understanding of what structures communities of microbes, which lay the foundation for predicting how they will be influenced by climate change. For example, examining the bacteria, archaea, fungi and eukaryotic microbes associated with forest soils across China provided Ma & others with the power to understand the role of climate regions in shaping the interactions between these kingdoms. They employed co-occurrence network patterns at a continental scale to reveal complex associations that can be used to predict spatial organisation, and how changes in precipitation may impact soil health, stability and management. These survey projects, like the Human Microbiome Project, have paved the way for more specific hypothesis testing to elucidate specific mechanisms of action that underpin the observed ecological characteristics. They provide the scientific community with large, publicly available datasets that are an incredible resource for the study of microbial ecology and the evolution of life.

Microbiomes to the rescue

The expansion of microbiome research has created novel opportunities to develop surveillance strategies to better monitor and protect pristine environments such as the soil and aquatic ecosystems in the Antarctic. Similarly, a better understanding of microbial biochemistry and ecology is helping us to devise new approaches to restore and remediate sites impacted by changing climate, such as the Great Barrier Reef with warming and acidifying oceans, and the Gulf of Mexico following the recent Deepwater Horizon oil spill. Coral reefs are home to at least 25% of all marine species making these biomes the most biodiverse marine ecosystem on the planet. Rising levels of environmental pressure due to nutrient enrichment, increased sedimentation, and climate change-induced ocean acidification and warming have deleterious effects on coral reef health and biological diversity. At research institutions such as Woods Hole Oceanographic Institute and the Australian Institute of Marine Science, microbiome researchers are actively exploring the adaptive capacity of many reef organisms and their microbial symbionts to the cumulative pressures of climate change and degraded water quality. Their work is particularly critical for the restoration and conservation of coral reefs around the world, and to improve our understanding of how microbiomes can contribute to host adaptation in the face of climate change. In 2010, the tragic explosion of the Deepwater Horizon oil platform killed 11 workers and released 700 million litres of oil over a few months into the Gulf of Mexico, producing drastic changes to the ecology of the sediment and water. Subsequently, multidisciplinary teams of scientists worked tirelessly to deepen our understanding of microbial hydrocarbon degradation, its regulation, and capacity in marine environments. Their research was the first to utilise multi-’omic-based approaches to comprehensively investigate the diversity and physiology of the microbes that responded to this hydrocarbon infusion, to characterise the several microbial hydrocarbon degradation pathways, and to determine the impacts of dispersant application on resident microbial communities and their activities.

Microbiome studies have also made meaningful contributions to a number of different research areas, including those investigating the effects of urbanisation on microbial distribution patterns and microbe-driven biogeochemical cycles in lakes, rivers, and soils; those determining the impact of microbes associated with controlled environments such as aquaria on the health and well-being of animals in captivity; those studying the occurrence and prevalence of multidrug resistance genes in terrestrial, marine, and freshwater environments; and others exploring novel means for preventing microbial surface attachment and biofilm formation on membrane filters designed for water purification and wastewater treatment. 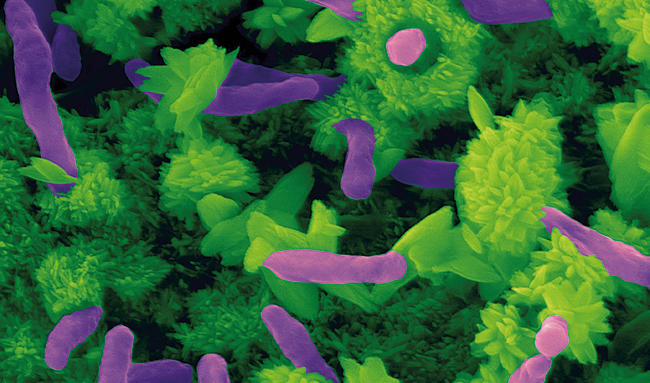 Despite the technological advances, there still remain many challenges that need to be addressed to gain a deeper understanding of the role of microbiomes and their interactions within the environments and hosts they inhabit. One of the major obstacles facing microbiome research is the computational and bioinformatics bottleneck. Some examples of these include determining cellular functions of the uncharacterised proteins in current annotation databases; the development of biome-specific annotation platforms to improve interpretation; and the development of algorithms enabling integration of multi-’omic data. Another major obstacle is the lack of a global initiative to process and integrate all microbiome data. It is crucial that we develop a long-term strategy that will support the storage, utilisation, and exploration of the large quantities of data generated worldwide by high-throughput sequencing technologies. Ongoing development of data science-related tools such as Qiita and the Joint Genome Institute’s Genomes Online Database can facilitate the systematic review and meta-analysis of data produced, thus greatly advancing our understanding microbes and their environments.

Where do we go from here?

Challenges aside, microbiome researchers are ready to usher in new projects and collaborative ventures following the announcement of the National Microbiome Initiative by the White House Office of Science and Technology Policy (OSTP). We are poised to enter a new golden age of microbiome research wherein we achieve a holistic understanding of microbial life; develop novel diagnostic and therapeutic strategies to treat diseases; mitigate risks associated with microbial multidrug resistance; identify sustainable solutions for restoring, remediating and protecting the environment; and eventually realise and harness the power of Earth’s microbial ecosystems.