Chytridiomycosis as a cause of global amphibian declines 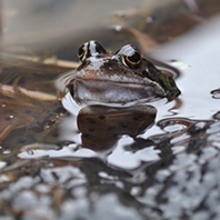 Amphibians are remarkable creatures that have inhabited the Earth for over 350 million years, and exhibit some of the most amazing and diverse life histories. The planet is home to around 7,500 species of amphibian, which occupy an extraordinary number of ecological niches. They are often viewed as indicators of environmental health by ecologists due to their reliance on both aquatic and terrestrial environments to complete their lifecycles. Furthermore, their thin and highly sensitive skin, where much of their respiration occurs, makes them highly susceptible to environmental toxins, disease and radiation.

Beginning of the decline

In the mid-1980s amphibians began to decline at an alarming rate, with a number of species being considered as extinct. Much of this decline was attributed to habitat loss, climate change and environmental pollution. At first these declines were noticed in Central America and Australia; however, mass mortality events also began to occur in what were considered to be pristine environments. In 1998 the major pathogen responsible for these declines was identified as the zoosporic nonhyphal euchytrid, Batrachochytrium dendrobatidis. The euchytrids are believed to be an early diverging branch within the fungal kingdom that use zoospores as the primary mode of dispersal, a trait which is believed to have been lost in the higher fungi as new spore dispersal mechanisms evolved. Moreover, it is this zoospore stage of the chytrid lifecycle that is fundamental to amphibian pathogenicity.

The lifecycle of B. dendrobatidis begins as an aquatic spore with a single flagellum. These zoospores disperse within the environment, where they may come into contact with the thin, permeable skin of amphibians. Upon contact with amphibian skin, the spores penetrate the skin and the zoospores encyst, absorbing their flagellum and forming a cell wall. Subsequently the cyst germinates, developing a small germ tube, which allows tissue and cell penetration. The fungal cells proliferate intracellularly and the germ tube gives rise to the sporangium. The infected cells are carried to the skin surface during epidermal differentiation, where the mature zoospores are released into the environment via discharge tubes. It is this process of growth and differentiation in the sensitive skin that is highly damaging to amphibians and results in the pathogenic effects. B. dendrobatidis is known to infect over 500 species of amphibian and has resulted in global amphibian declines. Remarkably, there is huge variation in the pathogenic effects of B. dendrobatidis, with some species being highly sensitive, with devastating effects on the population, and with other species appearing to be unaffected by infection and potentially acting as environmental reservoirs for B. dendrobatidis. Genomic studies of B. dendrobatidis indicate that it has a complex evolutionary history with the population structure consisting of multiple divergent lineages with no single evolutionary transition being linked to the observed global amphibian declines. This points to a multifactorial cause for global amphibian declines, perhaps linking evolutionary and ecological causes such as increased global trade of amphibians distributing B. dendrobatidis across the world, coupled with climate change and possibly other, as yet undiscovered, causes. 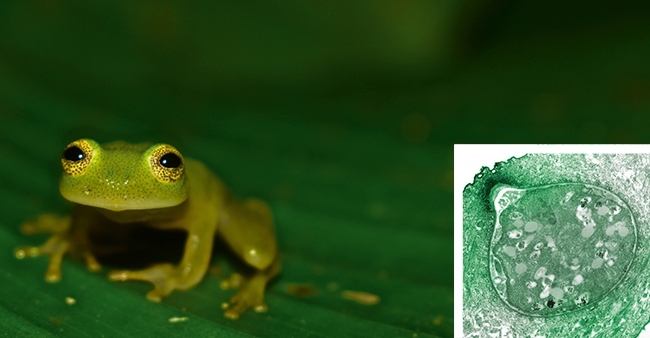 B. dendrobatidis – the first chytrid fungus

B. dendrobatidis has been found on every continent where amphibians occur (all except Antarctica) and linked to their decline. In Europe, B. dendrobatidis is widely distributed and has been linked to declines in a range of species, with midwife toads (Alytes obstetricians) and natterjack toads (Epidalea calamita) being particularly affected. More recently, the emergence of a second Batrachochytrium species, B. salamandrivorans, has resulted in huge losses in fire salamander (Salamandra salamandra) populations in northern Europe. It would appear that B. salamandrivorans emerged in Asia and has coexisted with certain species of amphibian there; however global amphibian trade has resulted in its introduction to naïve amphibian populations in Europe with devastating effects. Whilst resulting in huge losses in salamander populations, B. salamandrivorans has so far been restricted to urodele amphibians (newts and salamanders).

Chytrid-mediated amphibian declines in Australia (in line with the rest of the world) date back to the late 1970s, with Queensland’s gastric brooding frog (Rheobatrachus silus) being the first species to succumb to extinction. This species declined in the winter of 1979, and was last sighted in the wild in 1981. Prior to the identification of chytrid fungus in 1998, there was much debate on the cause of such dramatic amphibian declines around the globe, especially those that occurred in apparently pristine habitat. Australia was at the forefront of this debate, with observations of declines spreading northwards up the Queensland coast leading to early (and at that time unpopular) suggestions that a disease epidemic may be the cause of declines.

Australia was initially proactive in developing policy to combat chytrid fungus, listing it as a ‘key threatening process’ in 2002 and drawing up a Threat Abatement Plan in 2006. Recently, there have been calls for more to be done; a recent review of chytridiomycosis management and the adequacy of conservation efforts in Australia highlighted seven species at immediate risk of extinction and a further 22 species at moderate or lower risk. With Australia’s 238 species, that equates to > 10% of all Australian amphibian species facing extinction risk from chytrid. 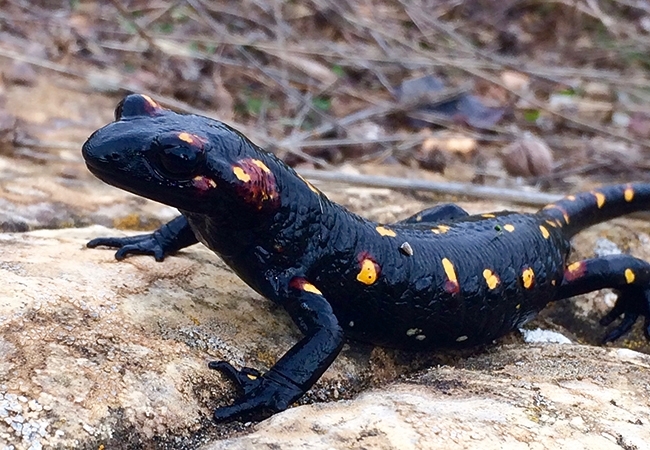 Of the seven species identified as at immediate risk of extinction, three of these - the Baw Baw frog (Philoria frosti), the southern corroboree (Pseudophryne corroboree) and northern corroboree frogs (Pseudophryne pengilleyi) are temperate, sub-alpine specialists from south-eastern Australia. Unlike the tropical Queensland frogs, which declined rapidly as chytrid spread, these populations declined over a period of decades. Both Baw Baws and southern corroborees experienced an initial dramatic decline in population, distribution and density in the late 1980s/early 1990s, followed by a more gradual decline since. This suggests a more complex interaction with the chytrid pathogen. So, what were the driving factors in population decline for these species? Have they changed over time and how may they interact?

All three species are relatively long-lived, slow to mature and predominantly terrestrial. They make use of both heath/bog and forest habitat, and lay their eggs in terrestrial nests within their breeding habitat, as opposed to a focal pond. These are not attributes that appear immediately conducive to the maintenance and spread of an aquatic pathogen, at least not at population densities existing in the wild today. Perhaps key to understanding their continuing decline is their co-occurrence with common eastern froglets (Crinia signifera), which is a non-susceptible species that may act as an environmental reservoir host of chytrid.

It is clear that chytrid-mediated amphibian declines are a complex problem, of which there is still much to be discovered. Understanding the disease dynamics for amphibian species which have experienced complex chytrid-mediated declines will be a substantial challenge, but one that will be essential for predicting and mitigating the impacts of chytrid on amphibian populations on a global scale.

The authors would like to thank Ben Scheele, Australian National University, for helpful discussions.

Newell, D. & others (2016). Frogs v fungus: time is running out to save seven unique species from disease.