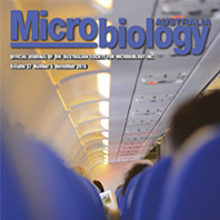 The most important determinant of developing foodborne disease is travel destination. The risk is proportional to regions where there is a high level of unsanitary water supply, lack of food hygiene, lack of food safety regulation, ﬂuctuating electricity supply and lack of education. In medium to high risk regions a travel kit, designed to pre- vent, minimise or treat the effects should be carried.

After a decade of comprehensive work gathering data to estimate the world burden of foodborne  disease the World Health Organization (WHO) has produced a report in which it has calculated that 600 million people develop foodborne disease after eating contaminated food each year. The report also determined which regions and countries had the highest incidence and which foodborne pathogens caused the majority of outbreaks1. This has great signiﬁcance on the varying degrees of danger of developing a foodborne disease when travelling in these regions because the most important determinant of risk is travel destination. Risk also depends on the season of travel2.

Diarrhoeal disease represents more than 50% of global foodborne disease1. Traveller’s diarrhoea (TD) is deﬁned as the passage of three or more loose or unformed bowel actions accompanied by at least one of nausea, vomiting, and abdominal cramps, and may be further complicated by fever or blood in stools2. Depending on the destination and season of travel, the chance of developing TD when travelling can range from 30% to 70%2.

According to the US Centers for Disease Control and Prevention (CDC) there are generally three grades of risk of developing TD2. The general division can be seen in Table 1.

The number of people travelling from developed to high risk regions such as Africa, the Americas and Asia increased by 60% from 2000 to 2007, and it is estimated this will continue to increase at a rate of 6% per year3. Currently over 100 million travellers from non-tropical regions will visit a developing country each year and 60% of travellers who visit tropical and subtropical regions will develop diarrhoea and health problems1,3.

The risk of developing foodborne illness when travelling is proportional to regions where there is a high level of unsanitary water supply, lack of food hygiene allowing cross contamination, lack of food safety regulation when producing and storing food, ﬂuctuating electricity supply for effective refrigeration, and lack of education and literacy1.

Table 2 shows the general percentages of microbial pathogens that account for TD2. The symptoms of TD are commonly nausea, vomiting and diarrhoea but depending on the infective agent may be more severe with fever and bloody diarrhoea. The most common bacteria associated with TD are Campylobacter jejuni, Salmonella spp., Shigella spp. and enterotoxigenic E. coli3. Other pathogenic E. coli are also common. The main intestinal virus causing TD is Norovirus. The main protozoal foodborne pathogen causing TD is Giardia2 from contaminated water used to prepare food. Other protozoa are less common. In regions where the tradition or normal practice is to eat raw or undercooked meat, poultry and eggs, drink raw milk and eat fresh produce grown using contaminated unsanitary water supplies, there is a high risk of developing the above diarrheal diseases. Infection with the tapeworm (Taenia solium) occurs from eating raw or undercooked pork. Some pathogens are much more common in low-income countries. These include typhoid fever and foodborne cholera. Several foodborne pathogens may cause more serious illness affecting sites outside the gastrointestinal tract including systemic, neurological, muscular, and long-term disease sequelae affecting the kidney, liver, brain, bone and skin. Travellers who are old and young, pregnant women and those with weakened immune system may be more susceptible to serious disease1. Some of these will be discussed further in information on speciﬁc regions, below.

TABLE 2. THE GENERAL PERCENTAGES OF MICROBIAL PATHOGENS THAT ACCOUNT FOR TRAVELLERS DIARRHOEA2.

The WHO African, South-East Asia and Eastern Mediterranean regions have the ﬁrst, second and third highest burden of foodborne disease in the world respectively which will have major consequences for risk when travelling. The majority of cases are TD, caused by typical bacterial and protozoal agents and Norovirus. Tapeworm is also prominent, however some interesting facts have emerged from the WHO foodborne disease burden statistics in these regions that also have signiﬁcance for travellers1.

Half the global population who die of hepatitis A infection or typhoid live in the WHO South-East Asia region so both diseases must also be considered when travelling there. Hepatitis A is also prevalent in the Eastern Mediterranean region due to faecal contamination of food. This region has more than half the global cases of brucellosis and travellers could be infected from eating raw or under-pasteurised dairy products from infected cows, sheep and goats with poor domestic health regimes1.

Unlike other regions diarrhoeal disease is not the dominant foodborne disease in the WHO Western Paciﬁc region. This area has a high incidence of liver cancer resulting from the ingestion of mouldy grain contaminated with aﬂatoxin. This region also has a high rate of foodborne disease due to ingestion of parasites. Most of the world’s population infected with Chinese liver ﬂuke is in this region1. As this parasite is contracted by eating raw or undercooked ﬁsh this should be avoided when travelling in this region.

In Central and South America, in addition to TD, toxoplasmosis and tapeworm are also important1. The risk of hepatitis A and foodborne amoebiasis, cysticerosis, brucellosis, infection with Mycobacterium bovis and listeriosis, which causes complication in pregnancy and serious systemic illness in susceptible people, have been associated with travel infections in Mexico4.

The WHO European region has the lowest burden of foodborne disease. In ﬁrst world countries non-typhoidal Salmonella is an issue, as it is in all regions. Campylobacter is also an important pathogen1. However, Norovirus is ﬁve times more common. One of the most frequent causes of this virus in ﬁrst world countries often relates to cruise ships. Between 2012 and 2016 there were 45 gastrointestinal outbreaks on cruise ships reported to the CDC of which 41 were attributed to Norovirus5. Because Norovirus symptoms include vomiting, often projectile vomiting, the close quarters of cruise ships favour the rapid spread of this virus via aerosols and poor food hygiene. However, the incidence of Norovirus transmission on cruise ships is diminishing since improved sanitation and food safety and hygiene regulations and strict quarantine of infected passengers has been implemented6.

Vaccination to hepatitis A, typhoid and cholera are available and should be considered when travelling to regions at risk of these diseases7. A travel kit, designed to prevent, minimise or treat the effects and symptoms of TD should be carried by travellers to medium and high risk regions. It should contain an alcohol based hand sanitiser. Often a probiotic or capsules of bovine colostrum, which can be bought over the counter, is used as a daily preventative, although studies have not proved their efﬁcacy2. Anti-motility agents, such as loperimide, help reduce the frequency of bowel movements and allow travel to continue. However, the CDC does not recommended using this treatment if the general foodborne disease symptoms of TD advance to fever and bloody diarrhoea2. It is important for a travel kit to include dehydrated sachets of oral rehydration salts for oral hydration therapy, to reduce lost ﬂuids and electrolytes. Oral rehydration is one of the most important treatments of TD. An antibiotic is often included in the kit, as prescribed by a medical practitioner, due to the frequency of TD’s being caused by bacteria, however, travellers may ﬁnd it very difﬁcult to distinguish between the symptoms of various foodborne disease, so inadvertent use of antibiotic therapy is not recommended. Carrying a treatment for parasites such as Giardia is also important2.

When travelling in high risk countries many factors, such as restaurant hygiene, are out of the traveller’s control. Although the ‘boil it, cook it, peel it, or forget it’ rule is still highly recommended in high and medium risk regions, the hygiene of kitchens and cross contamination in food preparation areas are often unseen by travellers unsuspectingly enjoying a meal in a local or traditional restaurant. Avoiding raw or undercooked meat, ﬁsh, poultry and dairy products, exercising care when selecting food to eat, and timely use of prophylactics and medications will decrease risk and give the traveller a better chance of enjoying a trip free of foodborne pathogen health issues.