Schoolzone: International travel and the spread of disease 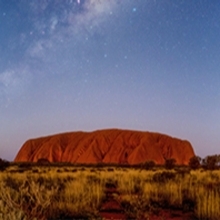 In recent history, diseases have spread across the globe and had drastic effects on human and animal populations’ health. Before colonisation and the arrival of European settlers to countries across the world, indigenous people were only exposed to certain diseases that were present in their own country. The arrival of settlers meant the introduction of new pathogens that the indigenous people did not have natural immunities to.

As soon as a new disease is introduced into a population that has no antibodies for it, the disease can run rampant through the human or animal population and be devastating to its numbers. There are several ways diseases can be transmitted, including through the air, via a bloodborne route and by direct contact. As people began to explore the new world, for example, diseases spread through many different transmission routes and infected those without any antibodies.

Today, due to international travel, a person can carry a disease from one side of the world to the other in approximately one day. This is particularly worrisome as this is shorter than a lot of incubation periods of many diseases. This means that someone can travel through several countries or continents without knowing they are infected, allowing diseases to spread rapidly.

Although in many countries the mortality rate of diseases has decreased due to advancements in vaccines, there is always the concern of re-emergence and the introduction of new diseases. To curb this, disease surveillance systems have to be implemented. Many of these systems are networks of local, regional and national health boards that report on diseases and feedback into a large network of World Health Organization (WHO) member countries.

Impact of disease spread to Australia

In Australia, colonisation had a devastating impact on the indigenous Aboriginal people who had lived there for thousands of years. The Aboriginal people were introduced to many European diseases from the early settlers, which had a huge negative impact on the population. These diseases included tuberculosis, measles and the common cold. A smallpox outbreak spread rapidly throughout the indigenous communities who did not have appropriate medicines to treat these diseases. Venereal diseases were also introduced that impacted fertility of some sections of the population and therefore reduced birth rate.

Another impact European settlers had on Australia when they arrived was the introduction of animals, including rabbits. After only a few years the rabbit numbers in areas of Australia had increased exponentially. By the 1920s there were over 10 billion rabbits across the country. This caused problems to the natural vegetation as rabbits would eat the seeds, meaning the plants could not regenerate. Australia’s native burrowing species were also threatened by the increased rabbit numbers because they were in competition for food and stealing their existing burrows.

In a bid to decrease rabbit numbers, conventional methods of eradication were used. This included poison and fumigation and ploughing of rabbit burrows. However, these methods were time-consuming and did not have a huge impact on population numbers due to the rate at which rabbits reproduce.

In the 1950s, as a means of biological control, the myxoma virus was introduced. This virus causes myxomatosis, a disease where infected rabbits develop mucus-filled lesions and die of haemorrhage within approximately 10 days. This method was initially extremely effective and the rabbit population was almost wiped out completely in some areas.

However, over time, the disease’s effectiveness was reduced as the rabbits began to develop a resistance to the virus. To combat this, a second biological control of rabbit calicivirus has been introduced to curb numbers. In a similar way to myxoma virus, rabbit calicivirus showed initial promise by eradicating large numbers of rabbits but once again the rabbits have developed immunity to the virus.

A RABBIT WITH MYXOMATOSIS. 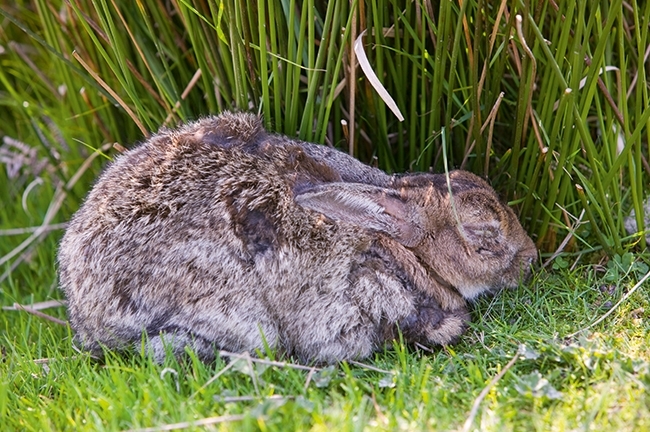 This simple activity will demonstrate how diseases spread through populations when there is no immunity compared to when some immunity is present or acquired.

WHAT YOU WILL NEED: