Schoolzone: Standing up for Science 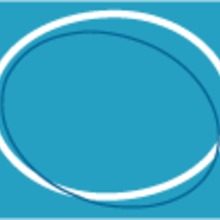 Organised by Sense about Science (www.senseaboutscience.org), a charity dedicated to helping the public better understand science and equipping them to inquire about research, the workshop was not intended as a training course on media relations but instead allowed participants to engage in a discussion about the process of how science is portrayed in the media.

This was accomplished by running several sessions that offered perspectives from each side of science reporting. In the first session, researchers gave examples of their experiences interacting with the media and offered advice on how to make sure your research is not misrepresented. This included being prepared when speaking with journalists and being sure you can explain how your research relates to the bigger picture so that audiences can relate to it. Professor Sergio Della Sala of the University of Edinburgh went so far as to say that if science was being misreported, it was often the fault of the scientist for not taking the necessary care in releasing the information!

This was followed by an enlightening session with journalists offering their perspective on why occasionally science reporting goes awry. They listed hectic days covering multiple stories, limited time frames and their loss of control over a story after giving it to their editors as the major reasons that errors are made. They made the argument that fewer mistakes would be made if more scientists were willing to take the time to converse with them over the facts in their articles.

The day was interspersed with group work sessions that allowed the participants to come together and reflect on their responsibilities as researchers when engaging with the public and media, and also explore reasons why we feel uncomfortable doing so. Common answers given were a lack of experience and a fear that no one would take our opinions seriously. These feelings were addressed in the final session of the day, which provided participants with options on how they could get involved with helping correct inaccuracies in science reporting and establish themselves as someone the public can trust for scientific facts. One piece of advice included starting small; we were encouraged to contact local media over their science articles. Another was establishing an online presence with science-related blogs and social media accounts. Finally, we learned more about the Voice of Young Science network, also run by Sense about Science. This programme helps early-career researchers connect and address issues important to them; it is easier and less intimidating to combat problems with a group of like-minded individuals than to think you have to face it on your own.

The day allowed participants to learn more about the process of science reporting, from preparing press releases with the University to how science stories are chosen and researched by journalists. It also provided an opportunity for participants to address their concerns over what may go wrong if and when their science becomes a topic of media attention and offered advice and encouragement on how to become more involved with science in the media. Hopefully, the 50 participants have been inspired to overcome their reluctance and act as champions of good science for the benefit of the general public.

SGM supports Standing up for Science workshops. Society members can apply for a priority place as well as assistance with travel and subsistence by contacting [email protected]