Synthia: playing God in a sandbox 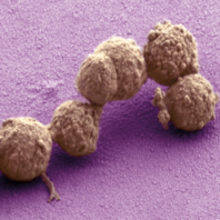 In 2010 researchers at the J. Craig Venter Institute (JCVI) added a recombinant Mycoplasma mycoides genome into Mycoplasma capricolum cells and grew them until they shed their original genomes. It took 15 years of hard and steady work to develop and refine the technologies required to ‘transplant’ their chemically synthesised genome.

This project relied heavily on large-scale purchasing of DNA from commercial vendors, followed by assembly and sequencing. The researchers bought 1,078 carefully designed and sequence-verified 1 kb DNA fragments that they assembled in 109 separate reactions into 10 kb fragments by passage through yeast cells and then Escherichia coli bacteria. The 10 kb fragments were sequence verified and then joined into 100 kb fragments by a second passage through yeast cells. These 11 huge pieces were carefully separated from the yeast and then reintroduced to assemble into a final 1,000 kb molecule. This was harvested from the yeast and introduced to competent, immune-compromised Mycoplasma capricolum. At this stage, the genome had been passaged through so many living cells that ‘chemically synthesised’ hardly seems applicable, especially in light of a transposon (a DNA sequence that can change its own position) hitchhiker picked up from E. coli. ‘Designer’ doesn’t seem right, either, because M. mycoides JCVI-syn1.0, (in showman’s terms, Mycoplasma laboratorium or even ‘Synthia’) was not so much designed as copied. The genome is almost entirely the same as the previously sequenced genome of M. mycoides subspecies capri GM12. The final, synthetic genome differed only by the intentional inclusion of four non-functional ‘watermarks’ and one selectable marker, as well as 29 unintentional variations: 27 DNA single base pair (bp) changes, one 85 bp duplication, and the aforementioned E. coli transposon. The laudable work was the assembly itself – but while Synthia has the biggest piece of DNA ever crafted by humans to run a cell, she doesn’t say anything new with it.

Synthia is synthetic biology showing off – flexing muscle without doing any lifting. A goat pathogen would not usually be considered a prime candidate for synthetic biology; JCVI picked Mycoplasma for their tiny genomes, and M. capricolum specifically for its relatively rapid growth rate. Then and today, the same final genome sequence could be achieved without assembly and far more rapidly using established technologies for mutating DNA and inserting new sequences into bacterial genomes. New in vivo technologies, such as those adapted from the recently famed CRISPR/Cas system make rebuilding a whole genome look as appealing as buying monochrome cathode ray tube monitors. Although synthetic biologists are now betting that industrial production will make the shift from chemical synthesis to biosynthesis, nobody is betting on complete genome synthesis; biosynthesising organisms are generally too large, too recalcitrant and too complex.

Nevertheless, there is another player in the synthetic genome game: an academic team peopled mainly by undergraduate students. In 2014, they reported the redesign and production of a fully functional chromosome from the baker’s yeast Saccharomyces cerevisiae. Their eventual goal is a completely ‘synthetic’ yeast genome, but they do not intend to create a mere copy. They began with the publically available sequence and altered, removed, and added many different features Their ‘Sc2.0’ genome will be 12 times as big as Synthia and will result in an organism that is arguably functionally very different from its forbear. The yeast project may have avoided some of the criticism garnered by Synthia because it was published second and will take another 5 to 10 years to fully assemble, but also because S. cerevisiae has classically been regarded as non-pathogenic. The project also exemplified the values of the nascent academic synthetic biology community through the establishment of an international consortium to do the work and address biosafety and ethical concerns: Sc2.0 members must pledge that their science will be done only in service to ‘peaceful purposes’ and that any potential harm will be minimised. Further, no intellectual property rights or restrictions on data and materials sharing are to be exercised on the clones used to generate novel strains, intermediary strains, or the final ‘synthetic’ strain. These self-imposed guidelines satisfy the scientific community but, just as with other emerging areas of science, the technology is often ahead of ethical, policy and regulatory frameworks. 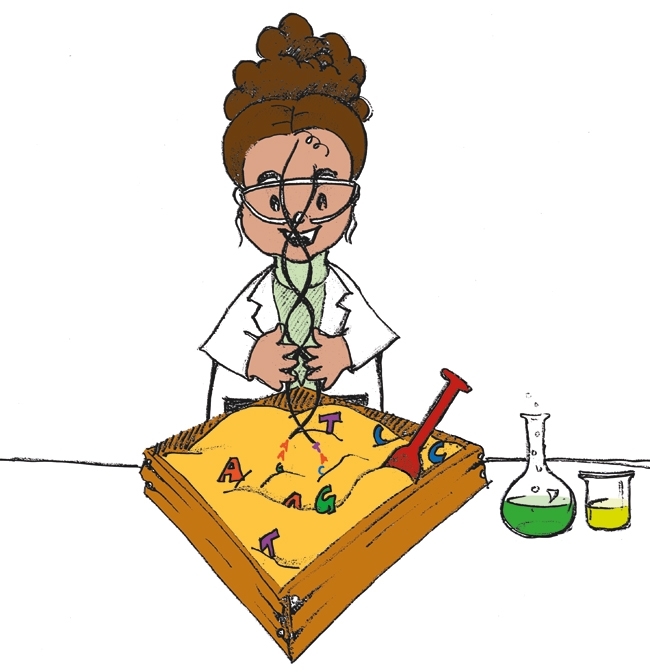 In response to the arrival of Synthia, the US Presidential Commission for the Study of Bioethical Issues published a report on synthetic biology. The Commission found that synthetic biology offers extraordinary promise to create new products for clean energy, pollution control and medicine; to revolutionise chemical production and manufacturing, and to create new economic opportunities. Despite the noise around Synthia, it found no reason to endorse additional regulations or a moratorium on work in this field at this time. They acknowledged our duty to attend carefully to potential risks, be responsible stewards, and consider thoughtfully the implications for humans, other species, nature and the environment. Such discussions may be the most productive thing to come from the announcement of Synthia.

In the last six years the synthetic biology community has blossomed: iGEM, an international student competition in synthetic biology, has grown from 37 teams in 2006 to 280 teams in 2015; investment in new synthetic biology companies has surpassed a half billion dollars and a number of companies are now focused on engineering specific microbes for specific purposes. Oxford (UK)-based Green Biologics uses Clostridium to produce biofuels and other industrial chemicals from sustainable feedstocks; Boston (USA)-based Ginkgo Bioworks design microbes that produce cultured ingredients such as fragrances, flavours and sweeteners while companies like Synthace and Zymergen are focused on improving the technologies for automating the selection of new strains with machine learning.

All of this activity has been supported by a precipitous fall in the price for chemically synthesised DNA, new technologies that improve the ease with which synthesised fragments can be assembled and the development of easy-to-program molecular tools for editing the sequences of existing genomes. But no one in synthetic biology is inventing new life; we are not yet that knowledgeable or skilled. We are not making synthetic life, we are not inventing new things that have never been seen before; we still lack the ability to be that creative. We are recombining, sifting through the environment for tools and pieces, and using chemical DNA synthesis to move them from the environment to the laboratory. More than synthetic genomes, we need an even better understanding of what else we haven’t observed yet. The accurate copying of a genome in the laboratory was an excellent demonstration that the technologies needed to support a DNA-dependent biosynthesis economy have come of age – but now the field is headed in a different direction.

New Directions. The ethics of synthetic biology and emerging technologies. A report by the Presidential Commission for the Study of Bioethical Issues (2010). http://microb.io/1L6zVKv. Last accessed 2 March 2016.

Image: Coloured scanning electron micrograph of 'synthetic' bacteria. Thomas Deerinck/Science Photo Library. The synthetic biology sandbox: sifting the environment for tools and pieces that will be useful in the laboratory. Sangeeta Nath..