A microbiological cause for trench foot? 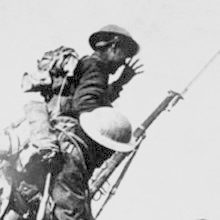 2014 is the centenary of the beginning of the Great War. This important anniversary provides a great opportunity to review one of the diseases that appeared in the trenches of this conflict, namely trench foot. This condition constituted a grave problem in the British army, especially in the winter periods. The total number of admissions during the war was estimated at about 75,000 with 41 documented deaths. It became the focus of an interesting debate amongst clinicians around aetiology.

Trench foot first came to the attention of the medical profession in France and Belgium in the winter of 1914. It was observed that the disease largely attacked the toes; but in many cases, the leg became swollen up to the knee. In severe cases, large blisters, filled with clear, ‘gangrene smelling’ fluid, were present.

CANADIAN TROOPS GOING 'OVER THE TOP' DURING TRAINING NEAR ST POL, FRANCE, IN OCTOBER 1916 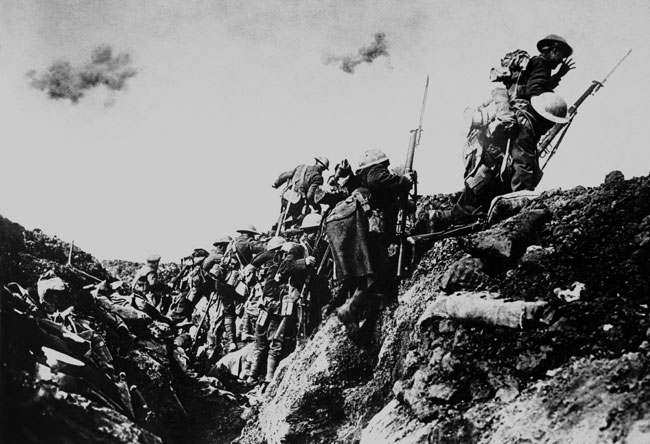 The military-medical authorities had to decide whether this was an existing condition, namely frostbite, or a novel disease, never before described. However, there seems to have been little controversy on the matter. By the middle of 1915, the majority of doctors seemed to have taken the view that the disability, by now termed ‘trench foot’, was dissimilar from classical frostbite, as it occurred under non-freezing conditions. Although trench foot was accepted as a new disease during World War I, subsequent historical research has discovered that this condition has occurred in many military campaigns throughout history, including Napoleon’s 1812 campaign in Russia, the Crimean War of 1853–56, the American Civil War of 1861–65 and the Balkan Wars of 1912.

Search for a cause

Before reaching the trenches, troops often had to march several miles along wet and muddy roads. When they eventually arrived, they had to wade through semi-liquid mud and water, often at a temperature only a few degrees above freezing point, and remain motionless at their posts for many hours. Gradually, the consensus emerged that trench foot stemmed from a compromise to the circulation of the lower limb, with factors such as cold, wet, pressure, immobility, poor nutrition and lack of exercise being contributing factors (the ‘environmental/circulatory’ theory). In addition, the disease could also be exacerbated by the soldiers’ trench equipment, with the standard issue boot being blamed, for example. 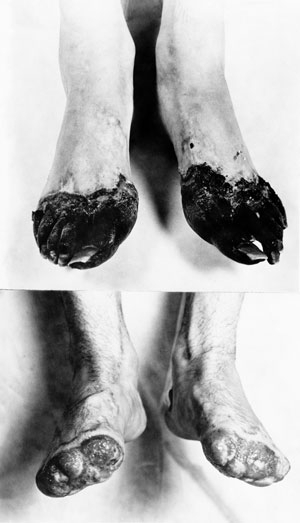 The ‘environmental/circulatory’ causation for trench foot strongly conformed to accepted ideas about lower limb physiology and temperature regulation. Because of this, infective theories did not gain many supporters. However, two French officers, Médicin Majors Victor Raymond and Jacques Parisot, were involved in circulating a memorandum to the Allied Forces in 1916, asserting that trench foot was caused by the fungus Scopulariopsis koningii. Jacques Parisot was later to serve as Professor of Hygiene and Social Medicine at the University of Nancy and also president of the Health Committee of the League of Nations from 1937 to 1940. Raymond and Parisot claimed to have isolated this microbe, first described by Oudemans and named by Vuillemin in 1911, from smears taken from the liquid of blisters on trench feet; it was also found in trench mud. According to them, a culture of this organism, when inoculated into animals, produced all the symptoms and signs of the condition. Furthermore, autopsies of some fatal cases of trench foot had shown the presence of mycotic germs in their livers, spleens, lungs and kidneys. In their opinion, therefore, the disease was fungoid in nature, similar to Madura foot (Mycetoma); the microbe gained entry to the feet at the grooves on the side of the nails or through scratches on the skin. Raymond and Parisot hypothesized that the micro-organism became pathogenic when immersed in cold water, and readily invaded the body through the macerated epidermis; cold, therefore, was of secondary, rather than primary, aetiological importance. However, Sir William Leishman, Pathological Advisor to the British Expeditionary Force (BEF), expressed the view that the French conclusions were doubtful; their findings had not been confirmed by other investigators. Subsequently, the British were proven correct in their scepticism: at a meeting of the Inter-Allied Congress of Hygiene in Paris in November 1919, Dr Émile Roux, Director of the Pasteur Institute, proclaimed that the conclusions of Raymond and Parisot had been soundly discredited.

There were four major investigations into the aetiology of trench foot. Working in Edinburgh, Professors J. L. Smith and J. Ritchie and Dr J. Dawson reproduced animal models of trench foot and provided evidence that trench foot was caused by cold and its direct effect on the blood vessels of the foot and not bacterial invasion. Research done by Professor Sheridan Delépine and Dr N. C. Lake in England, and the Americans Majors J. E. Sweet, G. W. Norris and Lieutenant H. B. Wilmer, working at a general hospital in France, supported an alternative explanation that the essential pathological mechanism was a vasomotor reaction. However, although they gave different explanations, all these studies supported the ‘environmental/circulatory’ theory trench foot was a physiological condition, predisposed to by cold, wet and pressure – conditions prevalent in the trenches. However, it was eventually acknowledged that there could be secondary infection in trench foot resulting from the lowered resistance of the tissues which could ultimately lead to gangrene. 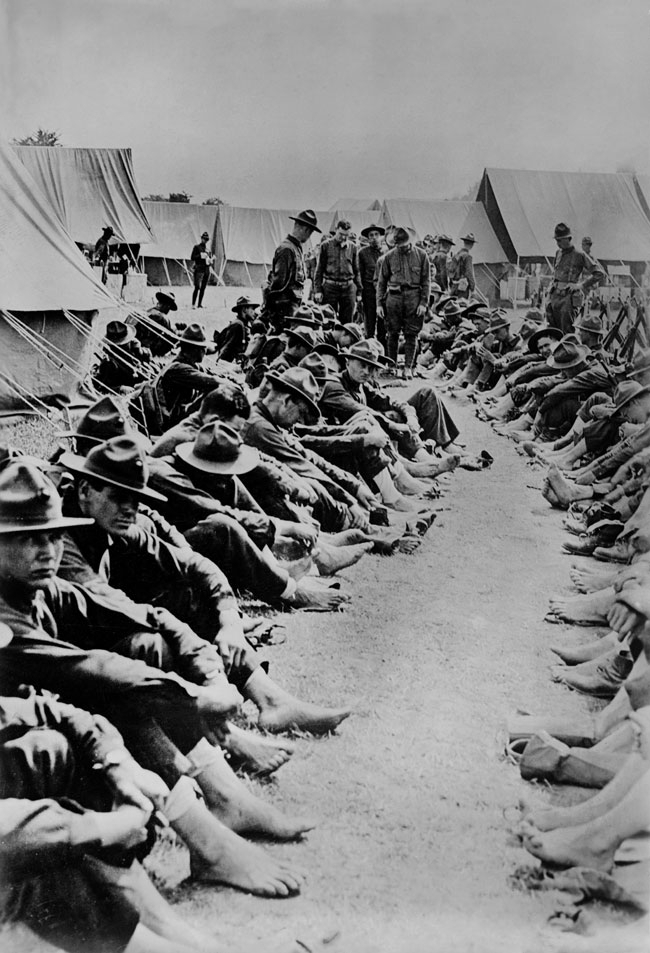 Therapy for trench foot involved a number of conventional, tried-and-tested methods, including deep cleansing, the application of ointments, fomentations, exercise, massage, galvanic baths, and electrotherapeutics. This approach was based on the general belief that the condition was caused by circulatory changes and not by an infectious agent, which meant that treatment was largely localized to the lower limbs, physical, symptomatic and not aimed at killing microbes.

Trench foot first appeared in the winter of 1914 and became a serious threat to men in the trenches. The opinion emerged that trench foot was caused by circulatory changes in the foot due to cold, wet and pressure and not due to a microbial cause. Predisposing factors included dietary inadequacy and fatigue. All these features were very much associated with trench warfare.