JMM Editor's Choice: Emerging resistance to Fosfomycin in the UK

Posted on February 6, 2019   by Microbiology Society

The Journal of Medical Microbiology (JMM) is a journal published by the Microbiology Society, focused on providing a comprehensive coverage of medical, dental and veterinary microbiology and infectious diseases, including bacteriology, virology, mycology and parasitology. This month, Kalai Mathee, Co-Editor-in-Chief of JMM, has selected an outstanding paper from the February issue to highlight as Editor’s Choice. The paper, titled ‘Experiences in Fosfomycin susceptibility testing and resistance mechanism determination in Escherichia coli from urinary tract infections in the UK’, discusses the prevalence of resistance to the broad-spectrum antimicrobial Fosfomycin in the UK. 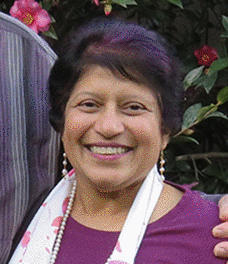 Antimicrobial resistance (AMR) is a global concern as we soon will run out of antibiotics to treat uncomplicated infections. According to experts, in 2050, the leading cause of deaths will be attributed to AMR-associated infections with an economic cost of up to a 100-trillion US dollars. There is a real concern that we will return to the pre-antibiotic era. Overuse and abuse of antibiotics have often been cited as the primary cause of the rise in AMR.

This paper highlights the incidence of resistance in a country with a limited use of the broad-spectrum antibiotic Fosfomycin. This drug had not been approved for clinical purposes by the UK during the study period. The authors screened 1000 Escherichia coli isolates collected in 2014 from patients suffering from urinary tract infections, and whole-genome sequenced nine of the resistant isolates collected. The authors highlight the limitations of the tools currently available for screening for resistance, and the presence of mutations in genes that confer resistance.

Seven of the nine isolates had variation in genes that have been attributed to Fosfomycin resistance, and two did not. Unfortunately, we do not have any patient information to determine if they ever used Fosfomycin and what other antibiotics were they on. The latter could give to cross-resistance to unrelated antibiotics as previously been demonstrated. Perhaps there is a need to change the one antibiotic-one target paradigm. Use of tools such as Fast photochemical oxidation of proteins can be adapted to bacteria to determine previously unknown targets of commonly used antibiotics.

The findings in this article open the door to future work — demonstrating a direct link to the mutations and resistance, what other antibiotics contribute cross-resistance to fosfomycin, and mapping novel genes that can confer Fosfomycin resistance.

Bacteria are increasingly resistant to antibiotics complicating treatment of usually simple infections. One solution is to reintroduce old drugs where resistance rates are low. One example is fosfomycin; being used to treat recurrent urinary tract infections. We established the current rate of resistance to this drug amongst E. coli by testing 1000 infected urine samples. We used four methods to detect resistance which gave different results; predicting between 10% and 1% of isolates being resistant. We investigated and found the 1% rate is correct, therefore fosfomycin is effective almost all strains but how resistance is tested could give misleading results.