The Journal of Medical Microbiology (JMM) is a journal published by the Microbiology Society, focused on providing comprehensive coverage of medical, dental and veterinary microbiology and infectious diseases, including bacteriology, virology, mycology and parasitology. This month, Dr Kim Hardie discusses the paper ‘Mutations in the two component regulator systems PmrAB and PhoPQ give rise to increased colistin resistance in Citrobacter and Enterobacter spp.’ which was selected as Editor’s Choice from the April issue of JMM. 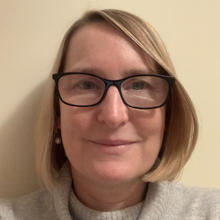 "Colistin is an antibiotic of last resort, and thus it is crucial that we understand the mechanisms of resistance against it that are emerging. This study uses whole genome sequencing to identify two different proteins that, when mutated, result in colistin resistance with no effect on their growth or virulence in an infection model. There is more to do as the authors could not identify a common mechanism of resistance, and there were strain-to-strain variations in phenotypes. This is an important step forward as it identifies an antimicrobial resistance mechanism to interrogate in other bacterial species while we await the discovery of new antimicrobial strategies that can protect us against bacterial infections."

Mutations in the two component regulator systems PmrAB and PhoPQ give rise to increased colistin resistance in Citrobacter and Enterobacter spp.

Colistin is a last resort antibiotic for treating infections caused by carbapenem-resistant isolates. Mechanisms of resistance to colistin have been widely described in Klebsiella pneumoniae and Escherichia coli but have yet to be characterised in Citrobacter and Enterobacter species.

We were able to generate colistin resistance in several but not all strains. Genetic analysis revealed that this increased resistance was attributed to mutations in the proteins PmrB for Citrobacter and PhoPQ in Enterobacter, although we were not able to identify causative mutations in all strains. Colistin-resistant mutants showed little difference in growth rate and virulence, although there were strain-to-strain differences.