Posted on September 22, 2021   by Microbiology Society

Each month, a manuscript published in our flagship journal Microbiology is chosen by a member of the Editorial Board. This month, the paper is titled ‘Phase-variable bacteria simultaneously express multiple capsules’ and was chosen by Professor Gail Preston. 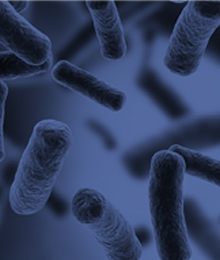 Capsular polysaccharides (CPS) play an important role in protecting bacteria from environmental stress and variation in the type of CPS produced, can help bacteria to adapt to different environments. One aspect of CPS production that is still poorly understood is whether bacteria produce multiple types of CPS simultaneously. The gut bacterium Bacteroides thetaiotaomicron (B. theta) is capable of producing eight distinct types of CPS and is a model organism for studying CPS production. In this article, Hsieh and collaborators show that CPS-specific antibodies can be used to detect and discriminate between different CPS produced by B. theta and develop a flow cytometry assay to identify the type(s) of CPS produced at a single cell level. They provide direct evidence that individual cells can produce multiple CPS and pave the way for in-depth analysis of the role and regulation of CPS production in host colonisation and stress tolerance.

Many bacteria express outer capsules to protect themselves from host and environmental factors. These capsules are composed of polysaccharides, which have numerous possible chemical permutations. This astronomical diversity is further multiplied by the ability of bacteria to switch between different capsules, enabling them to express the most advantageous capsule in different environments and thrive amid changing environmental conditions. Here, we generated novel tools to demonstrate that individual bacteria can also express multiple capsules at the same time. These findings exponentially expand the potential diversity of capsule coating and may lead to the discovery of novel roles for capsules.

We spoke with author Samantha A. Hsieh to find out more:

What is your institution and how long have you been there?

I am at Washington University School of Medicine, which is in St. Louis, Missouri, USA. I have completed different stages of my training here for the past 12 years.

What is your research area?

What inspired you to research this topic?

When I was working on another project to study the interplay between capsular polysaccharides and the immune system, I was amazed at the diversity of bacterial capsules. I began wondering if a single bacteria could express more than one capsule at a time, which led to this project.

What is the most rewarding part of your research?

The most rewarding part of my research is collaborating with people from different disciplines and learning from each other’s expertise. I am very grateful to have worked with many brilliant scientists over the years who have taught me a lot!

What would you be doing if you weren't a scientist?

I enjoy teaching, so I would be a science teacher.

Our Members Publishing and Journals