Science and the Assembly 2019

This year, the National Assembly for Wales in Cardiff hosted the 15th Science and the Assembly event (SATA19). The annual event, organised by the Royal Society of Chemistry maintains and enhances the relationships between policymakers and scientists by bringing together the Welsh science and engineering community, the Welsh government and a broad range of both professional bodies and learned societies. Microbiology Society Champion Eleanor Furness joined the Policy Team at the event. 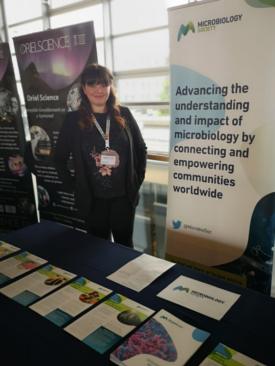 This year’s theme was Education and Skills and suitably the day had a buzz of youthful enthusiasm with much talk of the future. With a dedicated session for 11–14-year-olds, inspiring presentations from the speakers and an interactive exhibition, the event was a great success.

We started the day in the Senedd where delegates visited the various exhibition stands. On the Microbiology Society stand we spoke with delegates about the importance of microbiology on policy and in particular the Society’s ‘A Sustainable Future’ project, which highlights the key role of microbiology in accomplishing the United Nations' Sustainable Development Goals.

After the exhibition session, the dedicated session for children began — the inaugural Welsh Government Future Generation Lecture ‘From Blackholes to Brains — inspiring the future scientists of Wales’. The children heard about a variety of topics, from Mars missions and robots to brains and MRI scanning.

Delegates then walked across to the Pierhead for the main event, starting with a keynote address from Professor Peter Halligan, Chief Scientific Advisor for Wales. Professor Halligan spoke about the next generation of scientists and how the need for an increase in development researchers was essential. He discussed how STEM enrichment and harnessing and promoting curiosity can engage, empower and improve uptake in future researchers. He also spoke about the potential EU exit and how to protect research and innovation. 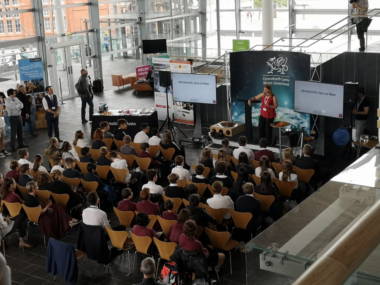 The first of two panel sessions then began, starting with Curriculum Reform. The education system for Wales in currently undergoing huge change, with a brand-new curriculum for all learners aged from 3 to 16 due to begin in 2022. Speakers in this panel session discussed the development of the new curriculum and how to prepare for it, as well as their hopes for the reform. Professor Tom Crick, MBE spoke of developing scientifically and technologically literate future citizens and the need for interdisciplinarity. Sue Quirk gave a practitioner’s perspective, highlighting how beneficial the STEM learning approach is, especially for different types of leaners who learn better with active, practical approaches. The panel then took questions from the audience. 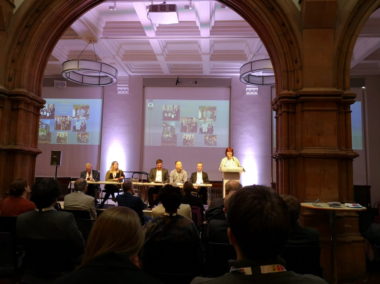 Panel session two, Higher Education Research Funding followed. Professor Graeme Reid, author of the Reid Review, started the session by discussing the continually growing importance of research and innovation in governmental policy. Russell George (Welsh Conservative Assembly Member) spoke of the high quality of Welsh research and about the education reform. Lastly Dr Conor Snowdon, from the British Council, discussed the value of internationalism to higher education and specifically how the collaborative nature of science is good for international relations. Another Q&A session followed, before we headed back over to the Senedd for the evening reception, exhibition and closing speeches from the Assembly Members.

The event was a great success — SATA19 brought together governmental policymakers, learned societies, professional bodies and a diverse range of scientists from physicists to geologists to microbiologists. The speakers and delegates talked together of the future, of the growing need for interdisciplinarity, of our young people and of the wonder of curiosity.