Working with government during a public health crisis

During the COVID-19 pandemic, politicians are looking to experts from the scientific community to inform the government’s response to control the spread of the virus. Microbiologists have contributed to the management of many public health emergencies and we are reflecting on how members of our community have used their expertise to help manage these events. In this blog, past President of the Microbiology Society Professor Sir T. Hugh Pennington discusses his experience as Chairman of a number of Public Enquiries into outbreaks of Escherichia coli O157 in the UK. 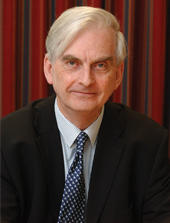 I set up the Scottish reference labs for E. coli O157 and Campylobacter in Aberdeen in 1992. In late November of 1996, I got a phone call from a senior medical officer in the Scottish Office (this was before parliamentary devolution, but the NHS in Scotland has always been run from Edinburgh). Would I chair a group to report on the E. coli O157 outbreak that was in progress in central Scotland? The call came six days after an outbreak had been confirmed microbiologically; five people had died already. The outbreak was going to be big. I agreed.

Later that day the establishment of my group was announced by the Secretary of State for Scotland in Parliament. My investigation was to be, in essence, a ‘lessons learned’ inquiry. An outbreak control team, the Scottish Office Departments of Health and Agriculture and the police (using the HOLMES computer system set up after the Yorkshire Ripper case) were already hard at work.

I took the train to Edinburgh the next day to meet the Secretary of State. To my surprise, I was met at the barrier by two civil servants, ostensibly to shield me from the press. I already had extensive media experience and the BBC was in my department in Aberdeen filming a programme on the transmission of E. coli O157 from lambs on the day my inquiry was announced.

My group comprised a Consultant Epidemiologist, a Director of Public Health, a Senior Environmental Health Officer, a Consumer Council Director, and the Scottish Office Head of Public Health Policy and Chief Food and Dairy Officer. We met in private. I met the Secretary of State from time to time. We were instructed to prepare an interim report within one month. We did; it went to the House of Commons on 15 January after being submitted to the Secretary of State on 31 December. Our final report followed the same route in April 1997.

What lessons can be learned from these events? We were lucky: The Secretary of State relied entirely on our advice. The horrors of the outbreak and public pressure demanded rapid action. The remedy was easy to find; butchers rapidly implemented the hazard analysis and critical control point (HACCP) – a food safety system developed by NASA, the US Army and the Pillsbury Company to prevent astronauts getting food poisoning – which was aided by the introduction of a licensing scheme. The biggest battle was not with butchers, the best of whom were already implementing HACCP and the system was already being rolled out in the UK following a European Directive.

Our main problem was with civil servants from London ministries. They seemed a bit unhappy about our approach and seemed wedded to a more deliberative and Augustinian approach – "Give me chastity and continency, but not yet". A big decision we had to take was whether or not to have them attending our meetings. We followed the Johnson policy (not Boris, Lyndon) of having them in, pissing out, rather than the opposite. In this case, different regulations were promulgated north and south of the Scottish border, with compromises needing settlement by a Cabinet sub-committee.

At other times and regarding different issues, I have met other government ministers. Some were very much on top of their briefs, others less so. But it is the civil service who runs the show most of the time. Briefings to ministers emphasise ‘the line to take’. Once I lobbied a minister about a laboratory issue with colleagues. We considered that meeting him alone would be good but  that the cause would be lost if the Permanent Secretary appeared. He did. We lost.