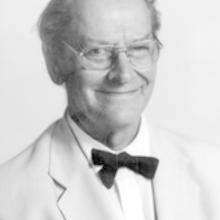 This may include university teaching or education of the general public, school students or professional groups and is without restriction on the area of microbiology in which the award is made.

Established in 2001 and named in honour of Professor Norman Peter Leete Wildy (1920–1987) who was president of the Microbiology Society (1978 – 1981) and a founding editor of the Journal of General Virology  (established in 1967) the Peter Wildy Prize Lecture has recognized the work of 18 microbiologists who have championed outreach activities and enhanced the knowledge of microbiology as a subject.

The recipient of the Peter Wildy Prize Lecture will receive £1,000 and be expected to give a lecture based on their research at the Microbiology Society's Annual Conference. They will also be strongly encouraged to publish the lecture in one of the Society’s journals, whichever is the most suitable. This decision will be at the discretion of the Editors of the journals.

Nominations for the 2023 Peter Wildy Prize are closed.

The following playlist includes some of the lectures from our previous Peter Wildy Prize winners.

We welcome nominations of individuals who have made an outstanding contribution to microbiology education and/or communication.

Nominators are welcome to submit supporting evidence, for example photographs of events, but should note that the information on the form will be the primary method of considering nominations.