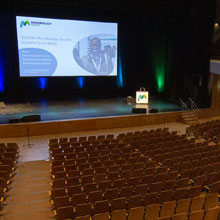 The recipient of the Translational Microbiology Prize Lecture (formerly the Unilever Colworth Prize Lecture) will receive £1,000 and be expected to give a lecture based on the work for which the award has been made to a meeting of the Society. The recipient will be strongly encouraged to publish the lecture in one of the Society's journals, whichever is the most suitable. This decision will be at the discretion of the Editors of the journals.

Nominations for the Translational Microbiology Prize Lecture are now open.

Nominations for the 2023 Prize are now closed.

We welcome nominations of individuals who have demonstrated an outstanding contribution to translational microbiology.

The Prize recognises those who have made a significant contribution to translational microbiology.