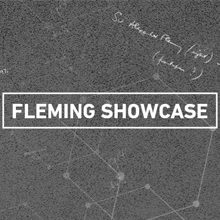 In celebration of the Microbiology Society’s 75th anniversary, 'Why Microbiologists Matter: a digital celebration of the journeys of our members’ will include a Fleming Showcase between Monday 23 afternoon and all day Tuesday 24 November 2020. We will be welcoming a range of guest speakers whose profiles we will share in the lead up to the event. This week we learn more about Professor Luke Alphey who is based at The Pirbright Institute.

The Fleming Prize, named after founding member and the first President of the Society, Sir Alexander Fleming FRS, is awarded each year to an early career researcher who has achieved an outstanding research record within 12 years of being awarded their PhD.

The Fleming Showcase will be a celebration of outstanding science in recognition of the legacy of past Fleming Prize winners and it will demonstrate the impact of both established and up-and-coming scientists in addressing important challenges. The showcase is organised by a Committee of Fleming Prize Winners, Chaired by Sir Paul Nurse FRS.

Professor Luke Alphey is a world-leading expert on controlling pests and insects using genetic modification to help prevent them from spreading harmful diseases such as dengue fever and the Zika virus.

Currently Group Leader at The Pirbright Institute, he is well known from his previous role as Co-Founder and Research Director of Oxitec Ltd, which in 2006 conducted the world’s first outdoor experiments with a genetically modified insect in the USA. By 2010 Oxitec demonstrated that a wild mosquito population could be suppressed by using insects with a self-limiting gene, which is passed on to offspring that do not survive into adulthood, resulting in a reduction in the pest insect population.

Adopting an environmentally friendly approach, Luke uses sustainable methods such as the Sterile Insect Technique (SIT) to send overwhelming numbers of sterile insects such as mosquitoes out into the wild to compete with males, hence reducing the next generation’s population and helping to neutralizing harmful diseases and their transmission.

“If we could bring forward new, more environmentally friendly and more effective methods of mosquito control for the benefit of controlling not only Zika but chikungunya, dengue and other diseases, that would be some sort of silver lining in the very large problem that is Zika.”

In 2008 he was recognised as Technology Pioneer by the World Economic Forum. He has also won a variety of awards celebrating innovation, including BBSRC Innovator of the Year 2014 and was a finalist for the European Inventor Award 2015.

He is currently Group Leader of Arthropod Genetics at The Pirbright Institute, UK where he continues his research into genetic pest management and publishes his research on modelling mutation and using gene drives to control disease.

On being invited to speak at the Fleming Showcase event Professor Alphey said:

“It’s a real honour to be invited to present our work in such a forum. Coming from a more insect-genetics background, I moved to Pirbright, a virology institute, in order to collaborate with virologists to understand and control mosquito-borne viral diseases. Microbiology is a crucial discipline for understanding such pathogens – perhaps I will be able to persuade some of the early career microbiologists that mosquitoes are also interesting!”

Find out more about the Fleming Showcase event and register your place on our website.