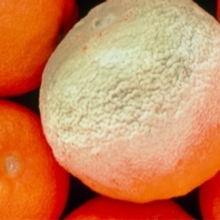 How can storing food affect the rate of mould growth?

It is commonly known that moulds thrive in conditions that are moist with low light levels. So it would perhaps be expected that food kept in darkness would have faster mould growth than if kept in bright sunlight. But what about areas that are out of direct sunlight but are not dark? How about a cupboard where the door is open for an hour or so each day? What about opaque plastic containers that let some light in? And what if these areas of varying light intensity were kept at constant temperature and moisture levels?

To investigate this, students can take different foods that readily grow mould (bread and fruit are best) and store them at different light levels. Ideally, other parameters should be the same, so a selection of boxes that aren’t airtight, with different levels of transparency would be ideal.

The foods need to be checked every few days. Measurement of the mould can be done in various ways. In the early stages, the number of colonies could be counted and used for comparison. A grid placed over a loaf of bread can be used to calculate the percentage cover of the mould. This data can be used to teach and demonstrate simple statistical tests, such as the t-test.

What moulds grow on foods in different environments? The most common moulds to be found on foods are Rhizopus stolonifer, a black mould, and Penicillium mould, which can be green, grey or white. If you change the amount of light available, is there a difference in the type or composition of moulds that grow?

The students should also consider whether there are differences in mould growth between the types of food, and if there is, why the type of food might influence any effect light has on their growth.

The results from this experimental set up could be used alongside a comparison of storing the food in different places within the laboratory/classroom; cupboards, windowsills, areas not in direct sunlight. Moulds don’t use light as a food source. So why would light affect their growth? Students should think about indirect ways in which light could affect mould growth, such as how light affects temperature, or the amount of moisture in the air.

The effects of different coloured lights on algal oxygen production

Algae are a diverse group, ranging from single-celled organisms, such as diatoms, up to macro organisms, such as seaweeds. They are photosynthetic, and therefore require sunlight to survive and grow, but not all are green. This investigation compares how different coloured light affects the activity of different coloured algae. Activity is measured via the oxygen production of the algae. This can be monitored via a dissolved oxygen measuring kit.

Two incubators are set up, one with green lights, one with red. Each incubator is given one green and one red algae, grown separately in liquid culture. All other environmental conditions, such as temperature, should be the same. Good examples of easily grown algae include Audionella or Porphyridium (red algae) and Chlorella or Mougeotia (green algae). These are available from the Culture Collection of Algae and Protozoa (www.ccap.ac.uk).

The algae are left to grow under their new conditions for a few days. When the students are ready to run the experiment, the dissolved oxygen can be measured in each sample, which is representative of how much photosynthetic activity is happening in the sample. When the dissolved oxygen is measured and compared, what patterns are seen? Does the green algae growing under the green light photosynthesise more, and therefore produce more oxygen, than when it is grown under the red light? Does the red algae copy this pattern? Or does the colour of the light make no difference to the activity of the algae?

If a difference is seen (which it should be!), why would the colour of the algae affect how light colour influences the activity of the algae? Students should think about the pigments within the algae, what wavelengths of light will be absorbed and reflected by the different coloured algae and how this would affect what light energy is utilised.

For more activities on algae, school members can request a free copy of Algae: A practical resource for secondary schools.

Most people know about phototropism from observing plants growing in the direction of a window. But phototropism, the growth of an organism towards a light stimulus, is also exhibited in some fungi. The genus Pilobolus, which commonly grows on animal dung, uses phototropism to angle its stalk towards the early morning sun, so that when the sporangia are released they are more likely to be propelled away from the dung and onto vegetation that will be eaten by a new host.

This beautiful and fascinating fungus can be grown in the lab on agar mixed with rabbit dung (you don’t have to make these yourself, they can be purchased!). Students can investigate the phototropism by growing the Pilobolus on open plates under an aluminium foil tent with pin-holes cut at various heights/orientation under a bright light source. The pattern of the black sporangia on the underside of the soil after approximately 10 days can then be compared with the pin-holes. For a more accurate experiment, concentric circles can be drawn at different distances from the pin-hole and the accuracy of the fungus assessed, depending on the proportion of the sporangia that are in the closest circles to the light source.