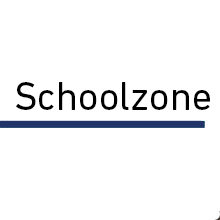 Various processes are responsible for recycling the chemicals necessary for life on Earth. The nitrogen cycle is the most complex of these. Carbon, sulfur and phosphorus are the other main cycles. In this article we explore how nitrogen is cycled and the important role of microbes in this cycle.

Nitrogen is required by all living organisms for the synthesis of organic molecules such as amino acids, nucleic acids and proteins. The Earth’s atmosphere contains almost 80% nitrogen gas. It cannot be used in this form by most living organisms until it has been fixed, that is reduced (combined with hydrogen), to ammonia. Green plants, the main producers of organic matter, use this supply of fixed nitrogen to make proteins that enter and pass through the food chain. Micro-organisms (the decomposers) break down the proteins in excretions and dead organisms, releasing ammonium ions. These two processes form part of the nitrogen cycle.

The nitrogen cycle is the movement of nitrogen between the earth and the atmosphere. It consists of a series of processes that convert nitrogen gas to organic substances and these back to nitrogen in nature. It is a continuous cycle maintained by the decomposers and other bacteria. The nitrogen cycle can be broken down into four types of reaction and micro-organisms play roles in all of these (see Table 1).

Nitrogen gas is composed of two atoms of nitrogen linked by a very strong triple bond. This makes it chemically unreactive and large amounts of energy are required to break the bond. Nitrogen gas can be fixed in three ways.

The reduction of nitrogen gas to ammonia is energy-intensive. It requires 16 molecules of ATP and a complex set of enzymes to break the bonds so that the nitrogen can combine with hydrogen. Its reduction can be written as:

Table 1. Reactions of the nitrogen cycle.

Within a week of infection, small nodules are visible to the naked eye. Each root nodule is packed with thousands of living Rhizobium bacteria (known as bacteroids).

Root-nodulated non-legumes, a diverse group of woody species such as alder, with e.g. Frankia. These filamentous bacteria infect the roots of plants forming actinorhizal root nodules.

Azolla (tiny free-floating water ferns) with e.g. Anabaena azollae. This is a cyanobacterium that infects new leaves of Azollas as they develop from the stem. Strings of Anabaena get caught in tiny leaf hairs that grow from a dimple on the developing leaf. The dimple grows larger into a pouch-like structure that eventually closes up, locking the Anabaena inside the leaf.

Adapting to their environment

Nitrogen-fixing bacteria contain an enzyme complex called nitrogenase which catalyses the conversion of nitrogen gas to ammonia. It supplies hydrogen ions as well as energy from ATP. The nitrogenase complex is sensitive to oxygen, becoming inactivated when exposed to it. This is not a problem with the free-living anaerobic bacteria such as Clostridium. Free-living aerobic bacteria have a variety of different mechanisms for protecting the nitrogenase complex, including high rates of metabolism and physical barriers. Azotobacter overcome this problem by having the highest rate of respiration of  any organism, thus maintaining  a low level of oxygen in their cells.

Rhizobium contains leghaemoglobin. This functions similarly to haemoglobin, i.e. it binds to oxygen. This provides sufficient oxygen for the metabolic functions of the bacteroids, but prevents the accumulation of free oxygen that would destroy the activity of nitrogenase.

Frankia and Anabaena are able to exclude oxygen by carrying out the fixation in specialized structures known, respectively, as a vesicle and a heterocyst. The thick walls of the vesicle and heterocyst form an oxygen diffusion barrier.

Nitrification is a two-step process.

Nitrification occurs in well-drained and aerated soils at neutral pH.

This is the conversion of nitrates into primarily nitrogen gas, but also nitrous oxide gas by the denitrifying bacteria, e.g. Pseudomonas. Denitrifying bacteria transform nitrate in extremely wet soils and swampy grounds where there is very little oxygen, i.e. the conditions are anaerobic. The bacteria get the oxygen they need for respiration from the breakdown of nitrates. The gases that are formed escape into the atmosphere completing the nitrogen cycle. This can be a harmful process as fixed nitrogen is removed from the soil making it less fertile.

This is the conversion of  organic forms of nitrogen (e.g. in dead organisms and their excretions) into inorganic nitrogen. A wide range of soil fungi and bacteria, called the decomposers, carry out the ammonification process. The decomposers consume the organic matter, and the nitrogen contained in the dead organism is converted to ammonium ions. The ammonium is then converted to nitrates by the nitrifying bacteria.

To show the role of microbes in the nitrogen cycle, how microbes can be grown from root nodules and an example of symbiosis. 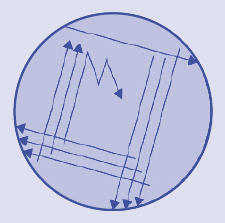 Reflame the loop. Tape the lid on the plate, invert it and incubate for 3–4 days. Dispose of contaminated materials appropriately.

Examine the MYEA plate without removing the lid, noting the appearance of any colonies growing on the agar.

Dariel Burdass is Head of Communications