Microbes: Martian miners of the future?

In the world of ‘Emerging Tech’, asteroid mining is an idea that won’t go away. As we whittle away our resources here on Earth, many companies are looking to the orbiting lumps of rock in our Solar System as the next source of valuable metals and minerals. This isn’t as far-fetched as it might seem; for example, NASA is planning a mission to bring back a piece of asteroid and have it orbit the moon in the near future. 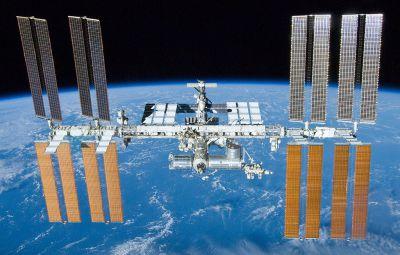 Rather than sending a Bruce Willis-esque miner into space to do the extracting, most of these future-gazers are envisioning robots, satellites and lasers to do the work. But might there be another way?

Yesterday at the Microbiology Society’s Industrial Applications of Metal–Microbe Interactions meeting, Dr Delma Childers, a Postdoctoral Research Associate at the University of Edinburgh, described the first small steps she and her colleagues are making on using microbes as tiny prospectors.

Here on Earth, microbes are often used to extract metals from their ores, in a process known as biomining – up to 20% of the world’s copper is produced by bacterial extraction, for example. Microbes can also be used to clean up the wastes produced by mining, in a process known as bioremediation. Delma is trying to work out whether these processes are easily transposed to working under non-Earth gravity.

Delma is working with colleagues from across Europe on a project known as BIOROCK, which will see three species of bacteria – Sphingomonas desiccabilis, Bacillus subtilis and Cupriavidus metallidurans – sent up to the International Space Station (ISS) for three weeks in 2018. These microbes, all thought to be involved in mineral extraction, will be grown on rock samples in microgravity, simulated Martian gravity or simulated Earth gravity (the latter two can be obtained in space using centrifuges).

The team is looking at three things: how well the microbes can grow in space; how capable they are of forming biofilms; and their ability to extract metals from the rocks.

“We’ll be looking at how well the microbes extract iron, magnesium and calcium – effectively small-scale biomining on the ISS.” Delma says.

Bacterial biofilms are often thought of negatively, usually due to their ability to resist antibiotics and attach to medical devices, but their formation has been shown to be important in the biomining process. Previous experiments have shown that other species of bacteria, such as Staphylococcus aureus and Pseudomonas aeruginosa, have been shown to form biofilms in microgravity – although under different growth conditions.

As Delma explains: “Other microbes form wonderfully robust biofilms in microgravity and we hope that’s the case for ours. What’s really nice about our work is that it looks like we’ll be the first to look at not just microbial growth, but also biofilm formation and biomining under Martian gravity; usually biofilm experiments are done on Earth or in microgravity.”

Mars is where these microbes might shine. As we discussed with astrobiologist Lewis Dartnell in our recent podcast, micro-organisms may have a big role to play when we decide to visit Mars – helping to fertilise its nitrogen-poor soil, providing us with food and cleaning up waste water.

While these problems can be solved with traditional technology, microbes have a distinct advantage: their mass is tiny.

“Economically, it’s very cheap to send microbes to space,” Delma told us, “all you need are some dried down bugs and you’re good to go, as long as you can meet their nutritional requirements. It’s much better than sending the heavy-duty equipment and chemicals needed for typical mining.

“There are a lot of people gearing up for the idea of going to Mars and setting up a colony; this project poses some interesting microbial problems and I’d like to be on the forefront of seeing how we could exploit microbes smartly on Mars.”

Although this project is at a relatively early stage – the team are designing the equipment that will be sent into space – the prospects are certainly intriguing. If resources of minerals become scarce, or difficult to access, asteroids or other planets could represent a huge, untapped resource with obvious economic and ecological benefits.