Each month, the Microbiology Society publishes the International Journal of Systematic and Evolutionary Microbiology, which details newly discovered species of bacteria, fungi and protists. Here are a few of the new species that have been discovered and the places they’ve been found. The full papers are available to journal subscribers, but the abstracts are free to read. 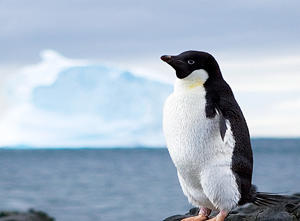 Microbes! Microbes! Get your newly discovered microbes!In Tunisia, a team of researchers has identified a new species of Geodermatophilus – hardy bacteria that can withstand things like ultraviolet (UV) radiation, heavy metals and extremely dry environments. Geodermatophilus sabuli is a gamma radiation-resistant Actinobacterium isolated from limestone in the Sahara desert.

Antarctic penguins were the source of another novel species, Planococcus faecalis. As the name suggests, it was isolated from faeces, which were collected from penguin colonies on King George Island.


Two new species of antibiotic-producing Streptomyces were also discovered this month by a pair of researchers in Korea. S. gilvifuscus displayed antibacterial activity against strains including Staphylococcus epidermidis and Escherichia coli, while the olive-coloured S. olivicoloratus also displayed a range of antifungal activity.

Elsewhere in Korea, scientists exploring the microflora of wasps isolated the new species Lactobacillus vespulae from the gut of a queen. In China, researchers found two new species of Candida yeast in the guts of beetles, collected from their natural habitats in Nanyang, named C. baotianmanensis and C. pseudoviswanathii.

One of the most interesting new strains isolated from insects this month is the delightfully named Erwinia iniecta, which came from the Russian wheat aphid. The authors explain how aphids are sap-sucking insects that also inject their own saliva into wheat plants when they feed. In this way, bacteria can be transferred from the aphids into their food. Using sterilised artificial diets that were probed by the insects, the researchers were able to isolate strains of E. iniecta, which is pathogenic to the aphids but not to wheat.

A team of microbiologists from Japan identified the Proteobacterium Pantoea theicola while investigating the microbes associated with black tea leaves. The researchers isolated the strain from tea extract, which they brewed at 90ºC for 12 minutes. Somewhat different to tea, ‘Bandji‘ is a traditional palm wine made from fermenting palm tree sap. Bandji is drunk in West Africa, and is the source of a new species of yeast: Hanseniaspora jakobsenii.

Finally for this month, Deinococcus metalli is a novel bacterial species that was isolated by researchers in China. The strain is UV-resistant, and was found in an abandoned lead-zinc mine in the Meizhou region of the country.

Image credit: Christopher Michel on Flickr under CC BY 2.0