The Peter Wildy Prize is awarded annually to an individual  for an outstanding contribution to microbiology education and/or communication in order to stimulate interest and understanding. The 2020 Peter Wildy Prize was awarded to Professor Graham Hatfull. Professor Hatfull gave the lecture titled 'Who wouldn’t want to discover a new virus?' at the Microbiology Society's Annual Conference Online 2021. 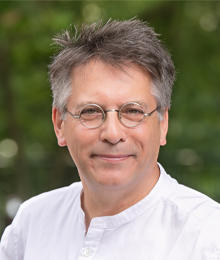 Science education is a challenge, explained Professor Hatfull, due to the difficulty in accessing research experience for students who may not perform as well in a classroom environment. Many students, he noted, could have an excellent aptitude for problem solving in the laboratory, but due to restrictions on the number of laboratory projects for students, they may not be offered the same opportunities as classmates with higher grades, constraining diversity. To tackle this problem, explained Professor Hatfull, students should be engaged in research projects early in their degree, giving thousands of students access to appropriate research experience through an inclusive Research Education Community (iREC).

Professor Hatfull used his iREC Sea Phages (Science Education Alliance – Phage Hunters Advancing Genomics and Evolutionary Science) project as an example. Phage discovery is well-suited for an iREC as there is a vast and diverse population of phage globally, with around tenfold more phage than bacteria in a given sample. On this basis, Professor Hatfull explained, phage isolation, sequencing and characterisation is an ideal student discovery project. During the first term the students would focus on the microbiology of phage isolation, followed by the spring term, which would focus on the bioinformatics of the phage they discovered. Having an identical start point for all students offers an equal opportunity for all students to engage in the project and learn about structuring experiments.

Collectively, 18,730 phage have been isolated by students participating in Sea Phages. These phage are named by the student who discovered them and uploaded to an online database, giving scientists access to the information generated by the students. The programme has been a major contributor to global sequences of Actinobacteriophage, Professor Hatfull noted, influenced by the simplicity of modern sequencing processes and has proven itself to be sustainable with year-on-year increases in student and institution participation. The programme has had a positive impact on the student experiences as well, he continued, with increases in the proportions of students who would like to continue in the sciences and a reduction of students dropping out of science courses, particularly women, under-represented students and first-generation students.

Professor Hatfull went on to discuss the further applications of the Sea Phages project beyond phage discovery. The learnings, he said, from the extensive data generated by this iREC has led to an increased understanding of bacteria-phage interaction, how phage evolve and provided a basis for translation into bespoke treatments of bacterial infections.

The lecture ended with Professor Hatfull acknowledging and thanking his colleagues and everyone who has contributed to the Sea Phages programme, followed by a Q&A session with Dr Tim Blower.

You can view Professor Hatfull’s full Prize Lecture below.