The state of the world's fungi symposium

On 12 September, scientists at the Royal Botanic Gardens, Kew published a comprehensive report on the state of the world’s fungi highlighting the often overlooked importance of this kingdom. To coincide with this, a two-day international symposium was organised. My knowledge of fungi was minimal (other than an appreciation for Portobello mushrooms) and so I was excited to attend and learn more!

The symposium kicked off with a welcome by Professor Kathy Willis, Director of Science at Kew who drew attention to some of the key findings in the report and themes that were to recur over the two days. These included the immense diversity of fungi and the relative lack of knowledge compared to animals and plants, the need for fungal conservation, the “Jekyll and Hyde” roles of fungi, and the difficulty in classifying different species. 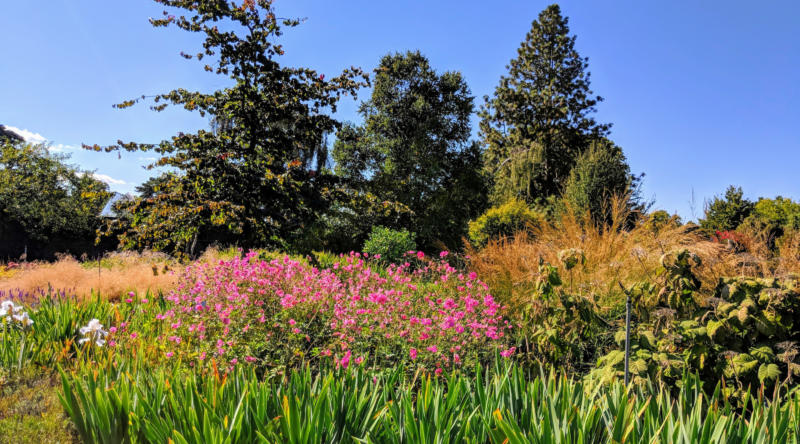 Although there are thought to be roughly 3 million species of fungi, only 144,000 species have been classified. Of these, just 56 have been assessed for risk of extinction by the International Union for Conservation of Nature (IUCN). Speakers from across the globe highlighted the role of citizen science in contributing to fungi species knowledge, and the value of regional and global red lists. For me, the highlight of this session was a case study of The Fungi Foundation, a Chilean NGO which took a top-down approach, successfully lobbying to incorporate fungi into environmental legislation and making Chile the first country in the world to have done so.

The rest of the day was spent pondering the question Does all plant life depend on fungi? focusing on the symbiotic relationships between plants and fungi. This included a session dedicated to lichens which discussed the symbiosis between fungi and photosynthetic partners. Plants provide fungi with access to food while fungi provide plants with access to water and nutrients – a relationship thought to have allowed the initial colonisation of land by plants.

Furthermore, fungi - described as the garbage disposal agents of the natural world - have important roles in decomposition and nutrient cycling that are essential for terrestrial ecosystems. So plant life as we know it (and by extension animal life) does indeed rely on fungi!

The bad side of fungi:

However, not all fungi are “fun-guys”. The more dangerous side of fungi was explored the following day with speakers describing the challenges caused by fungal pathogens. Fungal pathogens such as wheat stem rust - a disease that has persisted since 350bc; the time of Aristotle - can affect crop production. But the impact of control measures on biodiversity must be considered.

The spread of such pathogens is difficult to control as spores can be easily dispersed in the wind, but it was also recognised that climate change and human activities such as monoculture and international travel – pathogenic spores can hitch across continents undetected on our clothes – are also to blame.

The next session delved underground to explore mycorrhizal fungi which associate with 90% of land plants. These are key components of the soil microbiome and are vital for carbon sequestration, and fungal-plant networks also known as the “wood wide web”. A fascinating parallel between human societies and fungal–plant networks, in which cooperation is dynamic and subject to the laws of supply and demand, was described by Professor Toby Kiers. She discovered that fungi are able to discriminate between their multiple host plants, making more nutrients available to those that are a richer carbon source and vice versa for plants and fungi – thus acting like trading partners.

Finally we came to mushrooms – the fruiting bodies of fungi. Specifically the black winter truffle, one of 350 edible species, also known as the black diamond due to its considerable commercial value. Its cultivation has revitalised the local economy in Spain, not least through “myco-tourism”. For any keen truffle hunters out there – harvest season is coming up!

Numerous other commercial uses for fungi were described; they are a rich source for industrial enzymes used in household detergents and the food and beverage industry, they produce compounds of medicinal value. For example, the life-saving cholesterol-lowering drug lovastatin, and they are even being used to make sustainable leather trainers from agricultural waste!

Throughout the symposium I learnt that fungi contribute to so much more than the mushrooms (and bread, cheese, wine, beer and Quorn™) on the supermarket shelves. They have incredibly important functions and could help solve some of the world’s biggest challenges from global warming to plastic pollution. With so much yet to be discovered I for one will certainly be paying more attention to fungi.