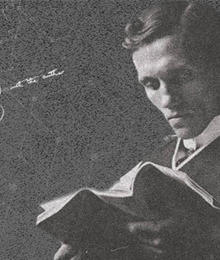 Established in 1976 and named after Sir Alexander Fleming, co-founder of the Society of General Microbiology (SGM), member and its first President (1945-1947) the Fleming Prize Lecture has recognized the work of 44 early career microbiologists, many of whom have gone on to achieve distinguished careers, honours and in one case (Sir Paul Nurse FRS) a Nobel Prize.

The recipient of the Fleming Prize Lecture will receive £1,000 and be expected to give a lecture based on their research at the Microbiology Society's Annual Conference. They will also be strongly encouraged to publish the lecture in one of the Society’s journals, whichever is the most suitable. This decision will be at the discretion of the Editors of the journals.

Nominations for the 2024 Prize are now closed. Details of the nomination process, award criteria and administration can be found below.

The following playlist includes some of the lectures from our previous Fleming Prize winners.

We welcome nominations for early career researchers who have achieved an outstanding research record within 12 years of being awarded their PhD. Years may be added to this total in respect to substantive reasons, which could include maternity/paternity leave, long-term sickness, or similar reasons. If you have any questions about eligibility, please contact [email protected].

All nominations should be accompanied by a CV pro forma at the time of submission. The deadline for 2023 nominations has now passed. If you require inspiration for your nomination, please see the example nomination forms available on the Prize Lectures page.

If your nomination was unsuccessful, please remember that we automatically consider all Fleming Prize nominations again, for as long as the nominee remains eligible for the Prize. The Society office will contact you each year in order to update the nomination.

The Fleming Prize recognises individuals who have made a distinct contribution to microbiology early in their career.

For questions about the Fleming Prize, please contact [email protected].