The Fleming Prize is awarded each year to an early career researcher who has achieved an outstanding research record within 12 years of being awarded their PhD. This year the Prize was awarded to Professor Britt Koskella from the University of California, Berkeley, USA, for her work on microbiome diversity and its impact on host health. At Annual Conference Online 2021, she presented her Prize Lecture titled, ‘The challenges and opportunities for understanding the factors shaping the plant microbiome.’ 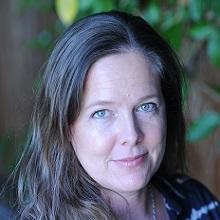 Professor Britt Koskella began her talk by introducing her interest in defining diversity and answering the questions on how it’s generated and maintained over time. Both ecology and evolution are filled with theories and empirical tests of mechanisms, by which diversity is explained. However, Professor Koskella is specifically interested in how many of these translate over to the microbiome and what makes the microbiome unique.

Professor Koskella sectioned her talk by focusing on four factors that shape the microbiome: environment, competition and cooperation, parasites and predators, and host-symbiont (co)evolution:

The phyllosphere – the microbial habitat of the above-ground surface of a plant – was used as a model system in much of Britt’s work. Less well studied than the rhizosphere, the role it plays in promoting plant health is increasingly being recognised. Further, Professor Koskella commented on the phyllosphere being an ideal model, due to it being spatially explicit, easy to measure and manipulate, and an incredibly rich habitat as it makes up 60% of the biomass across all taxa on Earth.

By manipulating water availability, phosphorous in the soil and below-ground associations with symbiotic fungi that live around the roots, called the mycorrhizae, Professor Koskella and her team were able to investigate how the below-ground environment impact the above-ground phyllosphere and microbiome. As plants were stressed by below-ground conditions, microbiome diversity above ground was lost. Parallels were seen between the wild type and mycorrhizal genotype tomato plants demonstrating that community diversity is shaped by what is happening below ground.

The next study Professor Koskella highlighted, demonstrated the role phage play in maintaining diversity in the microbiome. It was found that phage reduce bacterial density during community assembly, however, increased diversity as more taxa were observed. This follows the ‘kill the winner’ theory, that by killing the most dominant bacteria, phage open up space and resources for other less dominant taxa to thrive. Phage can steer the makeup of the microbiome, and this knowledge could have applications in phage therapy when considering how we could manipulate the microbiome.

Finally, Professor Koskella focused on the role the host plays in influencing the microbiome. She talked about a study that took a field-generated inoculum and sprayed it on replicant plants grown in greenhouses over many generations. The microbiome taken from the first generation was then sprayed on the next and so on, for four generations. By the end of the experiment, only 25–30% of original taxa remained. The original inoculum and the final microbiome from the fourth generation were sprayed on identical plants to show how each community grows, as well as a mix of both. The plants sprayed with the final microbiome and mixed were found to be statistically indistinguishable, showing the newly selected microbiome cannot be invaded.

When thinking towards the future, Professor Koskella reflected on how many of the findings from her work could be used to further understand how these interactions are affected by our current agriculture systems to move towards more sustainable processes.

Through her work on the microbiome, Professor Koskella has found that diversity is power. Diversity leads to incredible adaptability and functionality that provides many benefits to the host. Professor Koskella rounded up her Lecture by highlighting that this is much the same with scientific teams and communities. As a microbiological community, we must create a truly equitable, diverse and inclusive space as a way to succeed in science.

You can view Professor Koskella’s full Prize Lecture below.