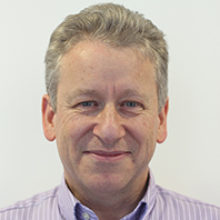 Professor Neil Gow is the Deputy Vice-Chancellor (Research and Impact) and a Co-Director of the Medical Research Council (MRC) Centre for Medical Mycology at the University of Exeter, UK. He was awarded the Society’s 1993 Fleming Prize for his outstanding work in fungal biology. Neil is an expert in the field of medical mycology and his work is focused on understanding how the fungal cell wall is synthesised and how it is recognised by immune cells in order to determine ways to kill pathogenic fungi by blocking cell wall assembly.

I was reading my published Fleming Prize Lecture for this interview – and it is a good record of where I was in 1993. I was studying a number of different fungi using a wide range of different methodologies including microscopy, biochemistry, molecular biology and electrophysiology. My primary interest and work to that time was focused on fungal growth and morphogenesis and its relationship with pathogenicity. At that time, the application of molecular genetics was just beginning to impact the field of medical mycology and I was one of the first to create a gene-knockout mutant in Candida (I say ‘I’ because this was an experiment I actually did myself – happy days). I mentioned in my Fleming Prize Lecture that studying Candida albicans mutants in glycosylation would enable new ways to study how the fungus interacts with host cell surfaces – and this has turned out to be the main focus of the work we currently do in my lab.

What first attracted you to this field of research?

I was originally going to be a marine biologist. I’ve always been attracted to the mystery of what lies beneath the surface. I look at the surface of the ocean and wonder what is swimming underneath, or a loch and wonder where the biggest trout is. To me, microbiology and marine biology satisfy this curiosity in a similar way. Microscopic creatures can’t be seen because they fall beneath the resolution of the eye – but there are amazing things in that invisible world. As an undergraduate student at Edinburgh, I had a close relationship with mycologist Jim Deacon. He first inspired me to think about fungi. Then I went on to do my PhD, focusing on Candida albicans and cell walls, with Graham Gooday, who became a mentor and friend. My postdoctoral supervisor Franklin Harold was also an inspirational thinker who liked to challenge dogma and made you defend your ideas and hypotheses very carefully.

Could you tell us about any discoveries you’ve made in fungal research that continue to excite you?

I find it very easy to get excited about the discovery process – turning the pages of the unread book of life is a romantic and fascinating activity. When I gave the Fleming Prize Lecture, my group were also working on how the swimming zoospores of oomycete plant pathogens locate roots by sensing the electrical fields that plants generate as a consequence of the segregation of ion transport processes. Plant roots can act as anodes or cathodes, whilst zoospores are drawn to the different poles. I was delighted to be contacted just a few weeks ago by a PhD student who is taking this work up again. The first figure of my Fleming Prize Lecture also reminds me of the discoveries my group have had by looking carefully in the microscope at living cells. My second publication (published in the Journal of General Microbiology, now Microbiology) described how vacuoles are distributed in Candida hyphae and how this affects how they grow. Many years later, one of my postdocs generated a series of mutants that had altered patterns of vacuole biogenesis and used this to show how vacuole volume regulated branching frequency. I also remember making a chitin synthase 2 mutant, only to discover that, after elimination of dominant chitin synthase activity, this had little phenotype in terms of growth. This has created a puzzle and has led my group to systematically dissect the roles chitin synthases play in fungal biology and antifungal drug responses.

Retrospective wisdom doesn’t count for much. Perhaps, if I had been better in anticipating some of the pitfalls of my research programme, I might have avoided them better. But I realise I learnt a lot from our failures. In my Fleming Prize Lecture for example, I described a hypothesis that a bioelectrical proton current flowing into a hyphal tip was critical in establishing the axis of polarity for growth. We had shown that new currents could predict exactly where new tips would emerge. Many experiments later we proved this hypothesis was simply wrong. But the work we did to demonstrate this helped frame better hypotheses – and some of these are still holding water!

What did it mean to be awarded the Fleming Prize?

I remember being very excited and humbled at the same time. This was a very special experience for a number of reasons. The first Fleming Prize awardee was my PhD supervisor Graham Gooday. Many of our Fleming awardees have had major influences in the field of microbiology and I felt truly honoured to be nominated for such a prestigious award. I was incredibly lucky to be promoted by people and the microbiology staff at Aberdeen who had supported me. I will always be thankful for the mentorship that I benefitted from. I also enjoyed going on, many years later, to become the President of the Society and to have the honour of awarding the Fleming Prize in turn to other microbiologists. The Fleming Prize winners who gave their talks during my time as President (David Grainger, Stephen Baker and Sarah Coulthurst) were all outstanding scientists – and fantastic communicators.

I’m biased but microbiology is clearly one of the most important disciplines in biology. Microbiology is important to global ecology, global health, biotechnology, and in the food and pharmaceutical industries. Microbes have also been amongst the most important general models for cell and molecular biology, providing quick and precise insights to so many fundamental questions. There is also more biodiversity in microbiology than for any other form of life, so we have really only scratched the surface of our discipline. There are more phages in a cup of seawater and more bacteria in a gram of soil than there are people in the world. Microbes started the tree of life and they will be the last survivors on the planet. In between, they influence every aspect of society (as appreciated only too well in these days of COVID-19 lockdown).