An interview with Professor Jeff Cole 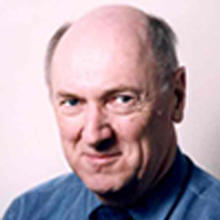 Jeff Cole is an Emeritus Professor at the University of Birmingham. In this interview, he talks about his research expertise and interests, as well as his active involvement with the Microbiology Society. Professor Cole has been heavily involved with Society activities and has contributed a lot of his time to mentoring early career editors, alongside other responsibilities he has taken up to help the microbiology community.

Tell us about your area of research and your current role.

I am an Emeritus Professor at the University of Birmingham with expertise in microbial physiology, biochemistry and gene regulation. I am also an Honorary Member of the Microbiology Society, which I joined in 1970. My main research areas are in anaerobic bacterial metabolism and gene regulation in enteric bacteria, Neisseria gonorrhoeae and sulfate reducing bacteria, and especially topics related to the nitrogen cycle. These have included studying genetic organisation, transcription control and proteins involved in nitrate reduction, nitrite reduction and nitrosative stress caused by nitric oxide. I was a journal editor for 35 years, including Chief Editor of FEMS Microbiology Letters for 12 years, during which period the 75 editors have dealt with >14,000 submissions.

What encouraged you to pursue a career in the field of microbiology?

I was an undergraduate at Oxford University studying chemistry. I especially liked inorganic transition metal chemistry. I stumbled into microbiology when for my fourth research year I was offered a project by one of Hans Krebs’ protégés, David Hughes. During that year, David was appointed the first – and last – Head of the Microbiology Department at Cardiff University.  I accepted an offer to study for a D Phil (Oxford) under the supervision of Julian Wimpenny, first in Oxford and then with leave of absence in Cardiff.  The project concerned the physiological role of a c-type cytochrome during the anaerobic growth of E. coli. The aim was to show that it was a key component of hydrogenase, but I showed that its synthesis is induced by anaerobic growth in the presence of nitrite or low, but not high, concentrations of nitrate. I was pleased to be able to expand this line of microbiological research when I moved to Birmingham as a 27-year-old lecturer in 1969.

Can you tell us about your biggest professional achievement(s) so far?

In research, working in parallel with John Guest, we showed how enteric bacteria regulate the switch from aerobic to anaerobic growth. The key is the transcription factor, the FNR protein. This led to the demonstration that there are two pathways for nitrate reduction to ammonia, one located in the bacterial cytoplasm, the other in the periplasm. Just before I closed my laboratory, we showed that much of the literature is wrong about how E. coli and Salmonella enterica protect themselves against nitrosative stress in oxygen-limited environments such as the GI tract. The key player is not the haemoglobin-related protein, HMP, but the hybrid cluster protein, HCP.

In 1987 the famous Howard Rogers urged me to help Harry Smith with a problem that had vexed him for 17 years – how gonococci become resistant to serum mediated killing. This is essential for gonococci to survive in the human body. We showed that the answer is a beautiful example of molecular mimicry in which the sialic acid donor synthesized by the human host is commandeered by the gonococcus to coat its surface lipo-oligosaccharide with sialic acid. Sialylation converts the carbohydrate component of LOS from an antigen into an oligosaccharide that is a normal component of serum proteins, for example, transferrin.

Why did you decide to become an Editor Mentor for Access Microbiology? How are you finding the role?

The Microbiology Society has been a fantastic organisation in helping me in my career. I have served as a Journal Editor, as General Secretary of the Society, and I inaugurated the Society’s microbial physiology section. Now as an Honorary Member it is a privilege to be able to help others.

My role so far has involved helping inexperienced editors reach decisions with difficult manuscripts, especially where two referees disagree. It is a pleasure to be able to interact with young editors who are keen to help authors improve their manuscripts.

I was advised to do so by colleagues who considered this to be an important way to build collaborations and to get my research recognised.

Have you taken part in any activities as a member of the Society?

The former Society for General Microbiology used to organise 3 meetings a year. Invited speakers for the main April meeting (and later also for the September meeting) were required to contribute a manuscript for the SGM Symposium series. I edited three of these volumes. I was also the General Secretary from 1979 until 1984 and then started the Microbial Physiology Section of the Society. I served on the SGM Council in the early 2000s and was also a member of the editorial board for the Journal of General Microbiology from 1979 until 1986.

Early career scientists depend heavily on learned societies to help them increase the quality and visibility of their research results. Once they are established it is vital that that they provide similar help to the next generation. The Society has a superb professional staff, but nevertheless it can continue to function well only if it is strongly supported by volunteers. The Society achieves the major key to success: voluntary work must be both rewarding and a pleasure. Many other learned societies fail to achieve this.