An interview with Professor Jeffrey Almond

Professor Jeffrey Almond is Chairman of the Scientific Advisory Board at Osivax. His expertise lies within vaccination and Influenza. His research majorly contributed to the understanding of polio and how to eradicate the virus via vaccination. 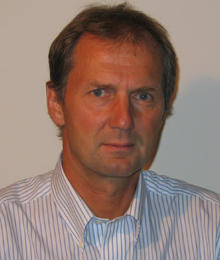 Why does understanding viruses matter?

Not all, but many viruses cause disease. We are particularly interested in studying human pathogens, which include diseases which have had devastating consequences for humans, such as polio, measles, smallpox, influenza, yellow fever and HIV.

Why does understanding how pathogens spread important to microbiology?

Understanding how pathogens are replicated, how they spread, and how they cause disease is key to developing methods that can prevent disease and control the spread.  Avoiding disease is a major motivation for understanding microbes.

You have made major contributions to enhance the understanding of polio virus and vaccination. Tell us about your research.

With colleagues such as Glyn Stanway, Alan Cann and others, I worked on polio viruses as an academic in the 1980s in collaboration with scientists Phil Minor, Geoffrey Schild, Andy Macadam and others at the National Institute of Biological Standards and Control (NBISC) in London. It was here that we were able to carefully look at the live attenuated polio vaccine (the one taken over a sugar lump) and compare it in terms of its total sequence with the wild-type viruses that Albert Sabin had used to derive those vaccine strains. He derived them by multiple passage of the virus in monkeys and cell culture.

The aim of our research was to determine what mutations had changed the wild viruses into attenuated ones that could be used in vaccines.  We were also aware that very rarely, these viruses can revert to a wild-type phenotype and can occasionally cause disease in recipients (approximately one in 700,000). Moreover, they can also spread, to people in contact with the vaccinees if they have not themselves been vaccinated. Much of the information gained from our collaborative research informed what needed to be monitored and carried out in the polio eradication programme.

In 1988, the World Health Organization (WHO) and World Health Assembly declared their intention to eradicate polio disease from the world by the year 2000. In 2019 we still aren’t quite there but the reduction in cases of disease has been remarkable, particularly in the early years when we went from approximately 350,000 cases per year in 1988 to just a handful of wild-type cases in recent years.

We are still seeing some wild-type viruses and a small number of cases in Nigeria, Afghanistan and Pakistan, but the virus has almost been eradicated.  We aren’t seeing any cases of wild poliovirus type 2, type 3 has pretty much gone and the occasional case that we are still seeing is type 1.

Why is the live attenuated vaccine important in terms of eradicating disease?

The live attenuated vaccine has been the base of the eradication programme.  But it’s a little different from the small pox virus where once we eliminated the virus, we could stop vaccination. Those in the polio field now realise that after we have eliminated polio we are going to have to continue to vaccinate for a decade or more after eradication. In other words, we will need to continue to vaccinate in order to maintain a polio free world. This is necessary as we are aware of a small number of people who have received the live attenuated vaccination in the past and become persistently infected and continue to shed virus in their faeces for many years.

Thus after eradication of wild viruses, there is still a danger that these few persistently infected people could be a source of a new outbreak if vaccination stops and we build up a cohort of children who are not vaccinated. The best way to play out this “end-game“ is to shift to inactivated polio vaccine which means we do not risk having any more of these long term excreters and we maintain a polio free world.  We just have to be careful and make sure we keep vaccinating for some time after eradication is achieved.

How was your research relevant to achieving this success?

There are many thousands of species of microbes that we know do important things in the environment. Only a few of those microbes cause disease and those have been the ones we have worked on and know most about.

There is also the human disease element, the pathogens and how they cause disease, how they spread and how antibiotic resistance arises and spreads.

Why does developing vaccines remain a challenge for microbiology?

There are several infectious diseases which, for various reasons, are difficult to develop vaccines against. For example; viruses such as HIV, HCV and influenza, show considerable antigenic variability, and this poses a problem for vaccinologists. Others may exist in multiple serotypes such as rhinoviruses, this is also the case for bacteria such as Shigella and enterotoxigenic Escherichia coli (ETEC). The multivalence that would be required to provide meaningful protection against these infections is daunting for manufacturers and formulators. Other challenges persist, such as the possibility that the immune response provoked by a vaccine may play a role in pathogenesis, as has been seen in respiratory syncytial virus (RSV) and more recently in dengue. Ensuring safety is therefore a challenge in these cases. Basic research on these and other pathogens, remains a priority given that infectious diseases remain a major killer worldwide.

I studied microbiology as an undergraduate and then undertook a PhD working on influenza virus. It was clear that the Society was the natural home for a young microbiologist; as a place to meet other scientists working in the field, get papers published, posters, presentations, and really, to have a forum to get my work known and to understand the work of others. I joined as a student member and then became a full member, was a member of Council and acted as International Secretary for a number of years. I regarded the Microbiology Society as my natural home and the meetings we had every year were key for me to attend during my PhD, postdoc, and as a young academic.

Why is it important now to be a member of the Society?

For those same reasons, but I recognise also the importance of being multi-disciplinary. I studied biochemistry and genetics as well as microbiology. These days, if you go to a meeting on disease pathogenesis, you will find microbiologists, immunologists, geneticists and pathologists at the same meeting. It is important that you are integrated with other biological disciplines relevant to your research work and interests. That said, I still feel there is a strong role for the Society to bring people together and make sure there is a place for interchange and exchange, for microbiology in the UK and beyond.