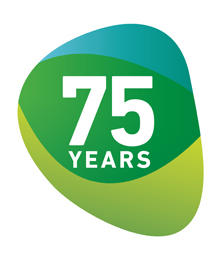 Microbiologists are involved in addressing challenges that vary from urgent problems demanding immediate solutions - such as new and emerging diseases - through to long-term issues like antimicrobial drug resistance, food security, and environmental sustainability. To mark the 75th anniversary of the Microbiology Society, we embarked on an ambitious project that demonstrates the value and raised the profile of microbiology in addressing the world’s biggest challenges. Specifically, we are focusing on how microbiology can help to achieve the United Nations Sustainable Development Goals (UN SDGs).

The SDGs are a collection of 17 goals and 169 associated targets adopted by all Member States of the UN in September 2015. Wide-ranging and ambitious, the goals are a blueprint for transforming our world by 2030. They are interconnected and address economic, social and environmental challenges crucial to a better and more sustainable future for all.

Microbiology can contribute to achieving the UN SDGs in many ways. Given the breadth of the discipline of microbiology, it can play a role in accomplishing almost all of the 17 Goals.

However, while the broader role of microbiology is still taken into consideration, the ‘A Sustainable Future’ project focused on three project streams where the contribution of microbiology is particularly significant and relevant. These included antimicrobial resistance, which has been described as one of the biggest threats to humanity; the circular economy, a system which aims to maximise the efficient use of the world’s finite resources; and soil health which is essential to feed our growing population.